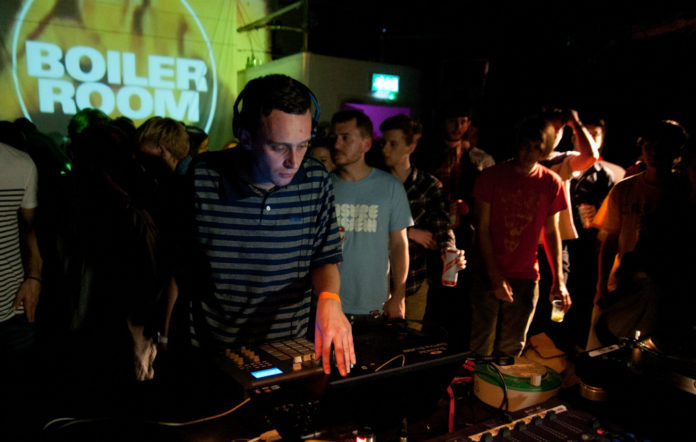 Boiler Room fans are now able to access an extensive archive of past mixes via Apple Music, thanks to the two platforms striking a new deal.

“Boiler Room is now available to Apple Music subscribers worldwide,” a statement reads. “Listeners can now access a catalogue of over 200 of the most influential recordings from Boiler Room’s ten-year history.”

The post goes on to confirm that royalties will go directly to the DJs, while the artists whose music is featured in the set will also receive compensation.

Available through the team-up is Boiler Room’s lockdown series Streaming From Isolation, classic sets such as Honey Dijon at Sugar Mountain and Ben Klock from the first Boiler Room space in Berlin, and many more.

According to Crack Magazine, the Apple Music 1 station will also play host to a new weekly show, Boiler Room Radio. The program will reportedly contain in-depth interviews and mixes from featured artists.

Yesterday, it was revealed that the likes of Blink-182‘s Mark Hoppus, Snoop Dogg and Alanis Morissette have bagged their own slots on Apple Music Hits.


Since its inception, Beats 1 – now known as Apple Music 1 – has launched special shows from the likes of Elton John, Billie Eilish, Haim and Frank Ocean. Most recently, Lady Gaga debuted her weekly Gaga Radio program on the station.

Oliver Schusser, vice president of Apple Music, Beats, and International Content, said that the new Apple Music stations will offer “an unparalleled global platform for artists across all genres to talk about, create, and share music with their fans, and this is just the beginning.”