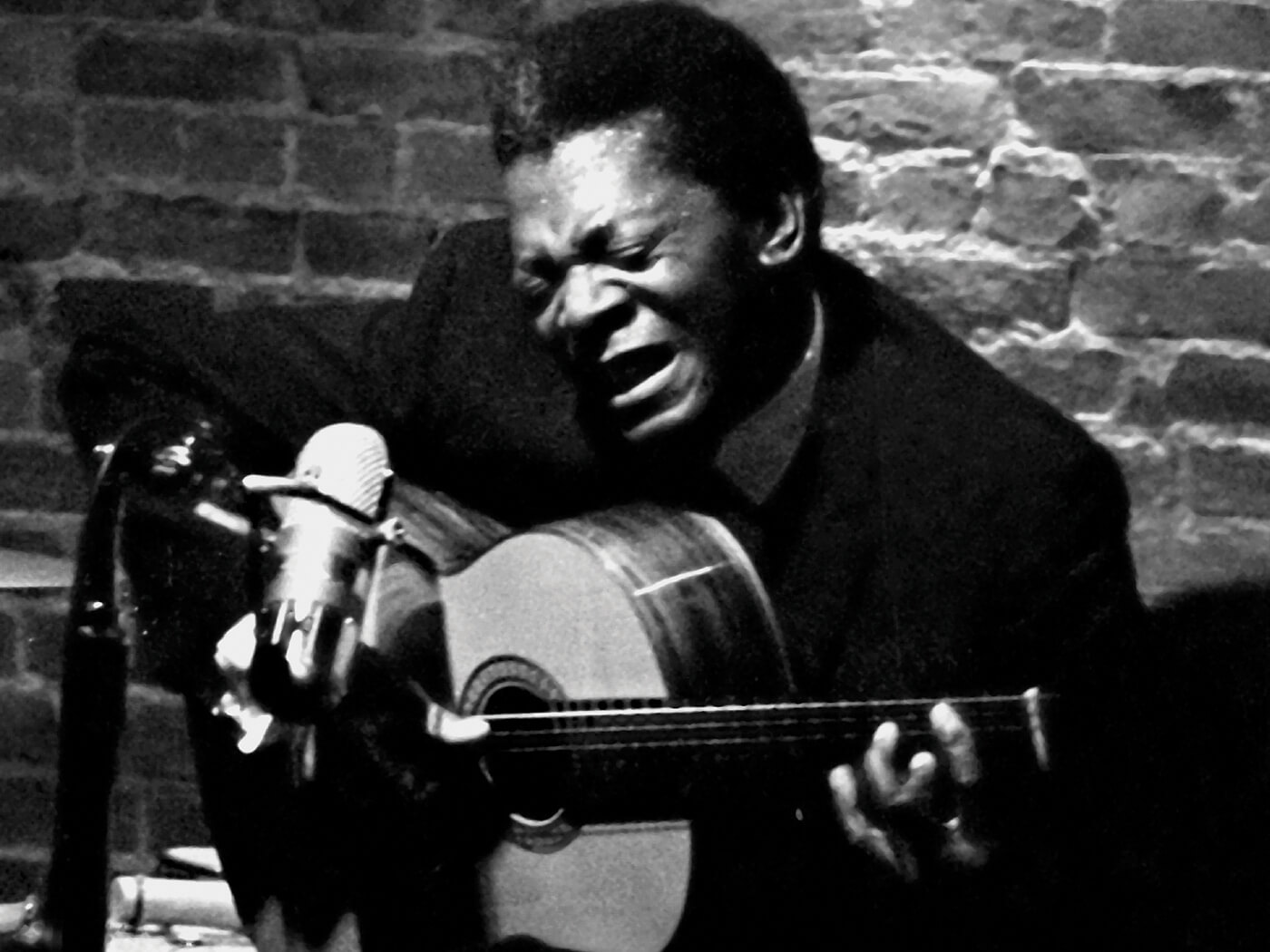 Bola Sete – Samba in Seattle : Live at the Penthouse

In the pantheon of guitar gods, from Delta blues sliders and ferocious rock gunslingers to fingerpicking folk stylists and bold American primitives, the gentle maestros of the Brazilian nylon-stringed acoustic (violão in Portuguese) too often get forgotten. The likes of Joao Gilberto, Luiz Bonfa and Heitor Villa-Lobos all deserve recognition, but perhaps the finest of them all was Bola Sete. John Fahey called him his “favourite guitar player” and signed him to his Takoma label, while Carlos Santana likened him to a nylon-stringed Hendrix and said to hear him play was to be in the presence of “something multi-dimensionally divine”.

You can hear what both of them meant on these three generous discs of previously unreleased live recordings, made between 1966–68 during his annual visits to Seattle’s Penthouse club.

Bola Sete was born Djama De Andrade in Rio in 1923 and took his stage name from the black seven ball in when he became the only non-white musician in his first professional jazz ensemble. Classically trained, his early guitar heroes were , and , whose influence he combined with the traditional samba and bossa rhythms of Brazil. He made his first recordings for EMI’s Brazilian imprint Odeon in the mid-1950s before he left the country of his birth in 1959. He never returned before his death from lung cancer in California in 1987. Settling in the US, he played in hotels in New York and San Francisco, where he was discovered by Dizzy Gillespie, who took him on tour and got him a showcase at the Monterey Jazz Festival.

These trio recordings with Sebastião Neto on double bass and Paulinho Magalhães on drums capture him at a crossroads. His next studio album, 1970’s Working On A Groovy Thing, boasted a more expansive production and instrumentation with pop and rock covers and has since provided much sample fodder for hip-hop. Here, however, he’s still in classic 1960s acoustic instrumental bossa/samba/jazz mode, mixing his own compositions with Brazilian standards by Jobim, Bonfa, Villa Lobos and Marcus Valle plus weightless covers of Johnny Mandel’s “The Shadow Of Your Smile” and Duke Ellington’s “Satin Doll”. The virtuosic precision is self-evident in his mix of rhythmic chording and breath-taking soloing. Yet it’s the mood he creates which is every bit as striking as his technical skill, as he takes an over-familiar tune such as “Garota de Ipanema” (The Girl From Ipanema) and, with his imaginative improvisations, makes you feel you’re hearing it with new ears.

Fahey once said that Bola Sete’s music came from a time “when people were closer to themselves, God and each other”. It oozes forth on these recordings from every scintillating note.