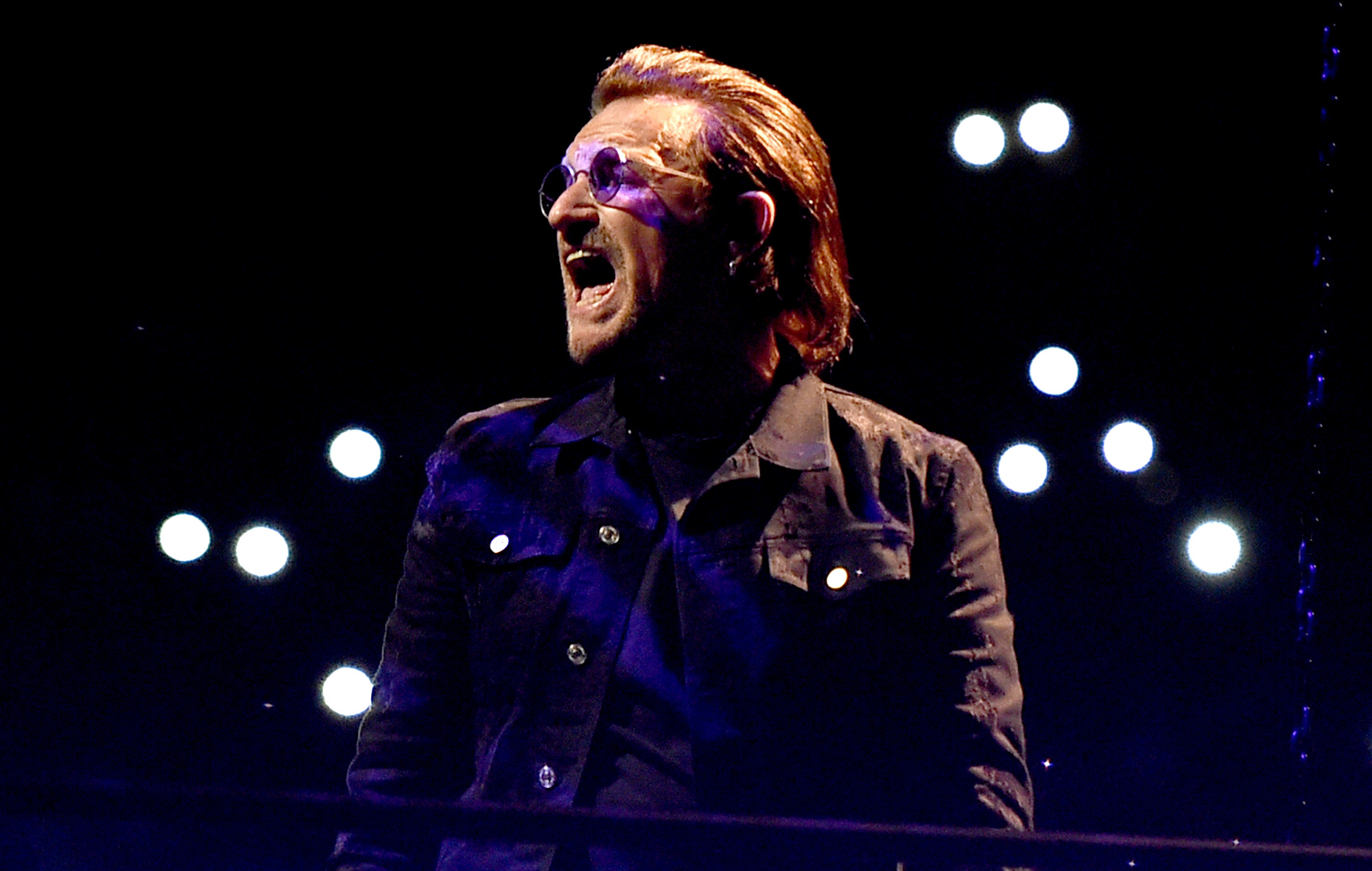 U2 leader Bono has announced his debut foray into the world of literature, slating a November release for his memoir Surrender: 40 Songs, One Story.

The 576-page volume is due to land on November 1 via publishing house Alfred A. Knopf (and in audiobook form via Penguin Random House), and, as its title implies, will explore the origins of 40 key songs in U2’s discography. Each chapter is named for the song it covers, with Bono’s life story weaved throughout the book.

As a press release notes, Surrender will not only detail Bono’s entire musical journey, but also the critical moments in his life that both led to and accompanied it. It spans everything “from his early days growing up in Dublin, including the sudden loss of his mother when he was 14, to U2’s unlikely journey to become one of the world’s most influential rock bands, to his 20 years of activism dedicated to the fight against AIDS and extreme poverty”.

In celebration of his 62nd birthday yesterday (May 10), Bono shared an early taste of Surrender in the form of a narrated animation. It’s a reading of the chapter ‘Out Of Control’, detailing the Ramones-inspired genesis of U2’s titular ’79 single. Have a look at the animation – helmed by Rosewood Creative, using Bono’s original drawings as a basis – below:

“When I started to write this book, I was hoping to draw in detail what I’d previously only sketched in songs,” Bono said in a statement shared with the announcement of Surrender. “The people, places, and possibilities in my life. Surrender is a word freighted with meaning for me. Growing up in Ireland in the seventies with my fists up (musically speaking), it was not a natural concept.

“A word I only circled until I gathered my thoughts for the book. I am still grappling with this most humbling of commands. In the band, in my marriage, in my faith, in my life as an activist. Surrender is the story of one pilgrim’s lack of progress… with a fair amount of fun along the way.”

In his own statement, editor/publisher Reagan Arthur added: “All of the passion that Bono brings to his music and his life he also brings to the page. Seven years ago another legend, the late Knopf editor Sonny Mehta, acquired the book, because he knew Bono fits into the tradition of literary Irish storytellers, and we were lucky to have Sonny’s notes on an early draft of the manuscript.

“We’re luckier still that Bono not only has a dramatic personal history to tell, but he’s also a truly gifted writer. Surrender is honest, intimate, irreverent, and profound – a dazzling memoir of a remarkable life.”

Pre-orders for Surrender: 40 Songs, One Story are available now. Find them here, with the book’s cover seen below: 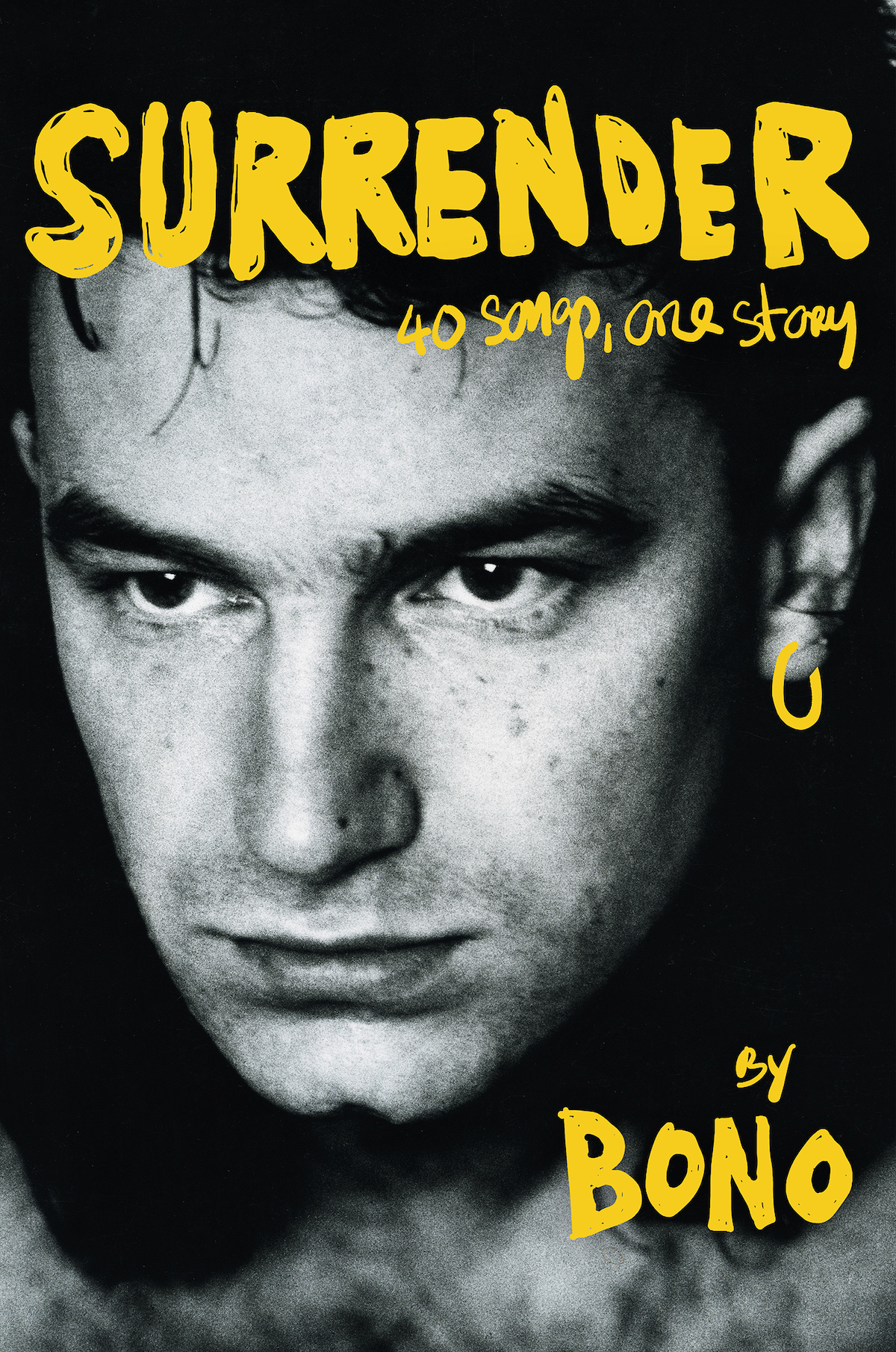 Earlier this month, Bono and U2 bandmate The Edge held a surprise acoustic concert in Kyiv, performing in a bomb shelter at the invitation of Ukrainian president Volodymyr Zelenskyy. The duo delivered a set featuring some of their biggest hits as they showed their support for the country, which has been fending off an invasion by Russia since February 24.

In other U2 news, a new TV series about the band is currently being developed by J.J. Abrams. According to various industry reports, Abrams and his Bad Robot company are developing a scripted series for Netflix, with U2 themselves “expected to be involved [in] and sanction the project”.

Last November, The Edge revealed that the band were working on a new album. The update came shortly after U2 released the track ‘Your Song Saved My Life’, their first new material in two years. Their most recent studio album, ‘Songs Of Experience’, came out back in 2017.