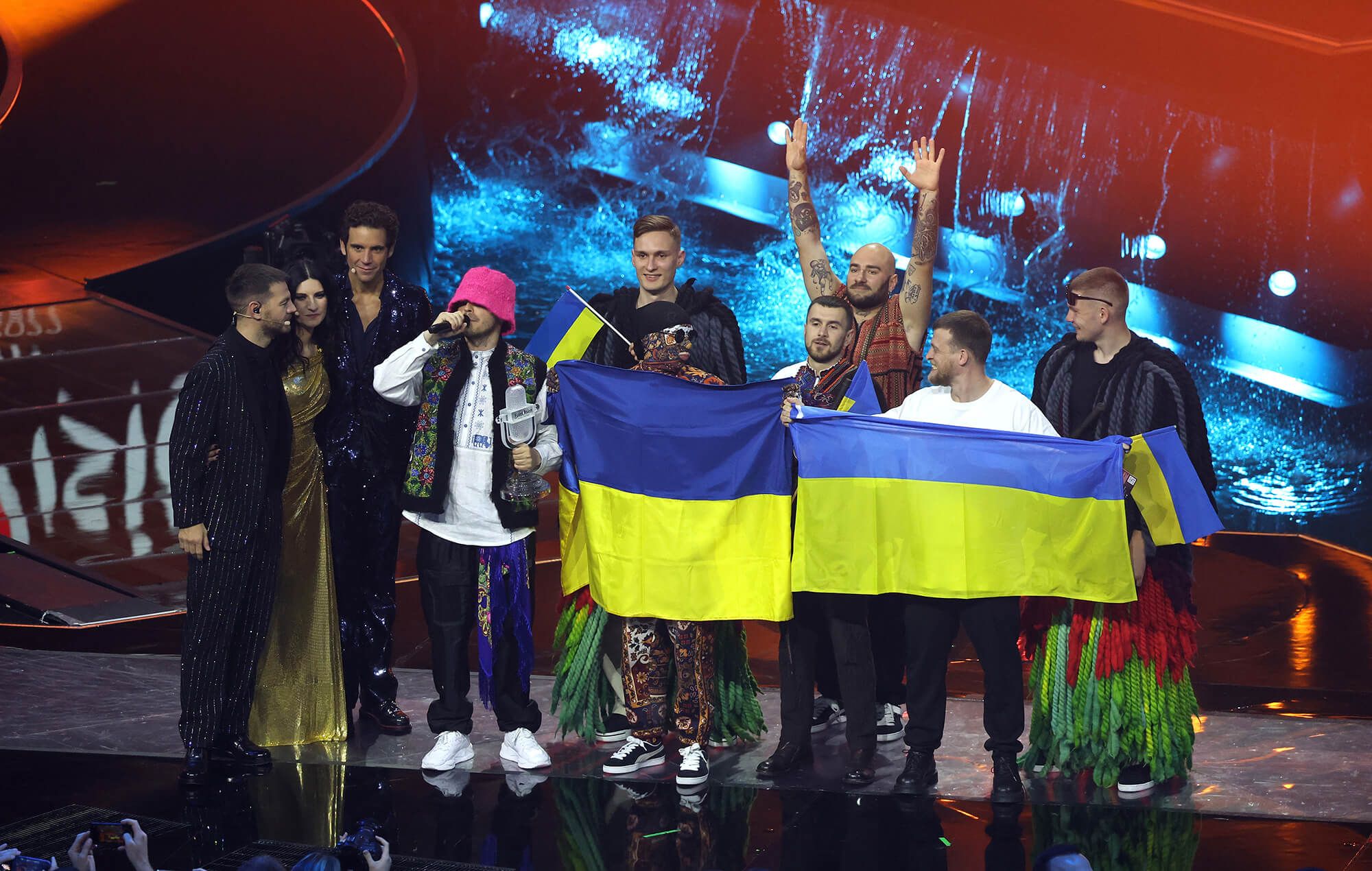 Boris Johnson thinks Eurovision 2023 should be held in Ukraine: “I hope they get it”

Prime Minister Boris Johnson has said Ukraine should be given the chance to host Eurovision 2023 after it was confirmed that talks were underway to potentially bring next year’s contest to the UK.

Ukrainian group Kalush Orchestra won this year’s song competition with a huge 631 points, and it was therefore set to be staged in the country in 2023.

However, the European Broadcasting Union (EBU) announced “with deep regret” yesterday (June 17) that it will not be possible to do so amid the threat of the ongoing Russian invasion.

In a statement, the EBU also revealed that it “will now begin discussions with the BBC, as this year’s runner-up, to potentially host the 2023 Eurovision song contest in the United Kingdom”.

“It is our full intention that Ukraine’s win will be reflected in next year’s shows,” the update continued. “This will be a priority for us in our discussions with the eventual hosts.”

The competition was last held in the UK in 1998 after the UK won with Katrina And The Waves’ ‘Love Shine A Light’ the previous year. Last month, the 2022 entrant Sam Ryder gave the nation its best result since ’98 – coming in at second place with 466 points overall.

The @EBU_HQ has issued the statement below regarding the hosting of next year’s #Eurovision Song Contest.

Upon his return from his trip to Kyiv, PM Johnson said today (June 18) that he wants Ukraine to host Eurovision 2023.

“The Ukrainians won it fair and square, even though we had a brilliant entry, and they should be given the chance to host it,” Johnson said (via the BBC).

“It’s a year away. It’s going to be fine by the time the Eurovision Song Contest comes around and I hope they get it.”

Various cities in the UK – including Glasgow, Manchester, Leeds and Liverpool – have already expressed an interest in hosting next year’s Eurovision, should the competition return to these shores for the ninth time.

Elsewhere, Mayor of London Sadiq Khan took to Twitter to say that the capital “would welcome Eurovision with open arms”.

“We’re ready to step up and support Ukraine by hosting a contest that pays tribute to and honours the Ukrainian people, and also celebrates the very best of Britain too,” he added.

In yesterday’s statement, the EPU wrote: “Given the ongoing war since the Russian invasion of this year’s winning country, the EBU has taken the time to conduct a full assessment and feasibility study with both UA:PBC and third-party specialists including on safety and security issues.”

The EPU went on to acknowledge that the coverage of the Eurovision Song Contest was “one of the most complex TV productions in the world with thousands working on, and attending, the event and 12 months of preparation time needed”.

It continued: “Following objective analysis, the Reference Group, the ESC’s governing board, has with deep regret concluded that, given the current circumstances, the security and operational guarantees required for a broadcaster to host, organise and produce the Eurovision Song Contest under the ESC Rules cannot be fulfilled by [Ukraine’s public broadcaster] UA:PBC.”

Oleksandr Tkachenko, the Ukrainian Culture Minister, has since responded by saying “we will be demanding to change the decision”.

“Hosting Eurovision 2023 in Ukraine is a powerful signal to all the world, which is supporting Ukraine now,” he said.