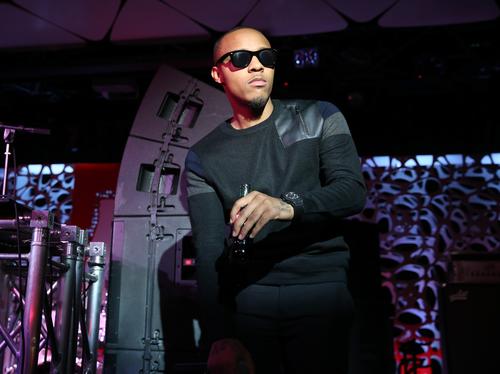 We’re only hours into 2018 and it looks like Bow Wow is back with more humorous antics. Last night, Shad Moss hopped on social media and stunted on the ‘gram by saying that he had a club in his crib, while showing footage him partying with friends and fans on NYE. However it turns out that might not be the case after all. I know, you’re probably thinking that there’s no way that Bow Wow would lie about his lifestyle, but various people from the night were sharing photos themselves and tagging their photos from So So Def’s studio, NOT Bow Wow’s house. To be clear, Bow Wow can be seen in the fans’ photos too, proving that he definitely wasn’t at his house, unless he’s was speaking metaphorically that is.

You would think that he would’ve learned not to lie so boldly on Instagram especially with other people around him to discredit his words. So Im hoping there’s an explanation from Shad to come, because at the moment it looks like we just had our first #BowWowChallenge moment 2018 already. Don’t forget about last year’s private jet lie, which sparked it all f.

Shad’s exposure was first spotted by DJ Akademiks, and later picked up by TheShaderoom, who had a few more pictures & pro his lie.

While we wait for Shad to hopefully address the situation, check out the pro & footage (below). First video is Shad screaming about having a club in his house, while the second & third IG posts is fans discrediting it and saying they’re at So So Def.