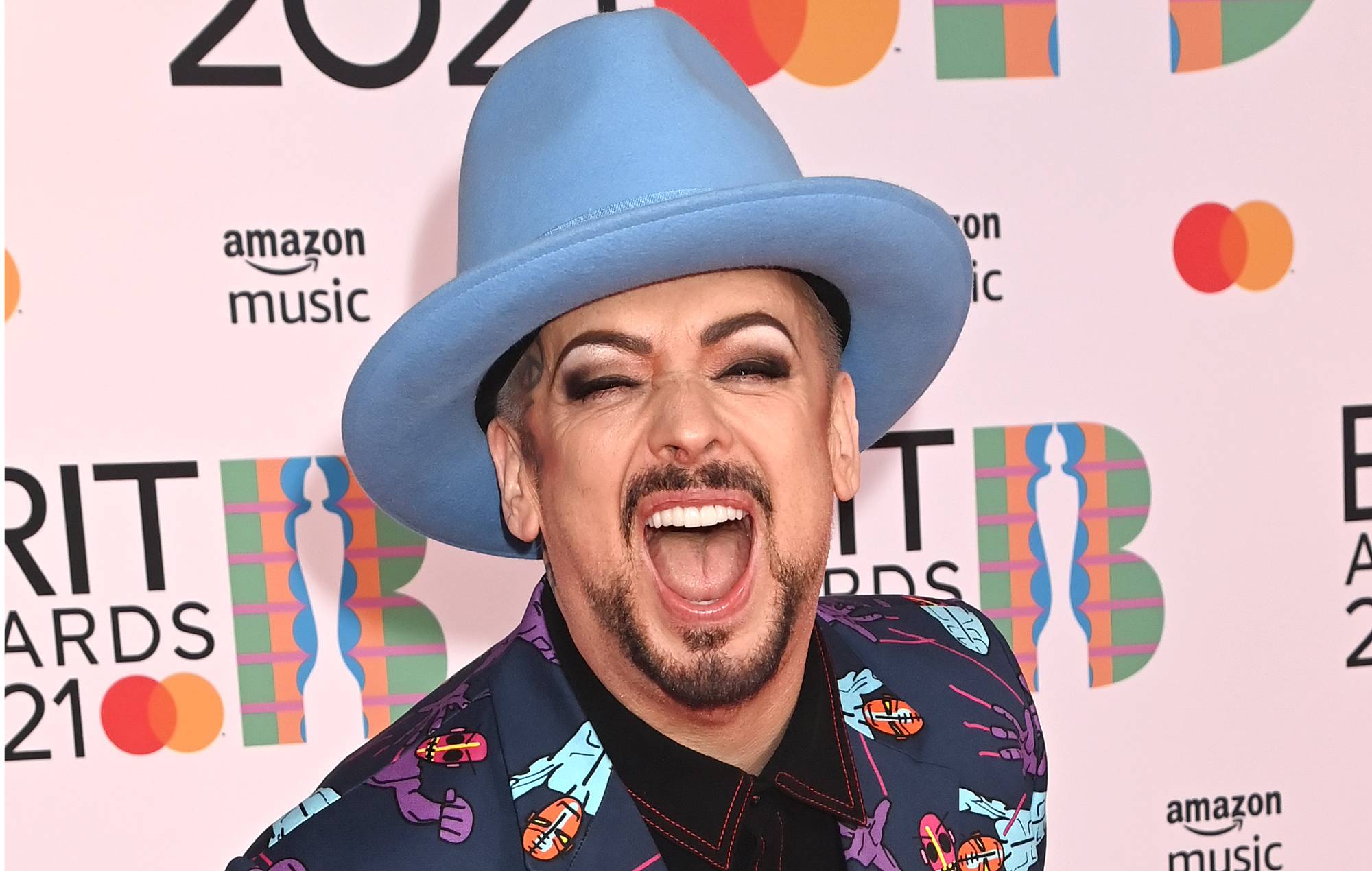 Boy George: “There’s been this loss of respect for the artistry of songwriting”

Boy George has spoken out about how he believes there has been “a loss of respect for the artistry of songwriting” in a lot of modern pop, while vowing to take a “kamikaze” approach to his own new material as showcased on an album coming this Friday. Watch our video interview above.

The Culture Club frontman and pop icon was speaking to NME on the red carpet ahead of last night’s BRIT Awards, where he revealed how he has recently been working tirelessly to release 60 records for his 60th birthday.

“I’m just going completely kamikaze,” he told NME. “Fuck the rules. Don’t tell me what to do anymore.

“I’ve never had this much time to indulge with what I’m doing musically. I make art as well, and I’ve just had a good time being still for a bit and going, ‘Actually, why do I what I do?’ It’s been an interesting year for me because I finally understand why I do what I do now. I’m at a point where I really don’t want anyone else’s advice. I’m 60 in two months – 60 and defiant.”

The artist went on to explain how “everything inspires him”, and that over the years he has learned not to overthink his process too much.

“In the last 10 years I’ve really learned to get out of my way creatively, because I used to go to those terrible songwriting sessions and sit bumcheeks clenched as I tried to write a song,” he continued. “Now I just write what I feel. Once you’ve worked out what you want to say then you’ll find a way of saying it.

“I can always tell when something is just clever pop writing, and I have a lot of appreciation for that as well, but sometimes it’s just very lazy. You wouldn’t go into a football ground, take someone from the stands and let them take a penalty, would you?”

However, he did have a barbed word saved for a lot of pop in the charts today – while admitting that he saw through a lot of the shortcuts on offer to many artists, finding himself in “a great place to be [when] you start realising that you’ve been conned for 30 years”.

“I think there’s been this loss of respect for the artistry of songwriting,” he said. “People think that all it takes is a laptop and some leads. It really doesn’t. This year, I’ve been reacquainting myself with the art of songwriting – copying lots of things, allowing myself to be influenced.

Watch our full interview above where he also discusses looking to “trouble makers” at the BRIT Awards, working with Paul Weller, and his upcoming biopic Karma Chameleon.

Check back at NME for more news, interviews and more from the BRIT Awards 2021.

Check back at NME for more news, interviews and more from the BRIT Awards 2021.