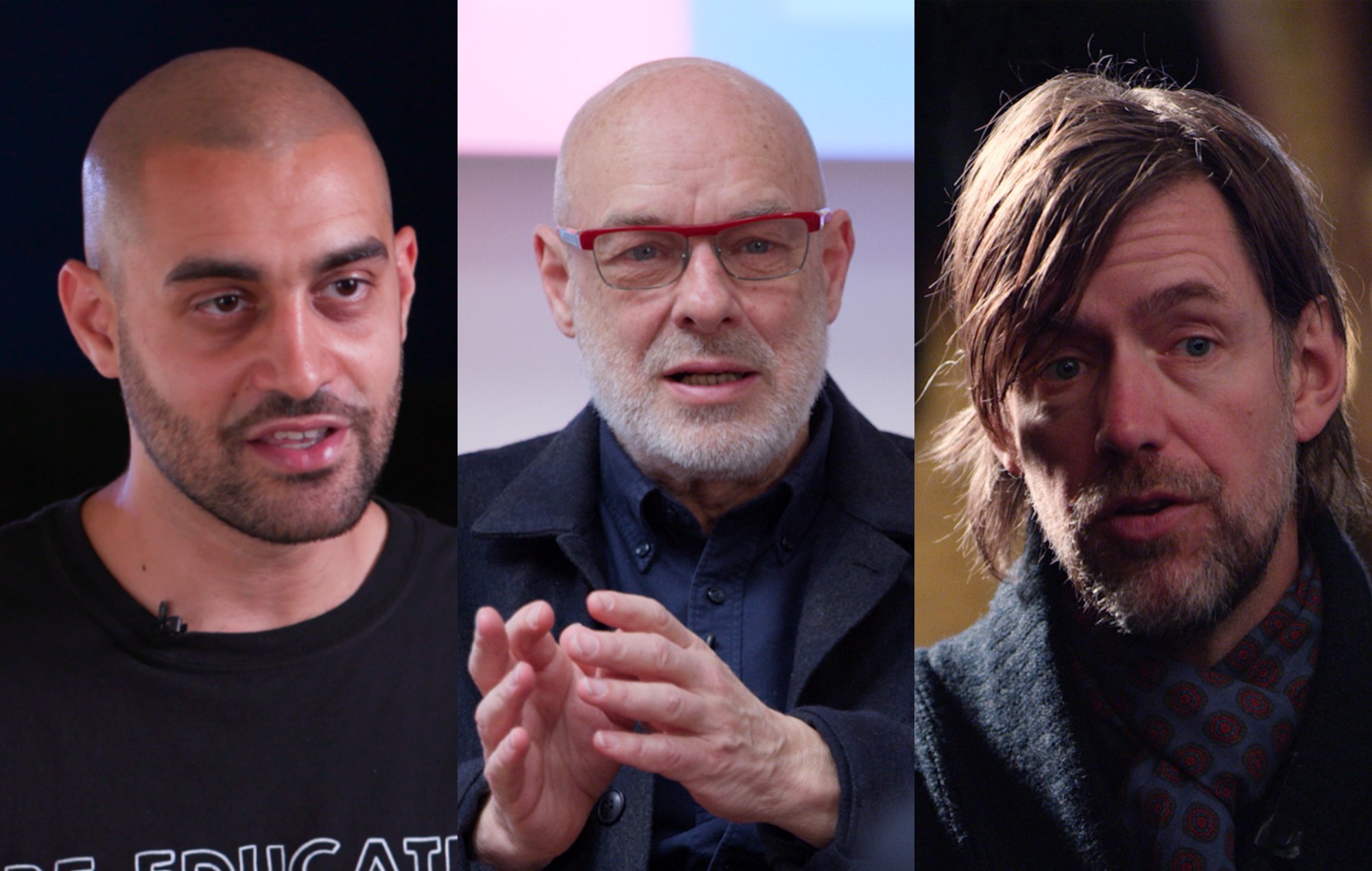 Electronic music pioneer Brian Eno, Radiohead guitarist Ed O’Brien and rapper Lowkey are among the musicians to have contributed to a new series of video masterclasses about the music-writing process.

The initiative, titled ‘Ear Opener’, is aimed at demystifying the music writing process for young people, and is a free how-to guide featuring interviews with a number of different musicians.

Composer and saxophonist Cassie Kinoshi, and Ellie Goulding songwriter Tristan Landymore also appear, as does Isobel Waller-Bridge, who composed the music for Fleabag which starred her sister Phoebe among other projects.

Although designed for those between the ages of 14 and 20, the video guides will be open to all and don’t require the ability to read music, or any knowledge of music theory.

Award-winning composer Paul Clark is the writer and presenter of the series, which launches today (September 15) and is available via Ear Opener’s YouTube channel.

“There’s no such thing as a bad idea,” said O’Brien of his contribution. “Sometimes, that idea that doesn’t work was necessary to be aired, in order for the next idea that does work to succeed.

Meanwhile, O’Brien has reassured Radiohead fans that the prospect of the band reconvening to make a new album “will definitely happen”.

The guitarist also told NME back in April that he and the band were having “online meetings” and “talking about stuff”. While he stressed that “for the foreseeable future, everyone is doing their own thing,” O’Brien did add that “when it feels right to plug back into Radiohead, then we will.”