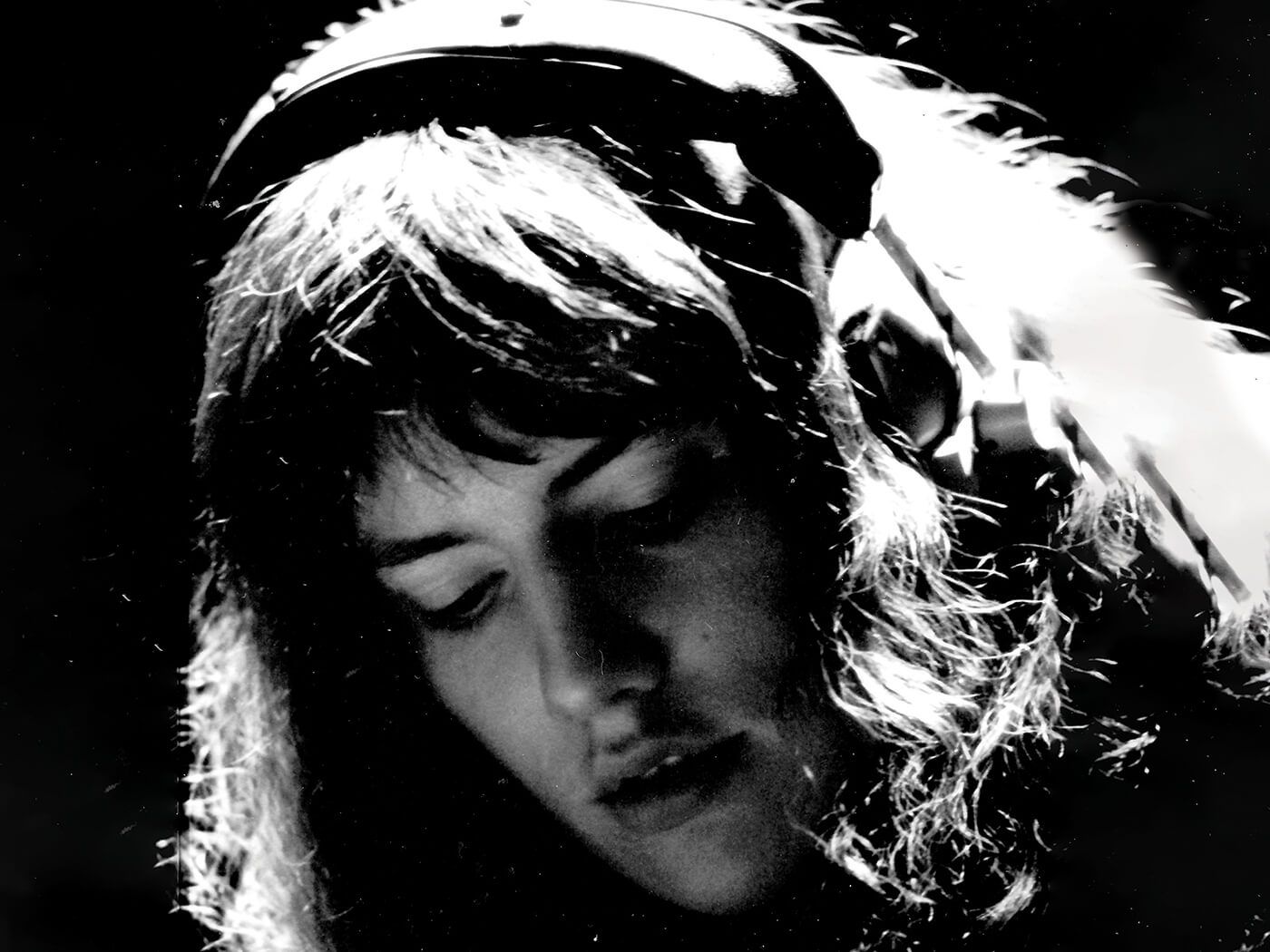 Speaking in the mid-1970s, singer-songwriter Bridget St John was aware that her personal musical golden age was over.  “It’s not enough to make nice records anymore,” she told the Liquorice fanzine. “You’ve got to have a whole campaign behind you.” A slightly untogether free spirit, St John struggled to adapt to a more bread-headed world, with this 3CD boxed set, stacked with unheard recordings, capturing the Nico-voiced bohemian’s curious and woolly attempts to stay artistically upright in a time when being a John Peel show regular was no longer quite enough.

The poster girl of Peel’s Dandelion record label, the Surrey-born doctor’s daughter carved out a niche on the teacher-training-college-gig circuit at the turn of the 1970s with a run of three winsome LPs: Ask Me No Questions, Songs For The Gentle Man and Thank You For…. Initially encouraged to write by John Martyn (who she met while bunking off from her studies at Sheffield University), her deep, reedy voice featured on Kevin Ayers’ Shooting At The Moon and Mike Oldfield’s Ommadawn as she became a feature of the post-psychedelic UK underground landscape.

However, after Polydor pulled the plug on Dandelion in late 1972, times got less groovy. St John recorded a one-off single for MCA, “Passing Thru’”, before a new manager, Steeleye Span hustler Jo Lustig, managed to snare her an album deal with Chrysalis. An exhausted Martyn cried off producing 1974’s Jumble Queen, but stand-in Leo Lyons did a stand-up job. The Ten Years After bassist’s sensitive accompaniments and orchestral arrangements (most notably on “Song For The Waterden Widow”) help to make St. John’s last ‘proper’ album to date perhaps her best.

There are shades of Ayers on opener “Sparrowpit” – named after the Derbyshire village St John had retreated to after splitting with her husband – while the mournful “I Don’t Know If I Can Take It” might have been a commercial winner if Judy Collins had recorded it. Gawky whimsy helped to make St John’s early album’s cult favourites, but Jumble Queen has a more weathered take on love 1970s style (which may explain why it was enthusiastically reviewed by feminist magazine Spare Rib).

“Last Goodnight” bridles at the limitations of open-door relationships (“if we made any promises we never wrote them down,” she sings sadly), and St John writes unashamedly about being the opposite of a hippie house momma on the strange, stately title track (“nothing is stable, I know I’m unable to rise, the dishes are dirty, my hands are unclean”). Languid closer “Long Long Time” offers some hope that love might somehow redeem all at some time in the future, but St John’s position – in love and life – was probably better summed up by her line on the Nick Drake-ish “Want To Be With You”: “Floundering in promises, holding on to dreams.”

In the immediate aftermath of Jumble Queen, Chrysalis dropped her, while Elton John’s Rocket label flirted with picking her up, only to sign Kiki Dee. A note from publicist Al Clark reproduced in the booklet accompanying this set shows that Virgin records boss Richard Branson was considering releasing St John’s dolorous take of Perry Como smash “Catch A Falling Star” (“A cassette of this is now in Richard’s possession and is being considered with optimism… and caution,” it reads), but the phone call never came.

St John might sensibly have quit then, but From There/To Here shows how she found new impetus after an ill-starred romantic adventure took her to New York in 1976. She found a new home and community in Greenwich Village, playing and recording fitfully until the birth of her daughter Cristy in 1983 changed her priorities. Honking 1980s sax perhaps obscures the quality of the songs on the second disc (previously released as Take The 5ifth), but if St John’s sleevenotes show her frustration at her inability to land another record deal (“I imagine I had no MTV appeal,” she sighs) this collection suggests she may have had more fun trying and failing than she ever would have done succeeding. With modern firebrands Steve Gunn and Ryley Walker now enlisting her as a collaborator, St John’s fuzzy cachet remains undiminished. In the long run, making nice music was enough after all.