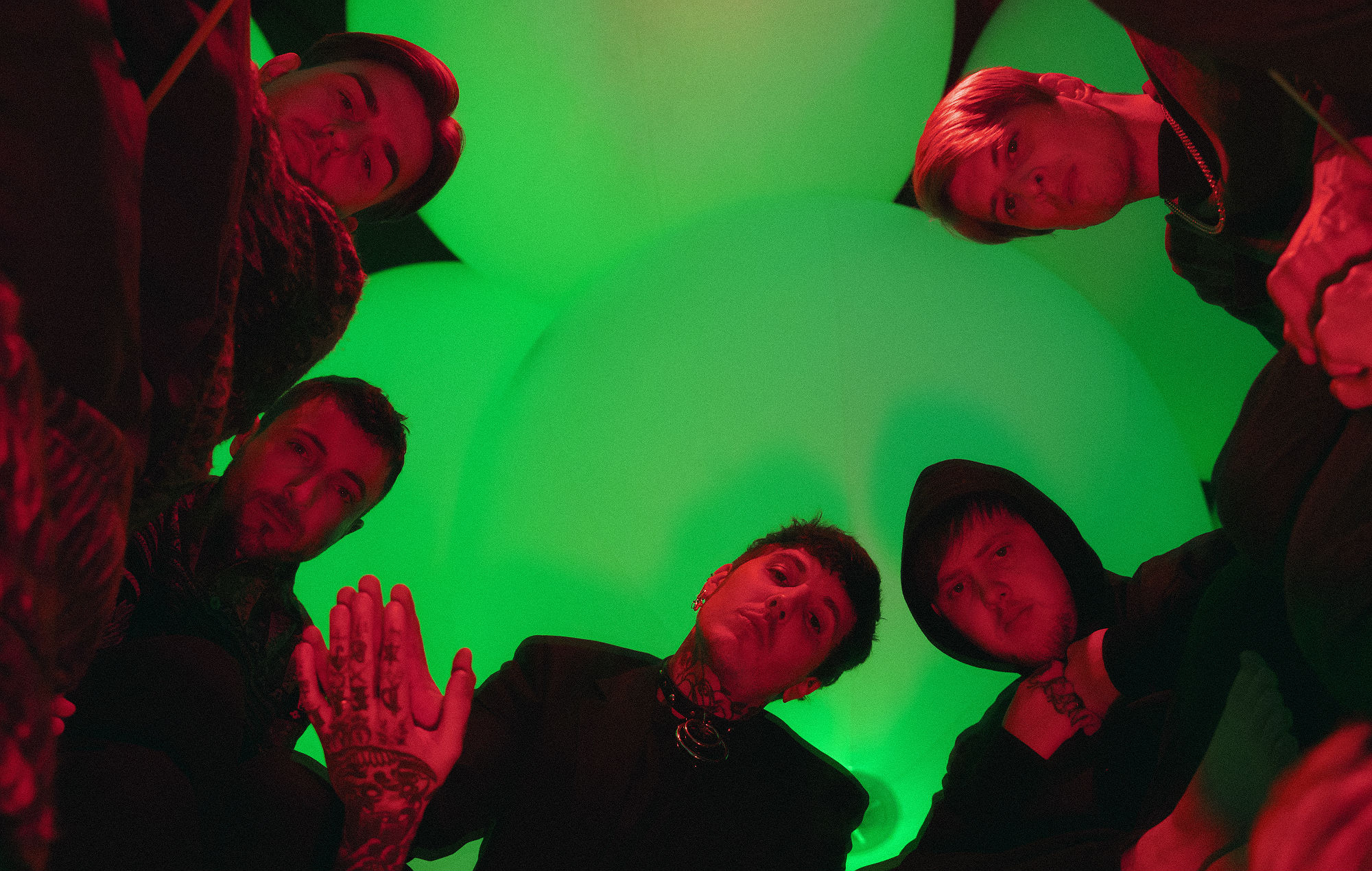 Bring Me The Horizon‘s Oli Sykes has opened up to NME about the band’s heavy new single ‘Parasite Eve’, as well as revealing their plans to release a string of records called ‘Post Human’.

After teasing the new track for a while and having previously told NME that they “may never record an album again“, the Sheffield metal pioneers will share their first taster of new material tonight (Thursday June 25) before releasing four new records later this year – NME can exclusively reveal.

“This song is going to be part of a record that has the same feel along with [last year’s single] ‘Ludens’,” Sykes told NME. “We’ve just been winging it and recording from lockdown, and now we’re going to make four different records over the next year and they’ll all share the name ‘Post Human’. They’ll each be tonally different with their own sound and mood. That’s one thing we’ve never really done. There’s often been an over-arching theme on our records, but the music has always felt like a collage. That’s cool and I like it, but sometimes you want a soundtrack for a certain occasion and emotion.

“The idea behind ‘Post Human’ is looking at how we’ve stepped out of evolution and the food chain. If we can do that, then we can take responsibility for what we’ve done to the planet and become something better than what humans are right now.”

While seeming all too relevant to the current coronavirus crisis, the song ‘Parasite Eve’ actually started to form last year when Sykes was reading about a Japanese superbug that had become heat resistant due to climate change. He borrowed the title from an old Playstation game and the band started to record the track back in February before the pandemic really took hold across the globe.

“It was really weird,” Sykes admitted. “We’d heard about the pandemic in China, but then the similarities between what we were writing about started to become closer to reality. Every time there was a news story about it, we’d turn to each other and say ‘Parasite Eve’, not realising the magnitude of it all.

“We shelved the song for a bit because it felt bit too close to the bone. After sitting on it for a while, we realised that this was a reason to release it now more than ever. In our music we’ve always wanted to escape, but there’s been too much escapism and ignoring the problems in the world. It’s not what the world needs. The world needs more and needs to think about it and remember. You can’t just brush over it and expect life to go back to normal, because it fucking ain’t. In so many ways, we need to change. That’s what rock music is about – addressing the dark side and processing it.”

Sykes continued: “This is a moment we all knew was coming one day, but maybe not in our lifetime. Look at the Black Lives Matter protests too. It felt like we were making progress and people were standing up to injustice, but maybe we got too complacent because it’s still happening. It’s time to be pissed off. It’s not the time to say, ‘These days shall pass’ and ‘everything will be OK’, because it won’t fucking be OK unless we fucking do something about it.”

Explaining what to expect from part one of the new ‘Post Human’ project, Sykes described it as “a recruitment record with battle songs”.

“You know like on Lord On The Rings where they all sing a song before battle, knowing that they might die but they’re going got persevere and see how it goes? We’re trying to embody that,” he said. “This first record is about hope and anger and feels like the sonic equivalent of a riot. We’re inviting people to find the solution with us.

“It’s a demonstration to pull you in and get your back up. It’s a lot more aggressive than anything we’ve done for a while. The world doesn’t need light-hearted pop music right now – it needs anthems for anger. There’s so much to be pissed off about.”

After the success for their acclaimed 2019 album ‘amo‘, Bring Me The Horizon are now looking to share new music in a “much less traditional and linear fashion” than the usual album cycle.

“People consume music so quickly these days and it’s great to have something new to look forward to,” said Sykes. “After ‘Parasite Eve’, you’re going to be hearing music from us a lot more regularly. These EPs could be anything from six to 10 tracks each, so if that’s a record then that’s a record. I just don’t think we’ll be going back to working on an album for a year without any touring, then releasing it and everyone’s consumed it in a couple of days.”

Sykes added: “What I’d like to do is to release tracks from each of these new records whenever it feels relevant and will resonate, rather than having to wait. When a moment hits me, the best thing I feel that I can do is write a song about it. It’s a very loose plan. If we want to collaborate with an electronic artist and drop that track whenever, then we will.”