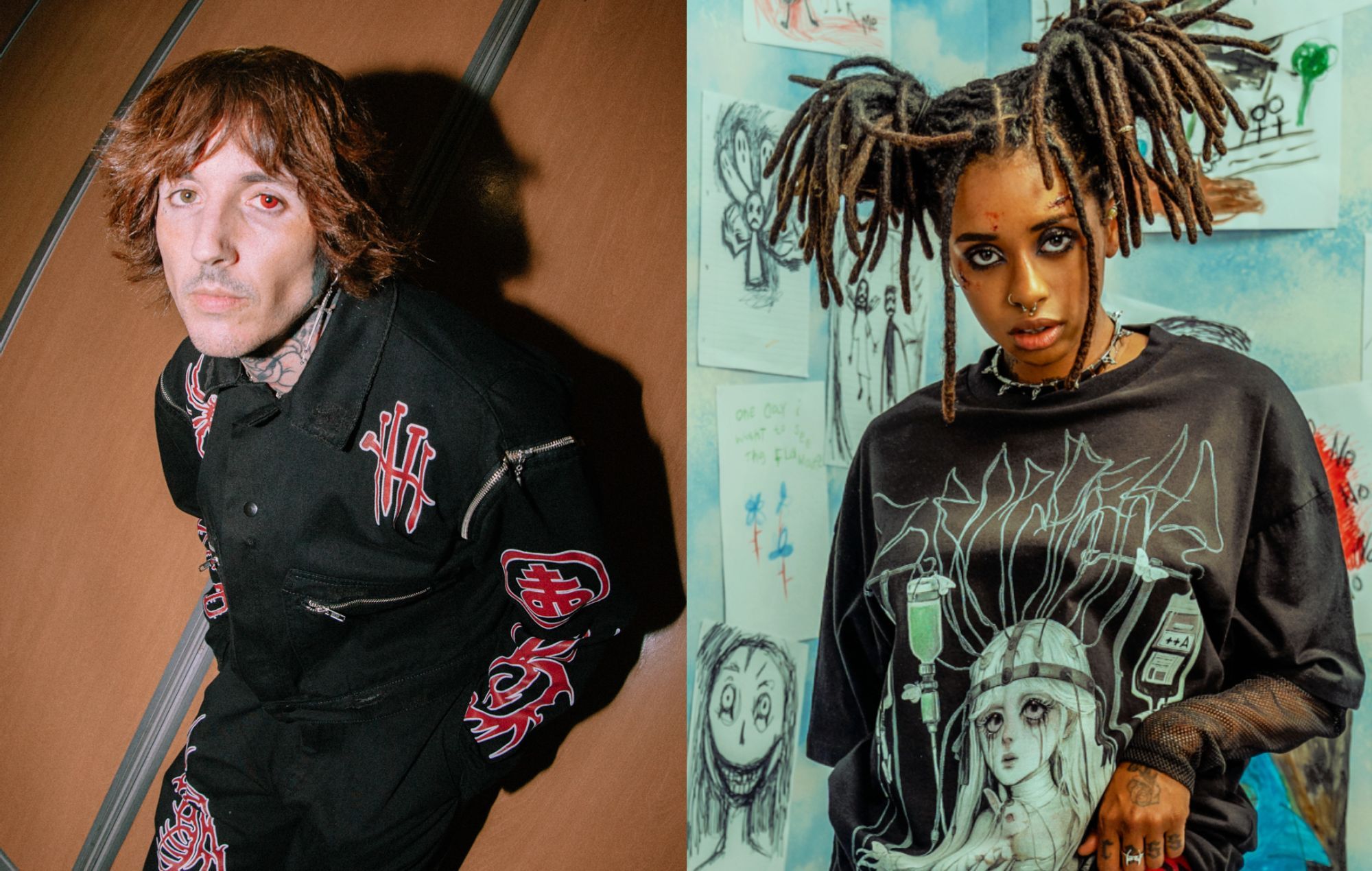 The singer’s latest collection is themed on Topheth, a fictional institute dreamt up by Sykes that serves as a metaphor for technology’s insidious grip on modern civilisation.

Speaking about the cult-like organisation, Sykes said: “The institute [Topheth] houses other abducted children hand-picked from birth for their psychic powers and forced to become part of a process that leads inexorably to the decay and eventual death of their human selves.”`

Topheth, which subjects children to horrifying experiments, also has an agenda to weaponise the children’s abilities, thus creating the ANGELSLAYERS.

Included in the collection are futuristic T-shirts, skirts, tops, hoodies and jackets moulded around the dark concept, all available in unisex sizing.

“Most people don’t realise that lurking behind their screens and phones is a giant laboratory of psychologists, neuroscientists, and social science experts who use their knowledge of psychological vulnerabilities to devise products that hijack their minds, hooking them with a drug-like power, for the purpose of profit or brainwashing.

“The ANGELSLAYERS represent a metaphor of this idea, a generation weaponised by shady operatives to believe what’s good is bad and what’s bad is good.

Sykes added: “The ideas and concepts [Drop Dead] wants to promote is a feeling of unity, community, and healthy obsessions and passions. With hope, we look to a future where we break away from the endless cycle that has been created.”

The line is available to explore by signing up to DROP DEAD’s website here.

The brand sells clothes exclusively through its website to more than 100 countries worldwide, with the first delivery of ANGELSLAYER clothing being sent out today.

DROP DEAD is also currently working on plans to reopen its Sheffield HQ store, which will allow their fans to explore the line IRL and gain insight into how the brand functions. Stay tuned for news about its reopening date and more.

Earlier this month, Bring Me The Horizon shared a music video for their new single ‘Strangers’, inspired by the mental health experiences of the band and their fans. The track was first revealed during a DJ set that the band performed on the first night of their own Malta Weekender festival.

Bring Me The Horizon’s last non-collaborative single was ‘DiE4u’, which landed last September. Like ‘Strangers’, that song is expected to appear on the next instalment of the band’s ‘Post Human’ EP series, which is slated for release sometime this year. The first instalment, ‘Post Human: Survival Horror’, was released in October 2020.