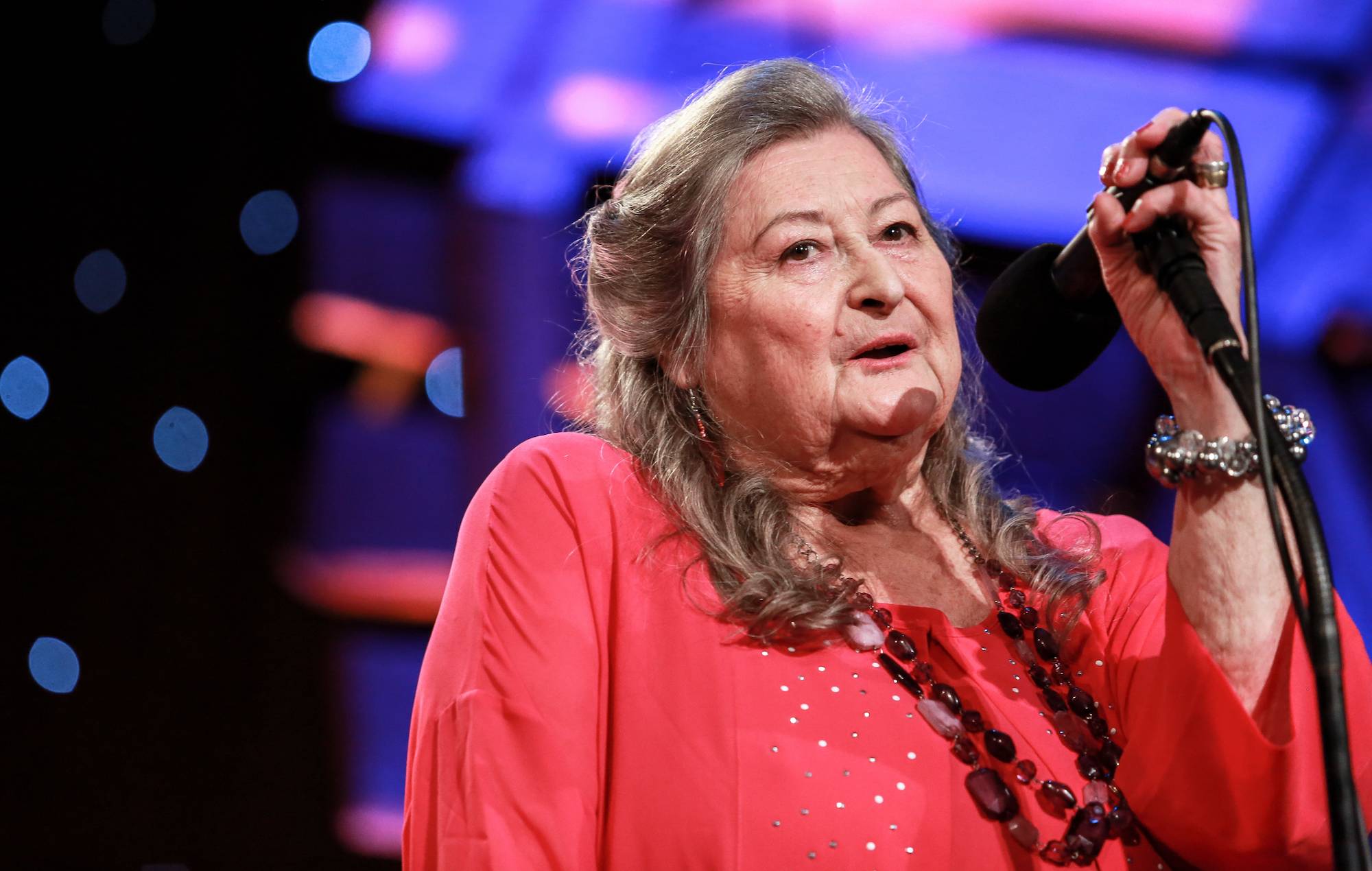 Legendary British folk singer Norma Waterson has died at the age of 82, her family have revealed.

The news was revealed by Waterson’s daughter Eliza Carthy, also a folk singer and part of the Carthy folk family alongside her mother and father, Martin Carthy.

No cause of death has yet been revealed, but in a recent fundraiser attempt, Eliza revealed that her mother had been hospitalised with pneumonia.

“Not much to say about such monumental sadness, but mam passed away yesterday afternoon, January 30th 2022,” Eliza wrote on Facebook.

“Thinking of everyone who has supported and donated and just been there for us the last few weeks, the last few years, and through all of her triumphs and trials.

“Our only hope is that she is with Lal and Mike and her mum and dad now, being held and welcomed and finally without pain.

Her message concluded: “We love you Mam. Going to bring you home as soon as we can.”

Hello all. Not much to say about such monumental sadness, but mam passed away yesterday afternoon, January 30th 2022. …

Carthy’s message also featured a link to a fundraiser set up by the family in recent weeks, aiming to raise funds for Martin and Norma after their income “dried up” due to a lack of live performance revenue during the pandemic.

“Right now the Carthy family, as many others, is struggling to survive the pandemic,” Eliza wrote in the fundraising page on website Ko-Fi, with Waterson having been unable to tour for years due to illness.

“They urgently need funds to tide them over until the pandemic lifts and Martin and Eliza can return to touring and become self sufficient,” the message added.

“During the pandemic Eliza recorded a new album. Once touring resumes there will be that extra income stream plus the small income derived from the limited releases of the Waterson Family Archive. Until then the family is hard-pressed, and any donations you can make will be greatly appreciated.”

Donations to Martin and Eliza Carthy are able to be made here.

In the wake of the news of Waterson’s death, tributes have been pouring in online. Billy Bragg took to Twitter to pay his respects, writing: “Very sorry to hear that Norma Waterson, the last of the singing Watersons from Hull, has passed away.

“She started out as a skiffler and went on to become one of the defining voices of English traditional music. My thoughts are with Martin and Eliza and the rest of the family.”

Very sorry to hear that Norma Waterson, the last of the singing Watersons from Hull, has passed away. She started out as a skiffler and went on to become one of the defining voices of English traditional music. My thoughts are with Martin and Eliza and the rest of the family.

See a range of tributes to Waterson below.

Norma Waterson was one of the greatest folk artists we’ve had. A beacon, someone who shaped our music, who sang us what we needed to hear. Love and condolences to the Waterson/Carthy family, as well as the folk community who will miss her hugely. https://t.co/FR1Rq4uDYH

RIP Norma Waterson. Here she is with family and friends last summer. https://t.co/zeHaJ9sx0w

We are deeply saddened to hear of the passing of iconic folk singer Norma Waterson, founder member of The Watersons with her sister & brother Lal & Mike.
For some she will be best known and loved for her 1996 album Norma Waterson, and 2010’s Gift, with her daughter Eliza Carthy. pic.twitter.com/6F6bTKZUbz

As many others will be, we were deeply saddened to hear of the death of legendary singer Norma Waterson who made such a huge and influential contribution to the evolution of British folk music over several decades. Our thoughts are with her family. pic.twitter.com/UXvnlgztxO

Born in Hull in 1939, Waterson released her self-titled debut album in 1996, which went on to be nominated for that year’s Mercury Prize.

Her final album, ‘Anchor’, was released by Topic Records in 2018, and featured daughter Eliza, a regular collaborator of hers.