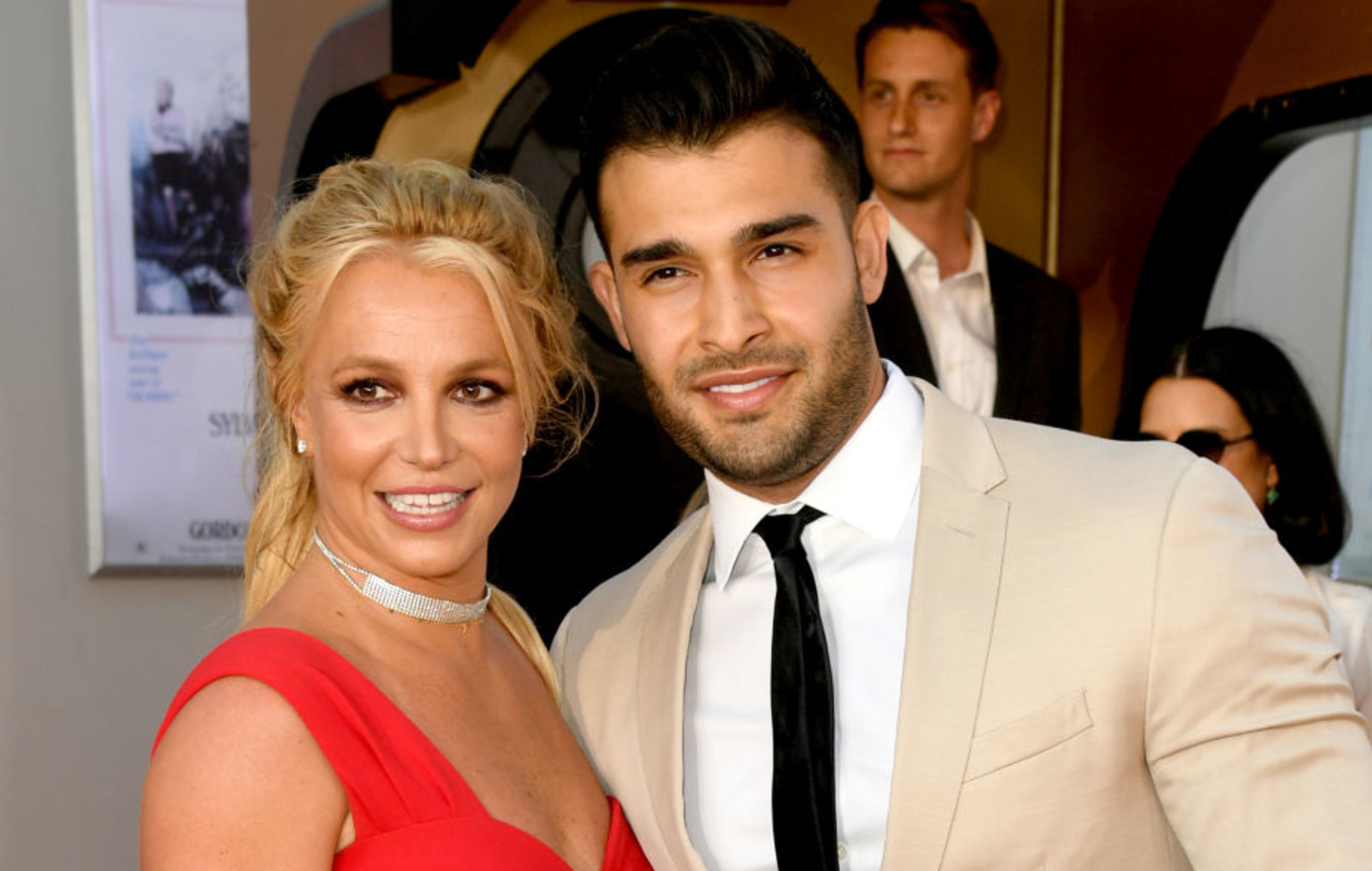 Britney Spears has announced she’s pregnant with her third child on social media.

The pop icon took to Instagram earlier this evening (April 11) to reveal she and fiancé Sam Asghari are expecting alongside a bird’s eye view image of a pink coffee cup and some flowers.

“I lost so much weight to go on my Maui trip only to gain it back … I thought ‘Geez … what happened to my stomach ???’ My husband said ‘No you’re food pregnant silly !!!’ So I got a pregnancy test … and uhhhhh well … I am having a baby,” Spears wrote. “4 days later I got a little more food pregnant. It’s growing !!! If 2 are in there … I might just loose [sic] it.”

She then went on to talk about her previous experience with perinatal depression and how she plans on staying inside during her pregnancy in order to avoid “the paps getting their money shot of me”.

“I obviously won’t be going out as much due to the paps getting their money shot of me like they unfortunately already have,” she continued. “It’s hard because when I was pregnant I had perinatal depression … I have to say it is absolutely horrible … women didn’t talk about it back then … some people considered it dangerous if a woman complained like that with a baby inside her … but now women talk about it everyday … thank Jesus we don’t have to keep that pain a reserved proper secret.”

She concluded her post: “This time I will be doing yoga every day !!! Spreading lots of joy and love.”

This will be the first child for the singer and Asghari, while Spears has two sons – Sean Preston, 16, and Jayden James, 15 – from her previous marriage to Kevin Federline.

The pregnancy news comes after it was claimed that the ‘Toxic’ hitmaker was forced onto birth control while she was under her 13-year-long conservatorship, which was officially terminated in November after 13 years.

Last month, Spears vowed to continue her fight for justice over her conservatorship, saying that those responsible for it “got away with it”.

In addition to congratulating Spears on her pregnancy, fans are speculating that she secretly married Asghari as she referred to him as her “husband” in her announcement post.

“Britney Spears getting married, traveling and now expecting a baby, maybe happy endings are real,” one fan tweeted. Another wrote: “Britney Spears is married and pregnant and I could not be more happy for her!!!!!!!”

Britney Spears is married 💍 and pregnant 🤰 and I could not be more happy for her!!!!!!! pic.twitter.com/s5aULZ7hfG

A third fan wrote: “Almost 10 months ago Britney Spears revealed to the world that she had to insert an IUD against her will & was not permitted to get married by her terrible family & now in April 2022 she is both happily married & pregnant…the universe is finally being kind to my angel.”

Meanwhile, Britney Spears has said that writing her memoir is “healing and therapeutic”.

In a since-deleted Instagram post to fans, the pop star said that addressing her past is “hard” but suggested that her efforts will be worth it.

“I’m writing a book at the moment and as it’s actually healing and therapeutic…it’s also hard bringing up past events in my life…I’ve never been able to express openly,” she wrote.