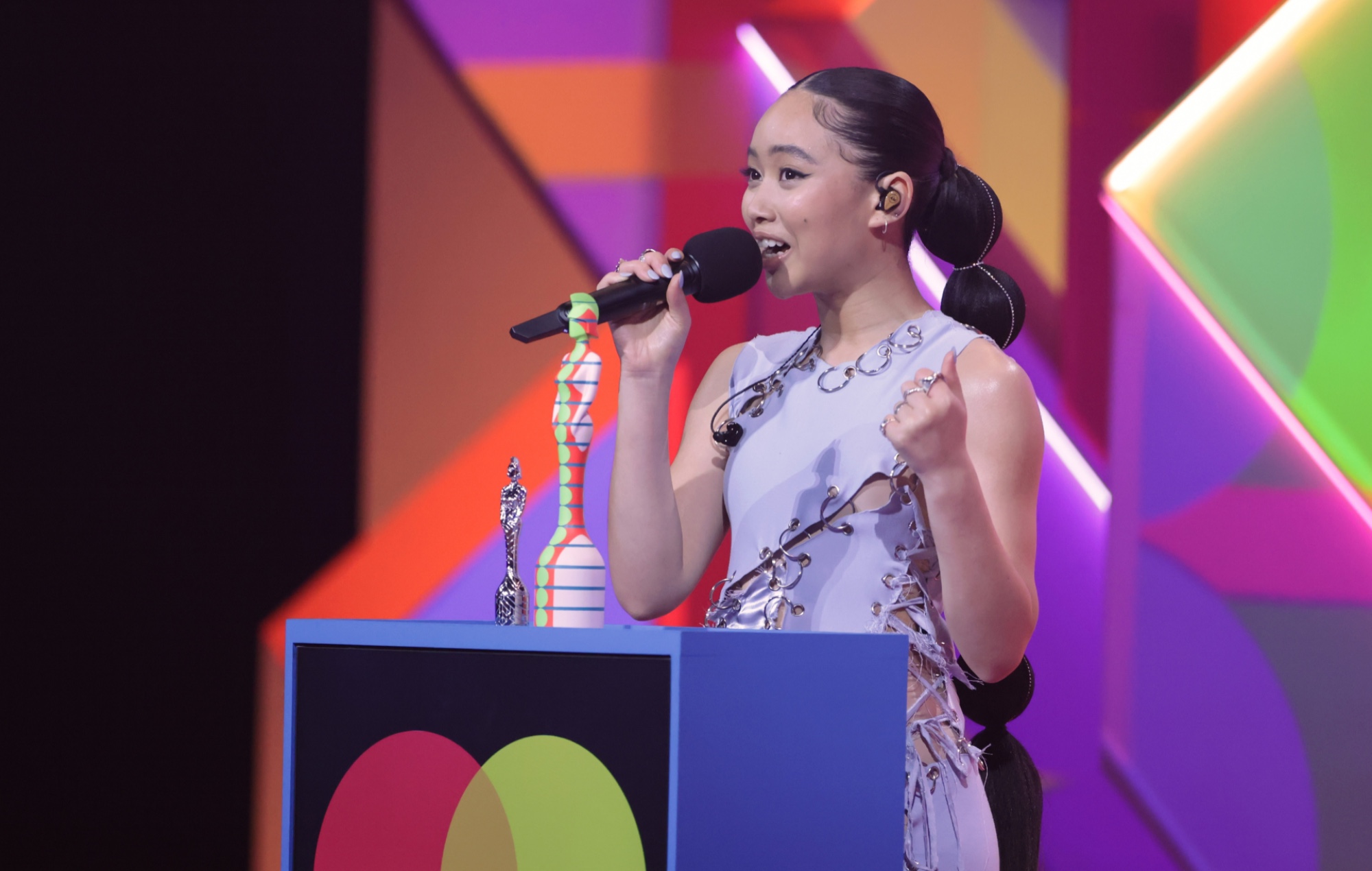 Griff has spoken to NME at today’s BRIT Awards about new music, her touring plans and wanting to collaborate with Taylor Swift. You can watch the full interview in the video above.

Ahead of receiving her Rising Star award at this year’s BRIT’s, Griff said she was “really nervous” before reflecting on her achievements over the last year.

“This is all a bit surreal. I’m seeing lots of people in real life which I haven’t for a year…it’s great!” Griff said

“I think I feel really proud of myself and my team. It’s kinda hard to break through as a new artist anyway and especially to do it in a year when we’re not meeting people. I think there’s definitely been a lot of hard work behind the scenes and it feels like it’s paying off.”

Griff revealed that she’s got new music on the way this summer and told NME a little more about what to expect from the release.

“I have a mixtape coming on June 11 and I’m really proud of the seven songs that I put on there. I’ve kinda written and produced them all from my bedroom at home.”

Ahead of her performance at the ceremony, which saw her deliver an emotive performance of ‘Black Hole’, Griff said she will be touring this October. Asked about what fans could expect, Griff replied: “you know, I don’t even know” – referring to the fact she’s not been able to perform live over the last year.

She continued: “I only did one headline show and that was 200 people and now the next live is the O2 Arena so I haven’t really got into the stride of doing live shows but hopefully we’re going to try and put on something that’s uplifting, unforgettable and the production is equally as good as the music.”

On asked who she was most looking forward to seeing at the awards, Griff said: “If I could say ‘Hi’ to Taylor Swift, I’ll be happy. I’ll retire”, before saying she’d be up for a collaboration in the future.


When Taylor Swift accepted her Global Icon Award later in the event, she name-checked Griff in her acceptance speech.

She also went on to address the “incredible new artists” watching on in the crowd and at home. “I need you to hear me when I say that there is no career path that comes free of negativity,” Swift said.

“And there might be times when you put your whole heart and soul into something, and it is met with cynicism or skepticism – you cannot let that crush you; you have to let it fuel you.”