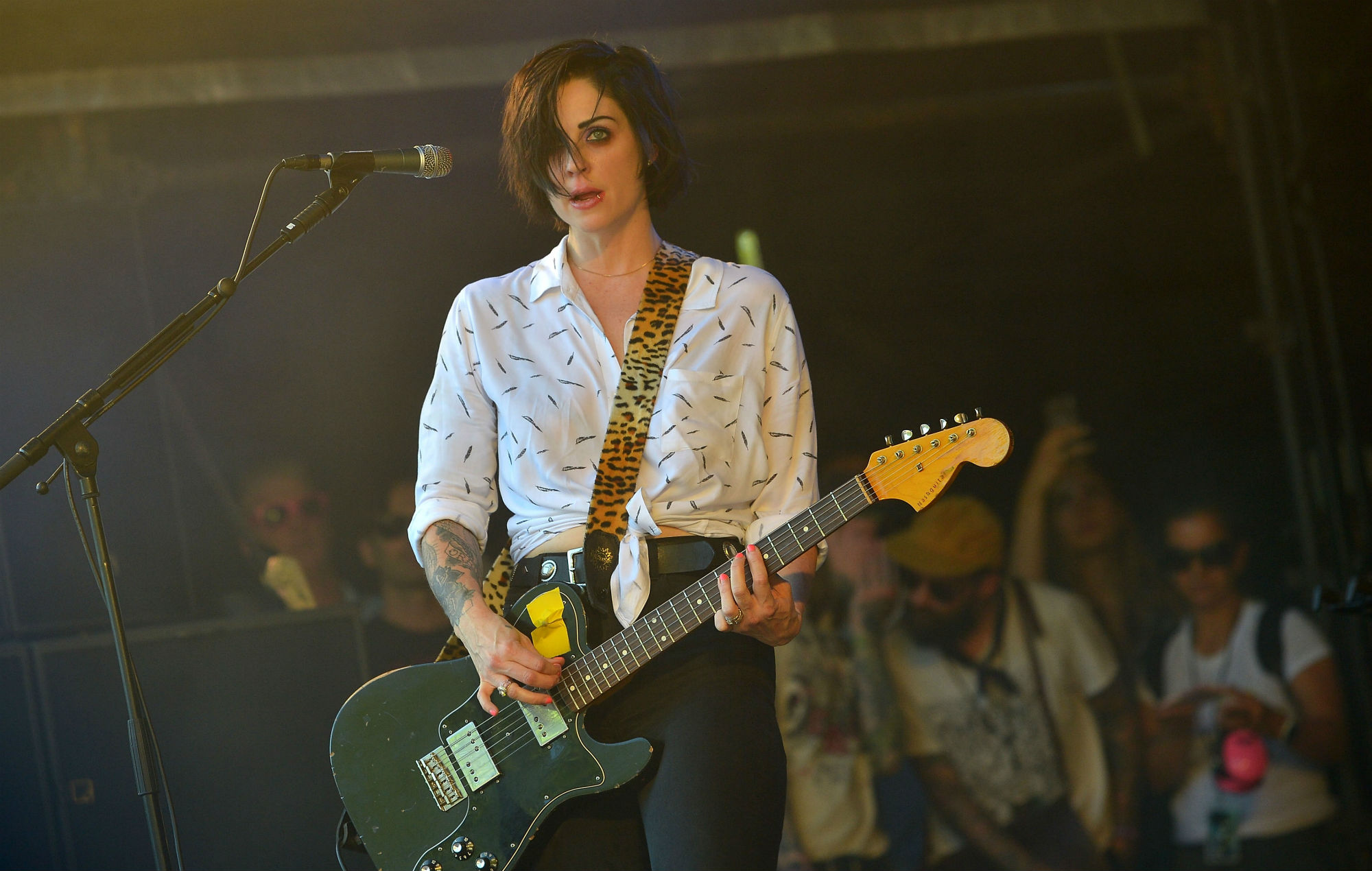 Brody Dalle has been sentenced to 60 hours community service for contempt in her court battle with former partner Josh Homme.

Last month (November 19), Dalle was convicted of one count of contempt by a Los Angeles judge for “wilfully” failing to hand her five-year-old son over to former partner Homme as part of an agreed custody deal.

The ruling came after Dalle testified in court in an ongoing criminal contempt trial earlier this month that she tried to convince the couple’s three kids to go to Homme’s house for his court-ordered custodial time on September 4, but the kids “refused”.

Yesterday (November 30), Dalle was sentenced to 60 hours of community service and a $1,000 fine, after Homme’s lawyers asked for a more severe five-day jail term.

“I’m relieved by the court’s decision,” Dalle told Rolling Stone. “I don’t believe anyone should go to jail or pick up trash for protecting her children. “As a mother, I will always put my children first and protect them at all costs.”

Homme was called as a witness to the trial, which began last month (October 29), following his accusation that the The Distillers frontwoman violated an equal custody agreement and was “alienating” Homme from his sons by allegedly not allowing him to see them.

On November 19, Los Angeles County Superior Court Judge Lawrence Riff found Dalle guilty of contempt for “willfully” violating the court order by not handing the five-year-old child over to Homme on September 3.

However, she was acquitted of the same charge relating to her and Homme’s 10-year-old child, who the judge said made his decision to not want to see his father of his own volition. Dalle was also found not guilty of depriving Homme of previously agreed FaceTime calls with his children.

As Rolling Stone reports, Homme told the court: “I followed every single order you gave. Why did I do that?”

Judge Riff responded: “I know how disappointed you are, and I know you think this system has let you down.”

Ahead of the trial, the Queens Of The Stone Age frontman claimed that Dalle did not let him see their sons, who are aged five and 10, despite court orders allowing him to do so. Dalle previously pled not guilty to the contempt charge and denied Homme’s allegations, with her lawyers reportedly claiming that she had tried to convince the elder son to visit Homme, but he refused.

At the end of September, the couple’s daughter had her restraining order against Homme extended until at least November. Homme is required to keep a distance of at least 100 yards between himself and his daughter, and will not be allowed to make any contact with her.