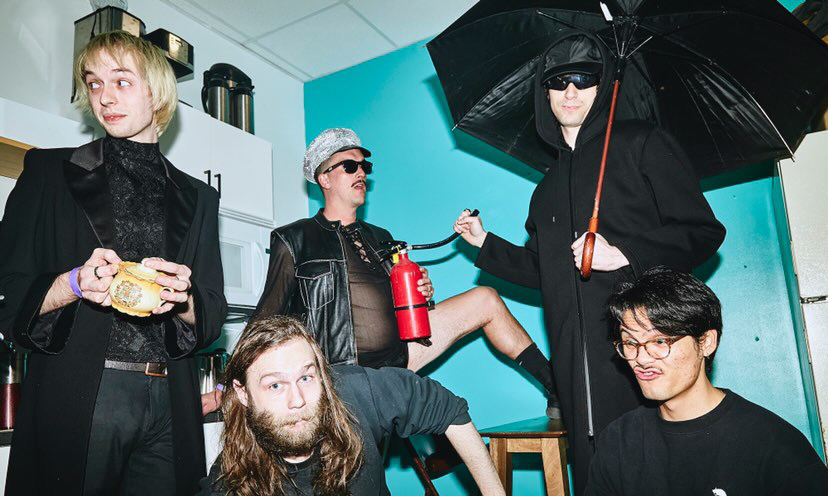 Brooklyn post-punks Dead Tooth have shared the video for their latest single ‘Sporty Boy’. See it first on NME below.

In the video for the track which dropped last week, the band steals a car and kick-flips their way into a DIY garage show. The visuals also show the band’s frontman, Zach James, going on a grand theft joy ride through Bushwick, with drummer Ginno Tacsiat and saxophone player John Staesco stitching off the back of the car, culminating in what the band called “a jam-packed, skater boy lark.”

The single follows the release of their latest EP, ‘Pig Pile’, which dropped in March of this year. The sound of the track mirrors the high velocity of the video, a rapid punk song with driving speed. The visuals feature cinematography by John Burgondy Clouse.

“What I meant to be the most commercially marketable EDM track of the year turned into my own personal workout anthem,” James said of the track. “The song is about running past the haters, fakes, and liars and giving this life meaning and purpose even when it all feels so dim.

He added: “You gotta strap those boots on and make something out of nothing like a sporty good boy. And most importantly have fun with it. We’re here for a good time, not a long one.”

Dead Tooth have become Brooklyn household names following showcases at this year’s SXSW and Stopover Festival and local stops at Market Hotel and Baby’s All Right. The band are currently prepping for a yet-to-be-announced support tour.