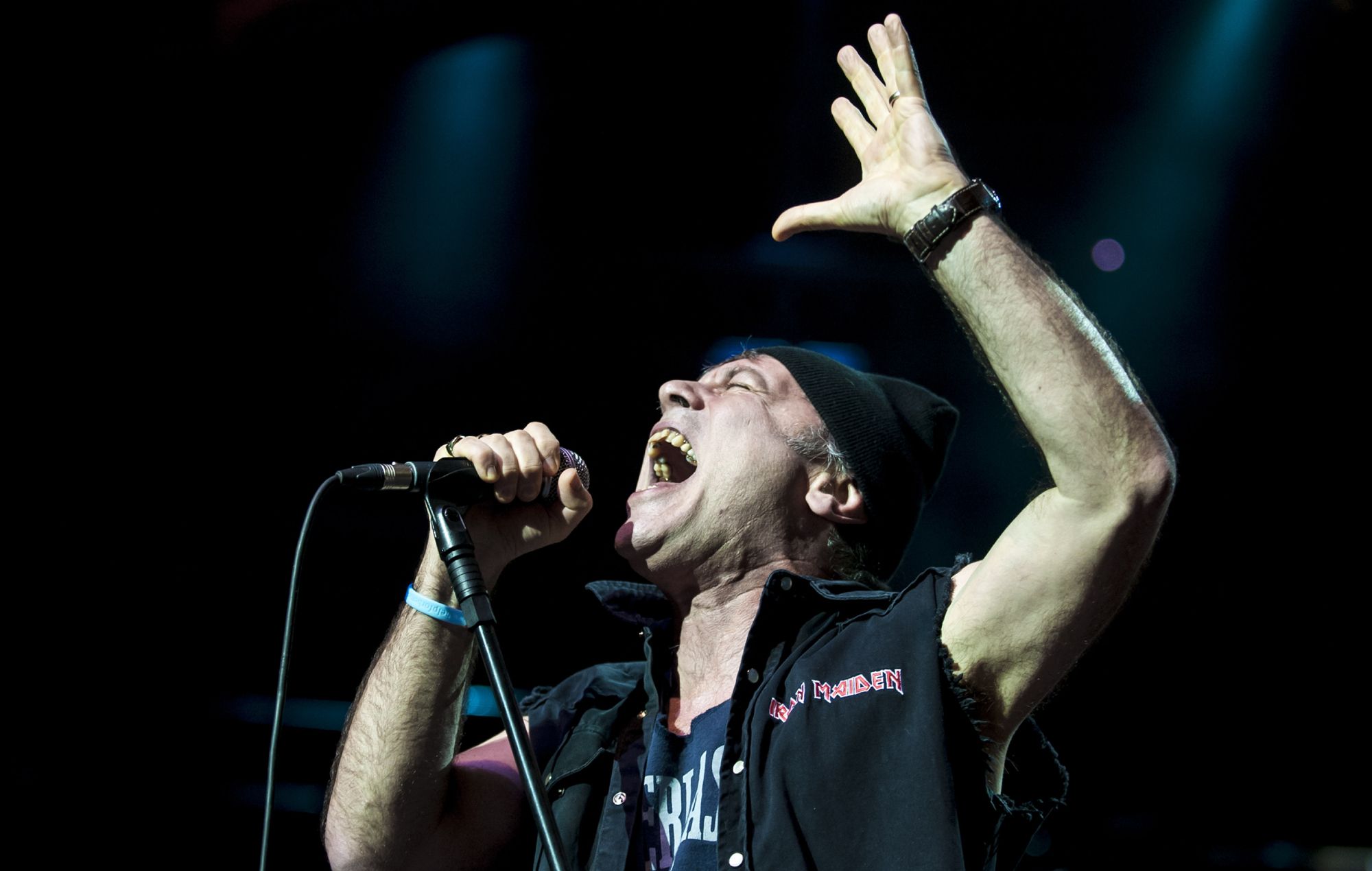 Iron Maiden frontman Bruce Dickinson stopped a concert in Greece at the weekend after a fan lit a flare during ‘The Number Of The Beast’.

As the band launched into their classic anthem at the Olympic Stadium in Athens on Saturday (July 16), Dickinson sang the line “What did I see?” before he shouted: “A cunt with a fucking flare!” after he spotted a fan lighting a flare in the crowd.

“I’ve got to fucking sing, right? Fuck you!” he then ranted. You can view the footage below.

Despite Dickinson’s frustration, the band continued with the rest of their set rounding off their performance with ‘Iron Maiden’, ‘The Trooper’, ‘The Clansman’, ‘Run To The Hills’ and ‘Aces High’. Earlier the band also performed tracks from their new album ‘Senjutsu‘.

The show was part of the band’s ongoing ‘Legacy Of The Beast’ global tour.

Meanwhile, Dickinson recently said that he wants the band to replace him if he finds that he can’t sing anymore.

He told the Daily Star‘s Wired column: “If tomorrow I don’t feel able to sing more than four songs a night, I’d like the guys to continue and I should be able to choose my replacement. I would stick my head in from time to time and the other singer would do the rest.”

“When you look at Keith Richards, who suffers from arthritis, he’s not on top form every night but he’s supported by other guitarists. It’s The Rolling Stones. I don’t think it upsets anyone. In any case, everything I’ve said isn’t going to happen.”