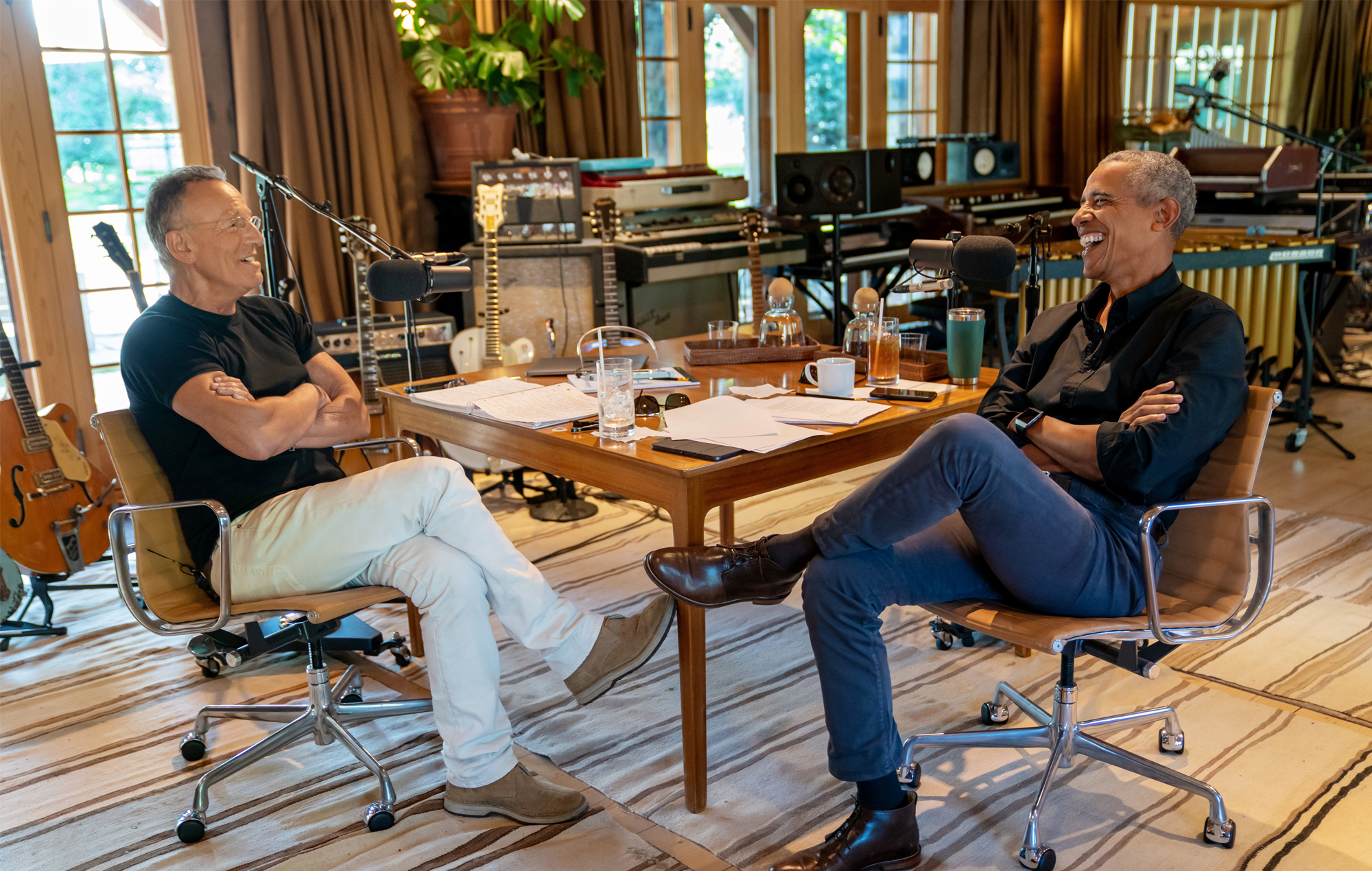 Bruce Springsteen and Barack Obama have announced an October release for Renegades: Born In The USA, a book publishers Higher Ground and Penguin Random House describe as “a collection of candid, intimate, and entertaining conversations” from their titular podcast.

The Spotify-backed series initially launched back in February, comprising “a long and meaningful conversation” between the Boss and the former US President spread across eight episodes. The pair chatted at length about their respective careers, families and viewpoints on American life, which the new book immortalises in one neat, 320-page compendium.

In addition to their waxings lyrical, the book will feature more than 350 full-colour photos and illustrations plucked from both their personal collections, and a swathe of previously unreleased archival material including handwritten lyrics by Springsteen and annotated speeches by Obama.

Take a look at the trailer for Renegades: Born In The USA below:

“Over the years, what we’ve found is that we’ve got a shared sensibility,” Obama shares in the book’s foreword. “About work, about family, and about America.

“In our own ways, Bruce and I have been on parallel journeys trying to understand this country that’s given us both so much. Trying to chronicle the stories of its people. Looking for a way to connect our own individual searches for meaning and truth and community with the larger story of America.”

Springsteen adds: “There were serious conversations about the fate of the country, the fortune of its citizens, and the destructive, ugly, corrupt forces at play that would like to take it all down. This is a time of vigilance when who we are is being seriously tested. Hard conversations about who we are and who we want to become can perhaps serve as a small guiding map for some of our fellow citizens.”

“This is a time for serious consideration of who we want to be and what kind of country we will leave our children. Will we let slip through our hands the best of us or will we turn united to face the fire? Within this book, you won’t find the answers to those questions, but you will find a couple of seekers doing their best to get us to ask better questions.”


Springsteen and Obama first met in 2008, when the former became a vocal supporter of the latter’s successful bid for the US Presidency. Eight years later, as Obama wrapped his second term as the American President, he awarded Springsteen the prestigious Medal Of Freedom.

Renegades: Born In The USA will be released globally on October 26, with the book available to pre-order now through Amazon.