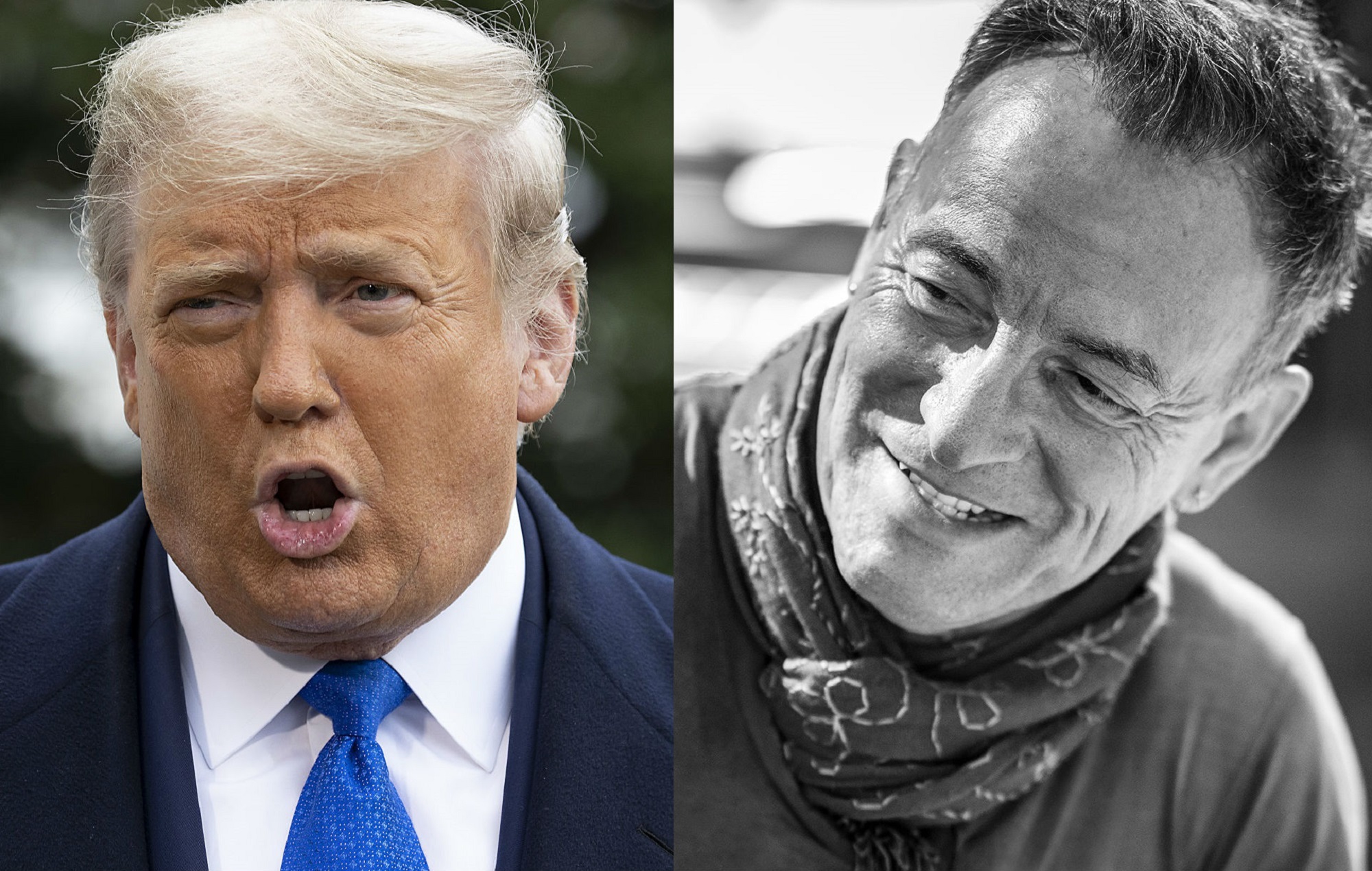 Bruce Springsteen has called on the US to vote Donald Trump out of office in next week’s presidential election.

Taking to Twitter, he posted an audio clip explaining the damage Trump has done during his four years in office alongside the caption: “We are lost. We’ve lost so much in so short a time. On November 3rd, vote them out.”.

In the clip, which you can hear below, the Boss said: “There’s no art in this White House, there’s no literature, no poetry, no music.”

He continued: “Where did that country go? Where did all the fun, the joy and expression of love and happiness go? We used to have a president who calmed and soothed the nation instead of dividing it. We are rudderless and joyless.”

It comes after Springsteen recently threatened to the leave the country if Trump wins a second term.

We are lost. We've lost so much in so short a time.
On November 3rd, vote them out.

“If Trump is re-elected – which he will not be; I’m predicting right now he’s gonna lose – if by some happenstance he should be, I’ll see you on the next plane [to Australia].”

Springsteen has a long history of speaking out against the incumbent president, having previously labelled Trump “a threat to our democracy” and criticising his handling of the coronavirus pandemic, telling him to “put on a fucking mask”.

Springsteen joins a host of celebrities who are calling on US public to vote for Democrat Joe Biden on November 3 including Cardi B, Jon Bon Jovi, Fall Out Boy and Dave Grohl.