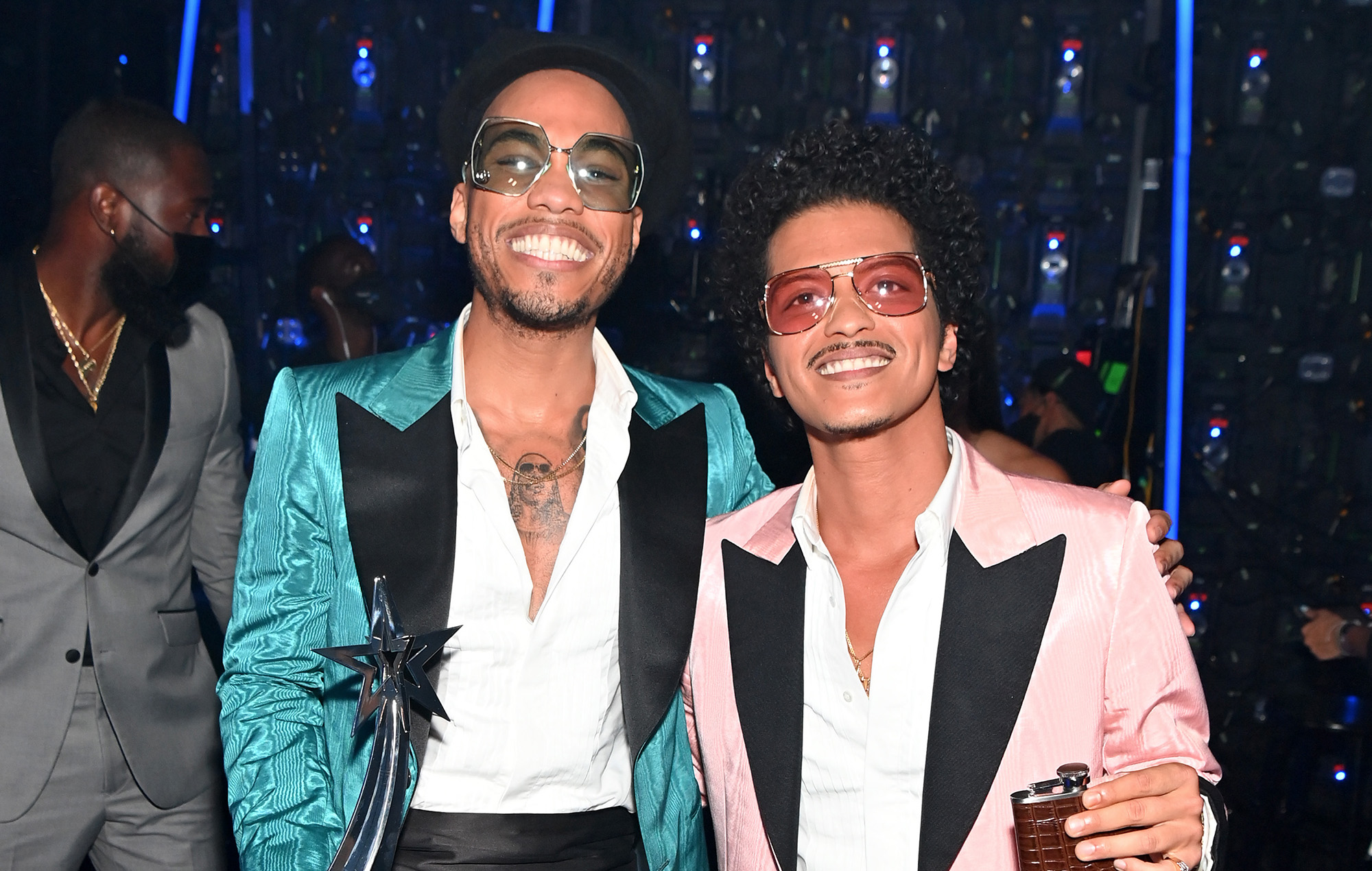 Bruno Mars and Anderson .Paak have unveiled the release date for their ‘Silk Sonic’ album.

The album, ‘An Evening With Silk Sonic’, will arrive on November 12 and will feature previously released singles, ‘Leave The Door Open‘, ‘Skate‘ and ‘Silk Sonic Intro’.

The pair announced the project back in February and performed ‘Leave The Door Open’ at the Grammy awards a few weeks later.

Back in August, the duo suggested that the album wouldn’t be arriving until January 2022. In an interview with Rolling Stone, Mars said: “We’re really in touch-up mode now. We’ve got the bones of most of the album, so it’s really about touching up parts that need a little more… grease.”

In a post on social media on Mars’ birthday, the pair confirmed the release would could sooner than expected.

Anderson .Paak shared the news on Twitter, sharing a picture of the pair alongside funk legend Bootsy Collins. “ALBUM DROPS NOVEMBER 12!! Now spam the comments with happy birthday wishes to my brother @BrunoMars,” he wrote.

‘An Evening With Silk Sonic’ will mark the first studio album from Mars since 2016’s ’24K Magic’. In 2019 he released a pair of collaborative singles: ‘Please Me’ with Cardi B and ‘Blow’ alongside Ed Sheeran and Chris Stapleton.

.Paak released his fourth studio album ‘Ventura’ in 2019. In May, .Paak directed a music video for the single ‘Motorbike’ by Leon Bridges.

Earlier this year, the pair spoke to Rolling Stone about their working relationship, explaining that they first met when .Paak supported Mars on the European leg of his ’24K Magic’ tour in 2016.

When it came to collaborating, the pair said they initially aimed to take backstage jokes they had developed on tour, known to them as “jibb talk”, and turn them into songs.

.Paak said “jibb talk” is “bullshit with a smile – we just talk all day and do bits. But it’s all from the heart, because we’re writing from our experiences, from our relationships – it’s rare that two men can come together and talk about love.”