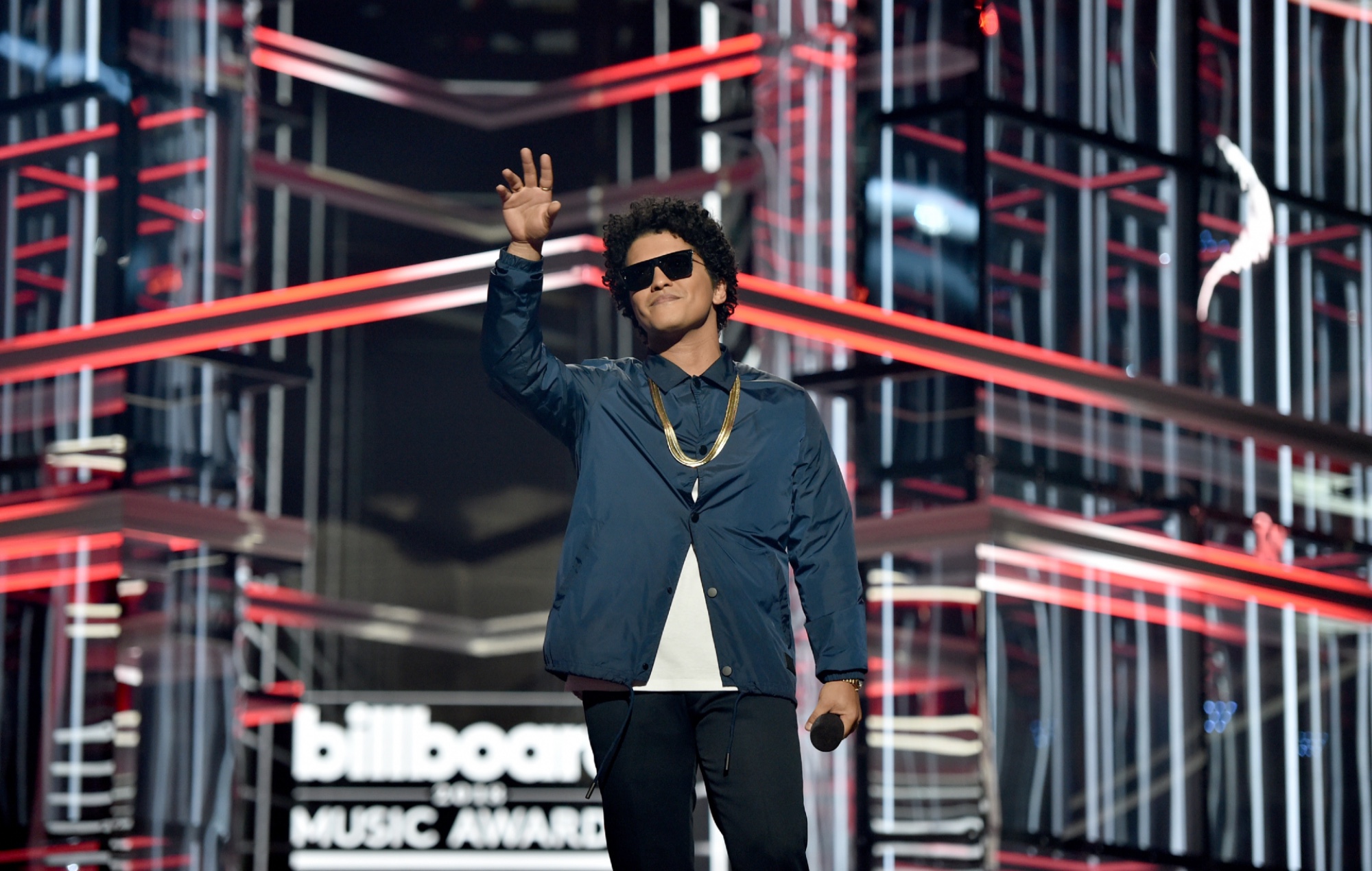 Bruno Mars has become the first artist to have five songs certified as Diamond by the Recording Industry Association Of America (RIAA).

His songs ‘That’s What I Like’ and ‘When I Was Your Man’ have just received diamond certification after selling and streaming over 10 million copies.

Other songs already certified Diamond include ‘Just The Way You Are,’ ‘Grenade,’ and his collaboration with Mark Ronson, ‘Uptown Funk!’

Recording Industry Association Of America chairman and CEO Mitch Glazier said of the achievement: “Congratulations to Bruno Mars — the first artist with five Diamond Single Awards in the history of RIAA’s Gold and Platinum Program!”

“This milestone is a testament to Bruno’s unstoppable creative genius and the incredible partnership he has built with the team at Atlantic Records. What Bruno has accomplished is just extraordinary. Fewer than 60 Diamond Single Awards have ever been awarded — and Bruno now has five of them!”

Back in March, Mars and Anderson .Paak brought their new collaboration Silk Sonic to the stage for the first time at the Grammys 2021.

The pair announced the new project earlier this year (February 26) and released their first single ‘Leave The Door Open’ on March 5.

Mars and .Paak joined forces on stage for the first time at tonight’s Grammys, performing alongside the likes of Harry Styles, Dua Lipa, Taylor Swift and Billie Eilish.

They brought some vintage style to the annual awards show, dressed in matching burnt orange suits to deliver their debut live performance.


Mars and .Paak also returned to the Grammy stage after debuting their new project to pay tribute to Little Richard.

Paak took on drumming duties while Mars sang on a medley of ‘Long Tall Sally’ and ‘Good Golly Miss Molly’. “We love you Little Richard,” Mars said as the performance ended.