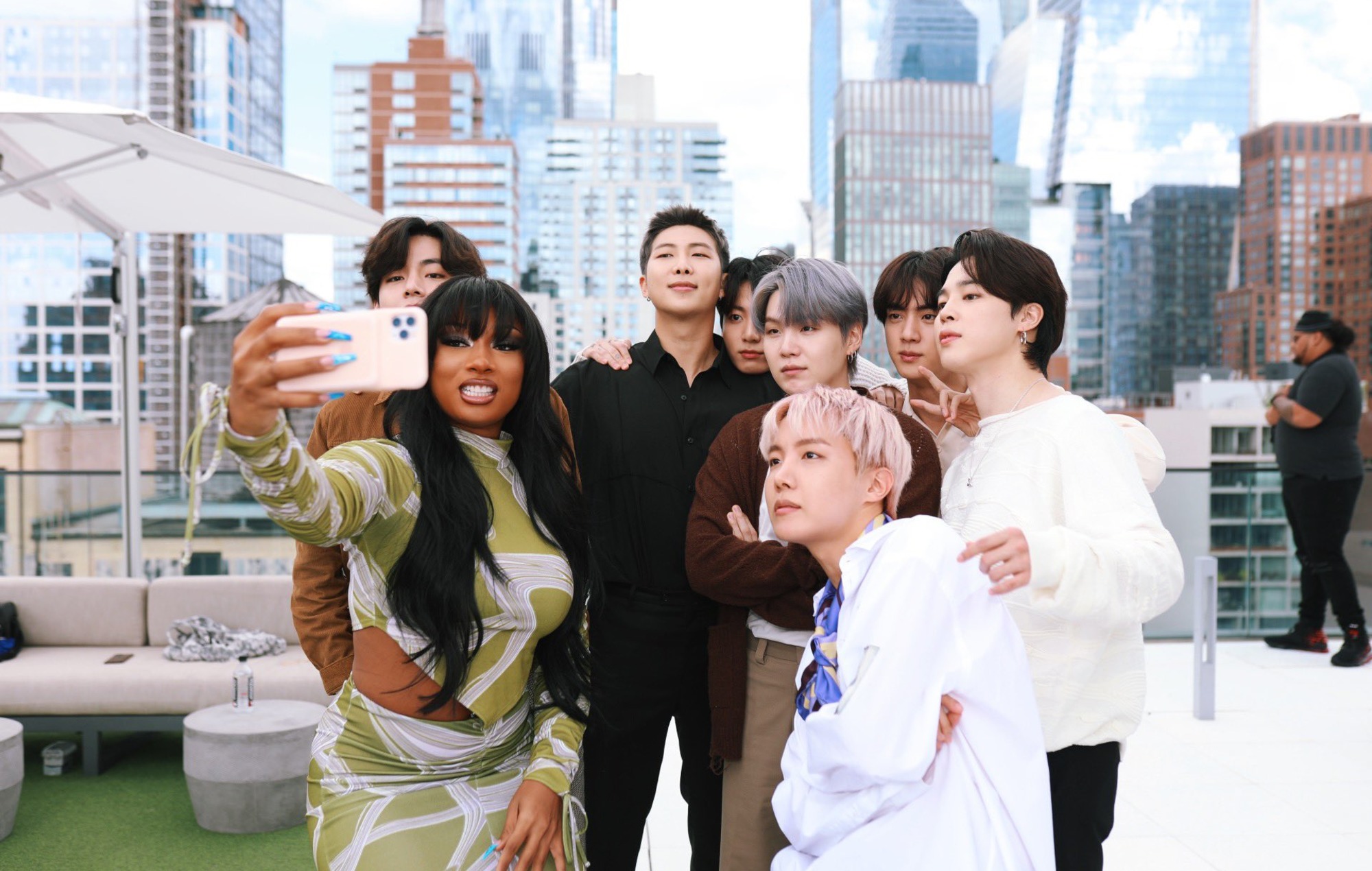 BTS and Megan Thee Stallion will give their collaborative version of the Korean group’s single ‘Butter’ its live debut at the 2021 American Music Awards.

Megan Thee Stallion added a verse to the band’s record-breaking hit single this summer after battling her label to be able to do so.

Now, the two acts will team up on stage for the first time at this year’s AMAs. The premiere performance of ‘Butter (Megan Thee Stallion Remix)’ will be aired during the ceremony, which takes place on November 21 from 8pm ET (1am GMT).

BTS could take home three trophies from the event, including Favourite Pop Song for ‘Butter’, while Megan is also up for a trio of gongs.

More artists have also been confirmed to perform at the awards show including Olivia Rodrigo, who leads the nominations with seven nods across all categories. Bad Bunny, who is up for five awards, will also give the first live performance of his collaboration with Tainy and Julieta Venegas, ‘Lo Siento BB:/.’”

Last month, BTS shared footage of their New York meeting with the Houston rapper, which took place while the group were in the city to appear at the United Nationals General Assembly. In the video, Megan talked about working with the Korean stars again, saying: “Whenever we do another song, I feel like we gotta do it big. We gotta do a video, and it’s gonna be happening.”

She also shared her reaction to being asked to do the collaboration. “I was like, ‘I wanna do a song with BTS’, and then when it came up I was like, ‘They know me?’” she said. “I was so happy.”