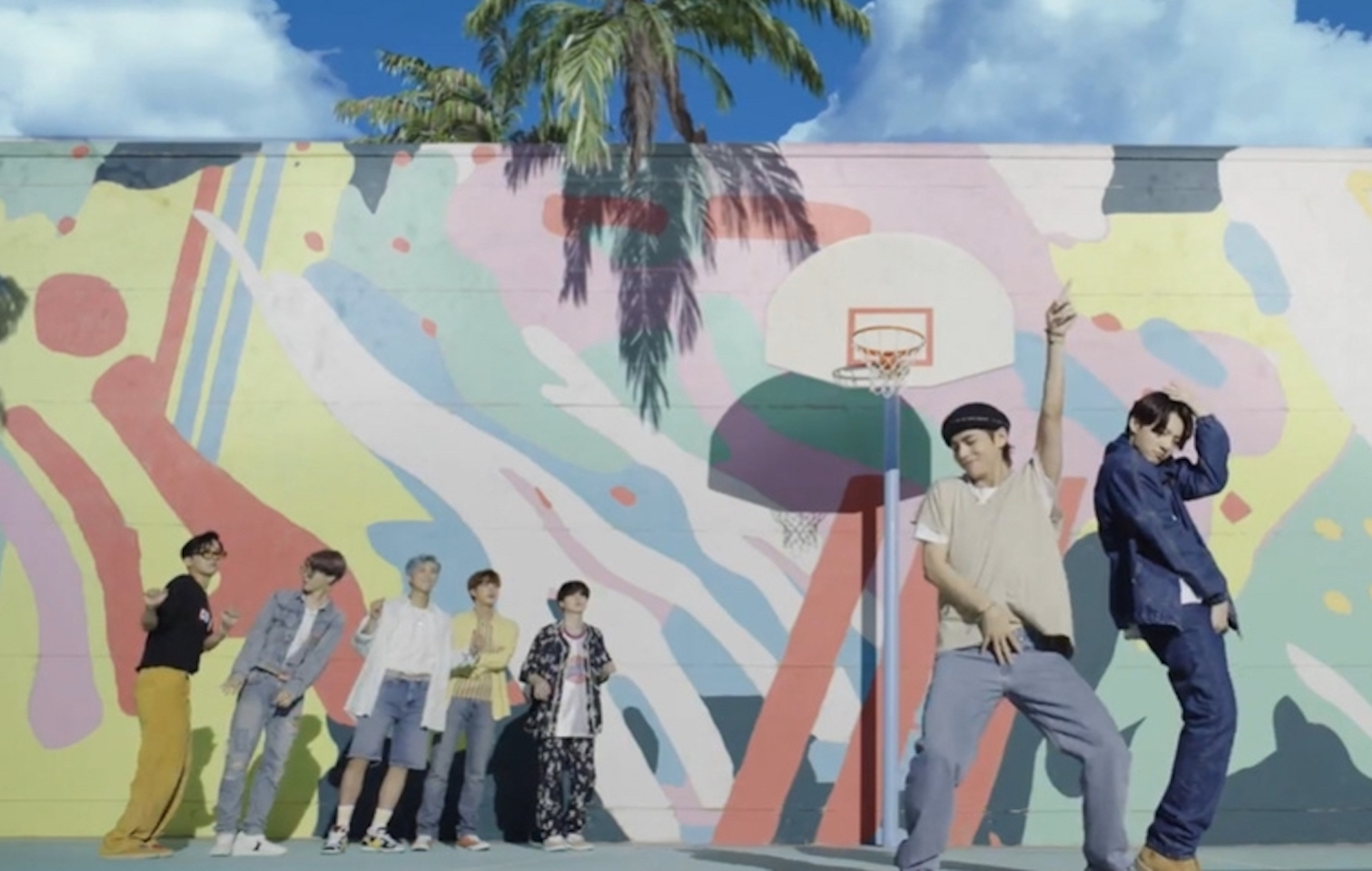 BTS have announced the release of two new remixes of their new English-language single ‘Dynamite’.

The Korean band made their return with the new track earlier today (August 21), six months after the release of their latest Korean album ‘Map Of The Soul: 7’.

Two new versions of ‘Dynamite’ will now arrive next week. The group’s label, Big Hit Entertainment, tweeted the news earlier today with new photos from the music video set. The remixes will take the form of new EDM and acoustic versions of the song and will be released on Monday (August 24) at 1pm KST (5am BST).

BTS previously said they wanted to share the single ahead of the release of their new album later this year as a way to “share some positive energy with our fans” during the current coronavirus pandemic.

A video for the song arrived with its release this morning, which features the members dancing alone in various sets – a bedroom, a diner, a record store – before delivering choreography across an array of glossy, technicolour backdrops.

Meanwhile, the band will release their latest concert film Break The Silence: The Movie next month. The tour documentary follows an episodic series of the same name that was released on Big Hit’s Weverse platform earlier this year and will follow the group on their 2019 ‘Love Yourself: Speak Yourself’ world tour. The film will open in cinemas in the UK on September 10.

Earlier this year, BTS broke the Guinness World Record for the most-viewed concert livestream with June’s Bang Bang Con: The Live show. They will hold another livestream show in October – Map Of The Soul ON:E – which will also feature a limited in-person audience.