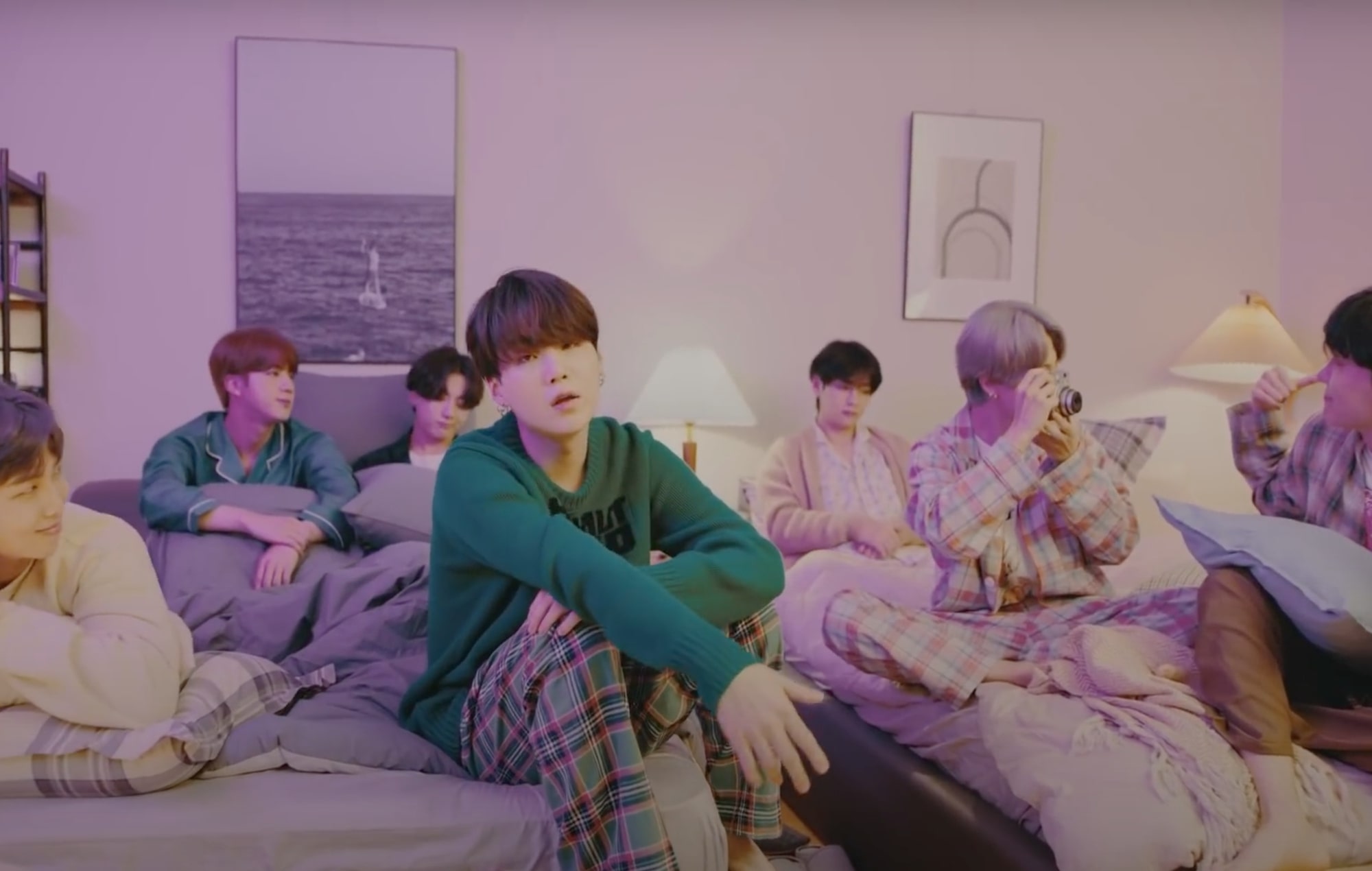 BTS have shared a new version of the video for ‘Life Goes On’, dubbed ‘on my pillow’ – scroll down the page to watch it now.

The band released the new single, along with their latest album ‘BE (Deluxe Edition)’, yesterday (November 20).

The ‘on my pillow’ video was filmed in a bedroom in the band’s dorm in Seoul and shows the seven members hanging out on two beds, taking photos of each other and lounging around as they sing the track.

Like the original version of the video, member Jungkook is credited as director. Watch ‘Life Goes On: on my pillow’ below now.

BTS began work on ‘BE (Deluxe Edition)’ after their ‘Map Of The Soul’ stadium world tour was forced to be postponed due to the coronavirus pandemic. It follows their previous record, ‘Map Of The Soul: 7’, which was released in February 2020.

In a four-star review of ‘BE’, NME wrote: “Over seven songs (and one skit), BTS strike the perfect balance between encouragement and reassurance, and sharing in the dark cloud of everyday struggle Covid-19 has cast over us […] When NME spoke to the world-conquering band in August, RM said they were “eager to comfort and give joy to people through our music and performance more than ever”. Mission accomplished.”

‘Life Goes On’ will be given its first live performance at the American Music Awards tomorrow (November 22). BTS are also nominated for two awards at the ceremony – Favourite Social Artist and Favourite Duo Or Group – Pop/Rock.