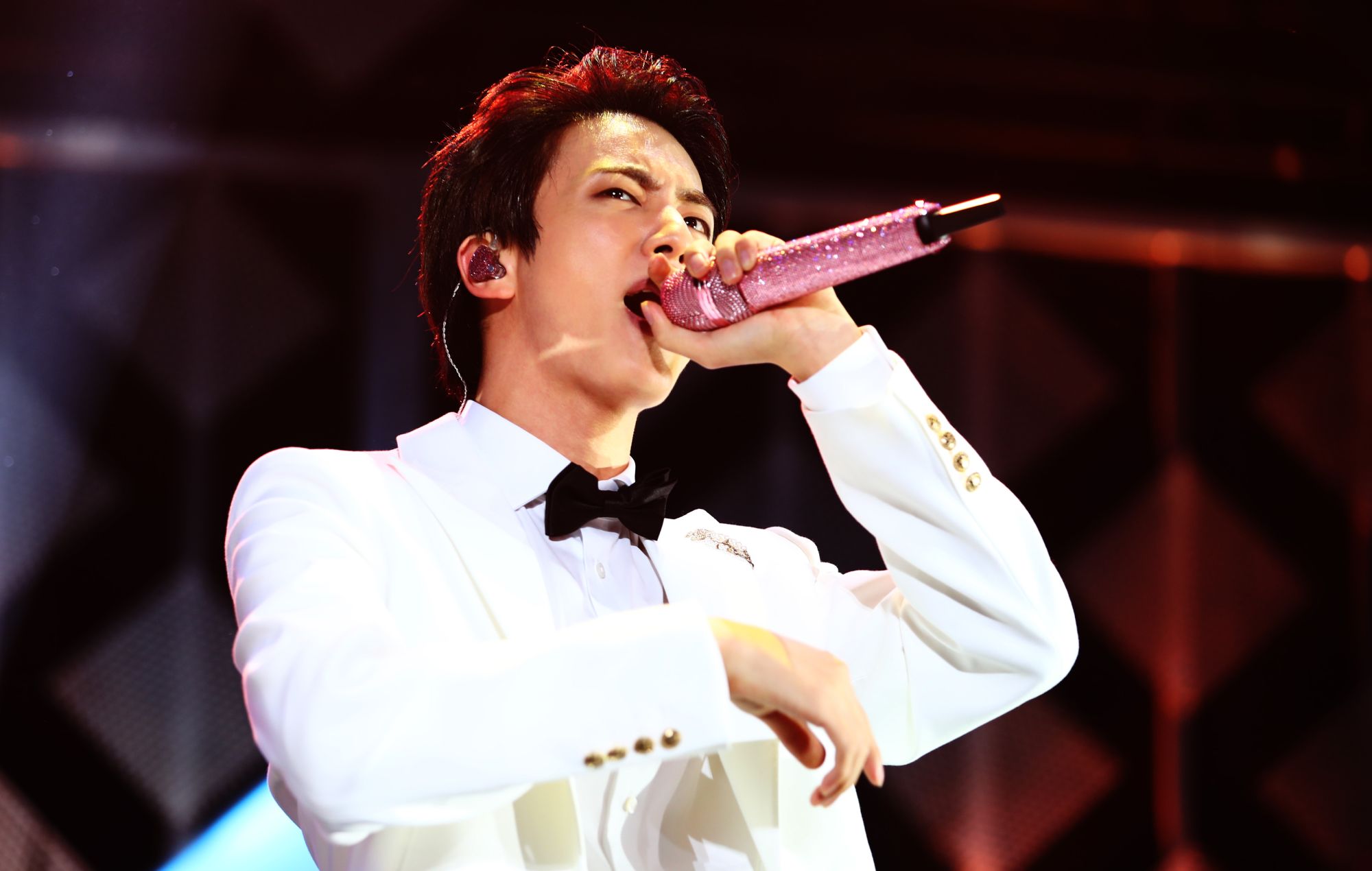 BTS member Jin has announced his debut solo album and said that a new single will arrive “soon”.

The K-pop star told fans towards the end of BTS’ World Expo 2030 Busan Korea concert on Saturday (October 15) that he has been working on his own material.

“I have something to tell you… I’ve ended up becoming the second [BTS member] after J-Hope to release my own album. It’s not a huge album or anything, it’s just a single.

“I was able to work together with someone that I’d always really liked, so I’ll be releasing a new song. I’ve filmed a lot different things recently, and there’s still a lot of [content] left to film, so I hope you’ll enjoy all of it,” he said.

Fans have so far got a taste of solo material from Jin with a handful of one-off tracks including ‘Tonight‘, ‘Abyss’, ‘Yours‘ and ‘Super Tuna‘.

In June the band announced that its seven members – Jin, Suga, J-Hope, RM, Jimin, V, and Jungkook – would be taking a temporary break from active group activities to pursue solo work.

RM was expected to be the next member of the K-pop behemoths to announce next solo career moves, after he said this summer that his upcoming effort was “90 per cent done”.

Elsewhere onstage J-Hope addressed the future of BTS. “I think we’re in a phase where we need your trust,” he said [via Billboard].

J-Hope unveiled an official solo project of his own in July with the album ‘Jack In The Box‘, following BTS sharing their plans for a break. It marked J-Hope’s first studio album, despite sharing a solo mixtape in 2018 and a song with Becky G in 2019, and featured the singles ‘MORE’ and ‘Arson‘.

“Although it’s so sad that the concert is ending already, it’s not like we only have today. We will continue for 30 years … and even perform when we are 70 years old,” Jimin said at the Busan concert.

RM later added: “All seven members have the same thoughts right now. We will continue to make and perform music if you give us your trust, like Jimin said.”

NME saw the Busan concert on Saturday and noted in a five-star review: “As ‘Young Forever’ suggests, BTS have never been a band to do things by halves and the production of this one-off concert reinforces that. The two-hour show is a sensory overload, from the constant explosions of fireworks down to the attention to detail.”