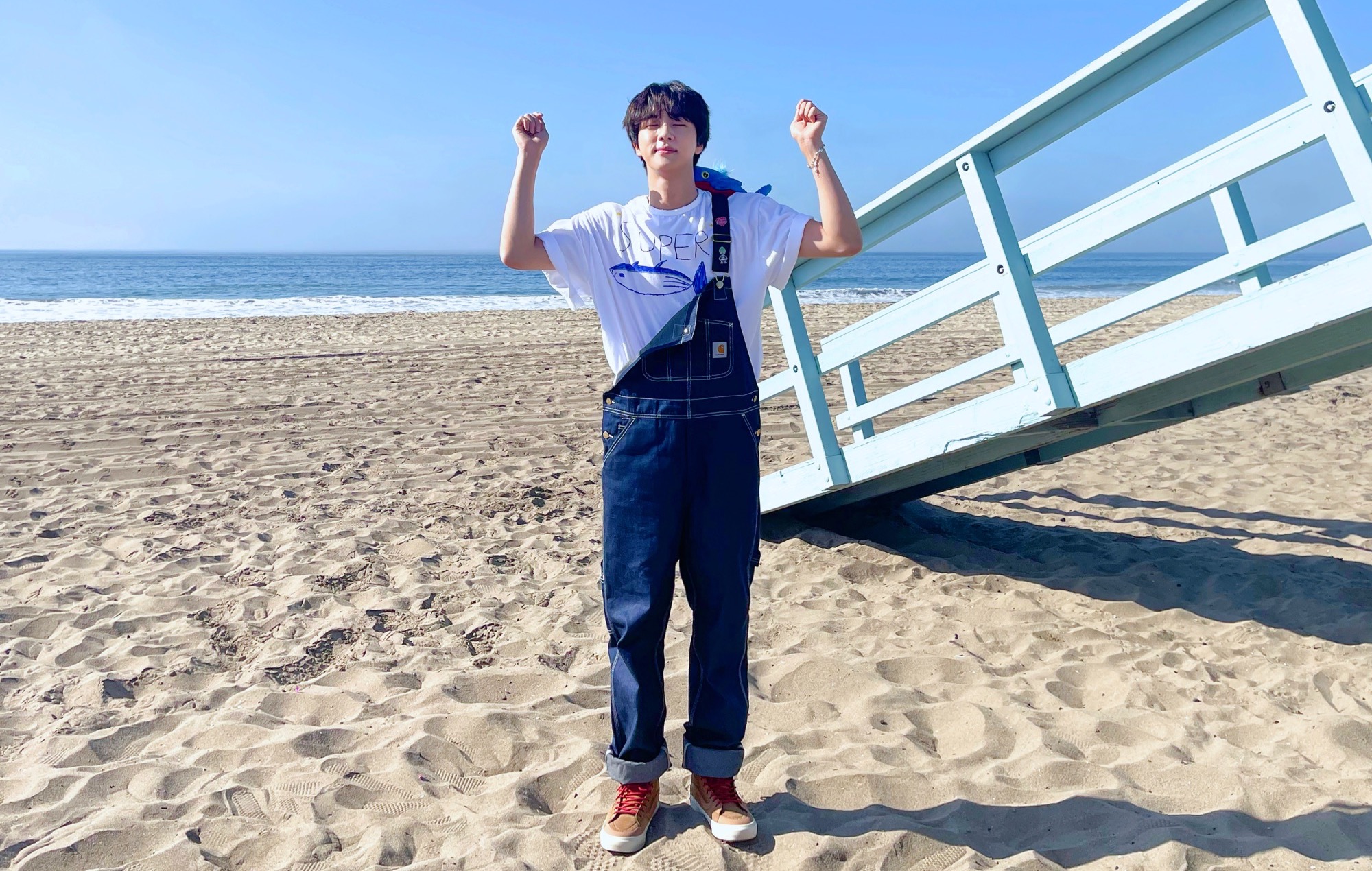 Jin of BTS has dropped an a new solo song titled ‘Super Tuna’.

The K-pop idol released the minute-long song to commemorate his 29th birthday on December 4. Jin had co-produced the upbeat trot song with frequent SEVENTEEN collaborator Bumzu, who had also contributed background vocals.

The song dropped alongside a hilarious “special performance” clip, with Jin and two backup dancers as he jump along to the energetic track, an ode to his love for fishing. “Tuna! Hah! Tuna! Super Tuna!,” the BTS singer exclaims in the chorus as he imitates a flopping fish with the choreography.

‘Super Tuna’ is a trot song, a type of Korean music characterised by its repetitive rhythms and vocal inflection that was hugely popular during the ’50s to ’80s. Trot has seen a resurgence in recent years with the emergence of younger singers revitalizing the genre.

‘Super Tuna’ has since inspired several memes and fan art, as well as a new dance challenge on TikTok. Fans have taken to the video sharing platform to upload their own renditions of the dance, which was choreographed by Jin himself.

The star later posted on fan community app Weverse that he had not planned for ‘Super Tuna’ to turn into a dance challenge, and jokingly requested for fans to “stop it”. “If it becomes a bigger deal, the company might wants to make second verses, so stop it,” wrote Jin, as translated by a fan page on Instagram.

Just last week, BTS wrapped up their hugely successful ‘Permission To Dance On Stage’ concert in Los Angeles. The four-night concert – which took place November 27-28 and December 1-2 – had sold 214,000 tickets and grossed $33.3million (£25million), making it one of the best-selling concerts of all time.