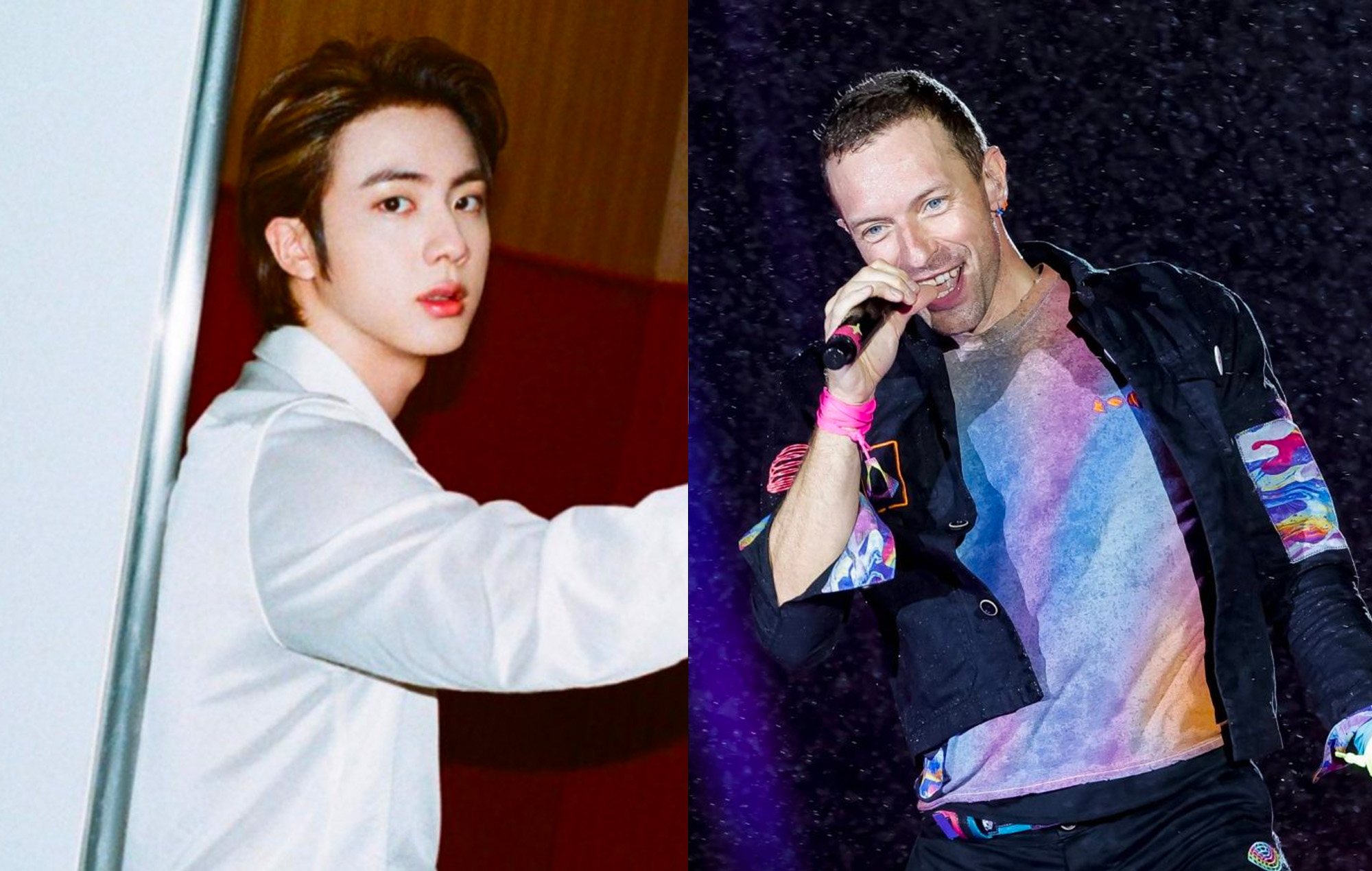 BTS‘ Jin will be performing his upcoming solo single ‘The Astronaut’ alongside Coldplay for the first time during the band’s forthcoming concert in Buenos Aires, Argentina. The performance will be broadcast in cinemas across the world and tickets are available now.

Jin and Coldplay will be performing the former’s upcoming debut solo single ‘The Astronaut’ together on stage. Set to be held at 7pm ET on October 28, the Coldplay concert will take place at the Estadio River Plate in Buenos Aires. The concert will be held several hours after the single is scheduled to be released officially, at midnight ET that same day.

The performance will also be broadcast live in over 3,500 cinemas across more than 75 countries/regions. The screening will take place October 28 in North and Latin American cinemas and October 29 in the rest of the world (due to time zone differences). It’s touted as the first live worldwide cinema broadcast of a concert from Latin America.

A full list of participating cinemas and tickets to the broadcast event are now available at coldplaycinema.live. Tickets for the upcoming Coldplay show in Buenos Aires are also currently on sale via Coldplay’s official website.

‘The Astronaut’, as announced earlier today (October 20), was co-written by both Jin and Coldplay. It will mark the second time the K-pop boyband have collaborated with Coldplay – they last joined forces on the latter’s 2021 song ‘My Universe’.

In a preview of ‘The Astronaut”s physical editions, Kygo and Max Martin were credited as co-producers on a lyric pamphlet included in the album, on top of Coldplay members, including frontman Chris Martin.

Jin announced his plans to release solo material at BTS’ recent ‘Yet To Come’ concert in Busan last weekend (October 15).

As soon as he wraps up promotional activities for ‘The Astronaut’, Jin is expected to be the first BTS member to enlist for mandatory military service. The group’s label Big Hit Music have also said the boyband have plans to reconvene after their military service around 2025.