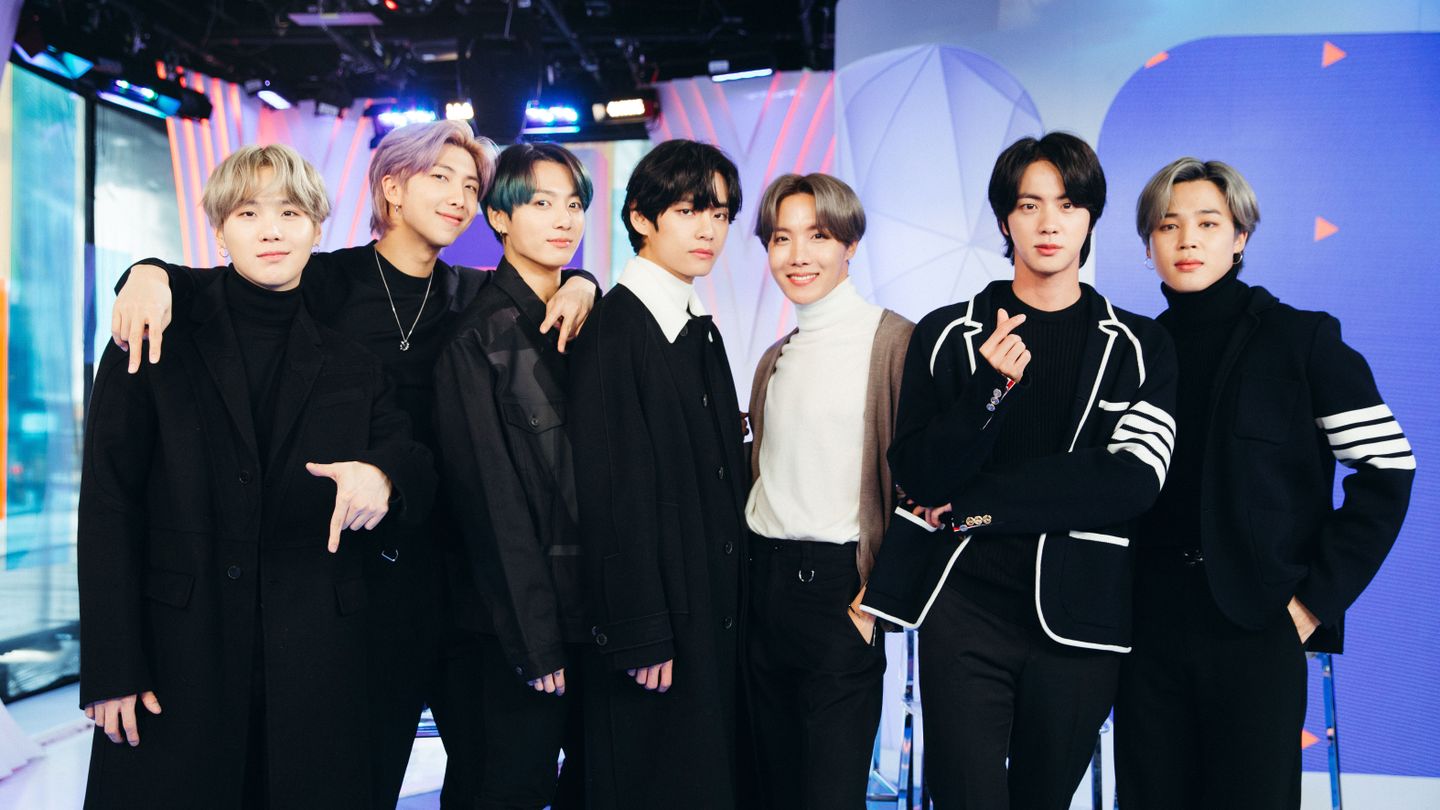 BTS Shine Through The Grammys With ‘A Little Funk And Soul’

BTS know how to turn up the party: The superstar South Korean band performed their disco-revivalist jam “Dynamite” at the VMAs in August and made it a black-tie affair. Now, they’re bringing that electric energy — and appropriately colorful suiting — to the 2021 Grammy Awards stage on Sunday (March 14).

Just like the ’70s-inspired music video for “Dynamite,” the energetic closing track on their hopeful November album Be, BTS’s performance was awash in pastels. It began on a stage decked out with flowers, which Jin, Suga, J-Hope, RM, Jimin, V, and Jungkook all navigated with ease while moving through towers of falsetto hooks. The group made full use of the set, eventually finding their way onto the roof. Finishing their choreography within an illuminated urban backdrop, the performance gave new meaning to the lyrics “shining through the city with a little funk and soul.”

The Bangtan Boys were no strangers to the Grammys. Last year, they joined Lil Nas X for a dizzying, star-studded medley of the megahit “Old Town Road.” In a performance that featured cameos from Diplo, Mason Ramsey, and Nas himself, BTS took lead on a verse from their remixed take on the track, “Seoul Town Road,” which referenced the South Korean capital city.

However, this was their first time at the ceremony as nominees. BTS were up for Best Pop Duo/Group Performance for “Dynamite,” though Lady Gaga and Ariana Grande were awarded instead for “Rain On Me” ahead of the main show. Had BTS received the gramophone, it would have marked a historic first-time win for the band. In response to the news, fans up the internet in support of the group with hashtags like #LightItUpBTS and #BTSOurGreatestPrize.

Nonetheless, BTS encouraged listeners to stay positive, posting on Twitter to watch “out for the performance,” signing off with a purple heart emoji. Check out the action above and find all the 2021 Grammys winners right here.