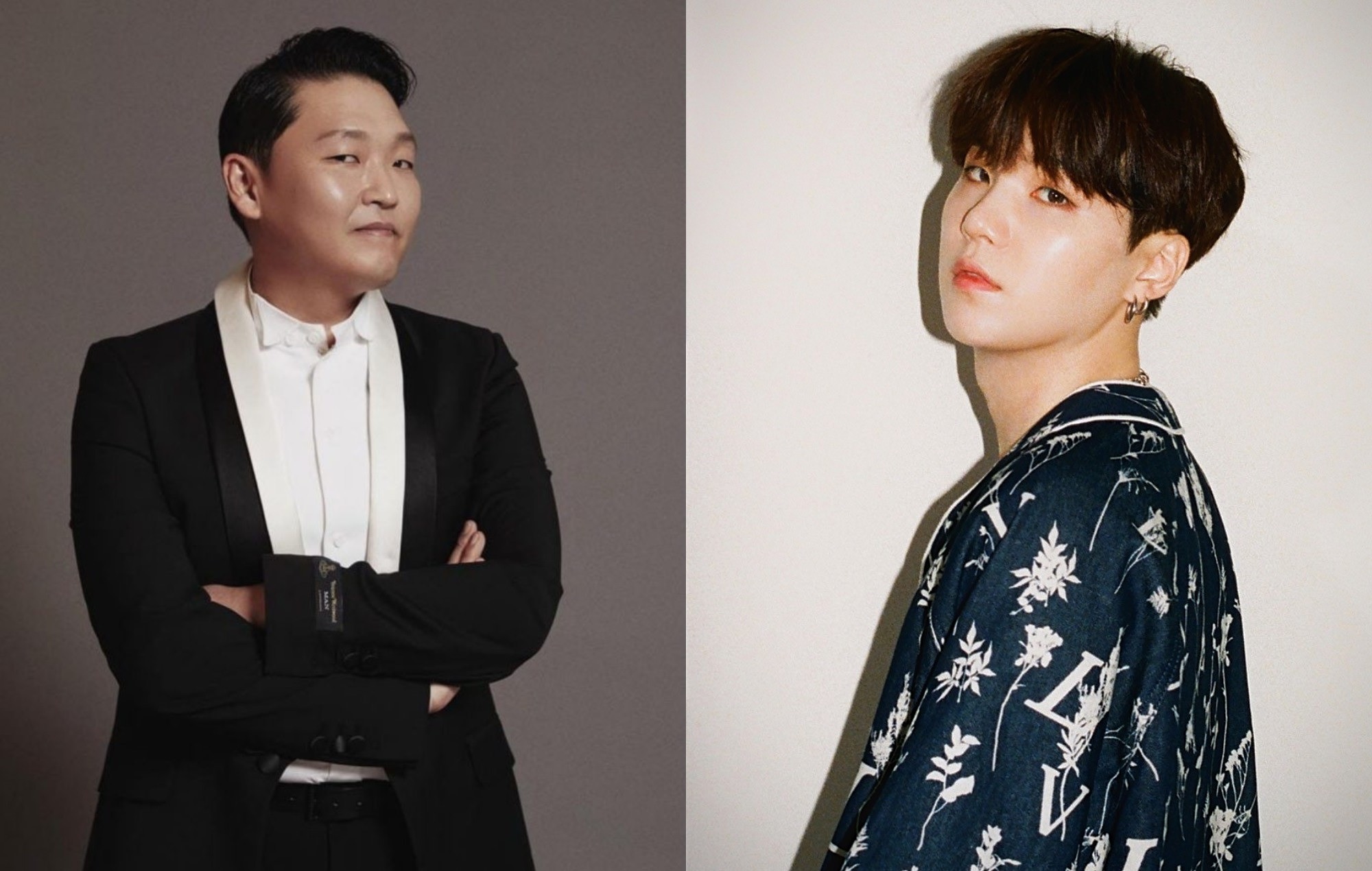 BTS’ Suga has praised Psy’s global megahit ‘Gangnam Style’, saying it “paved the way for K-Pop” around the world.

Released in 2012, The K-pop icon became the highest-charting Korean pop act on the Billboard Hot 100 when ‘Gangnam Style’ peaked at Number Two. Since then, only BTS have gone on to best his record, hitting Number One six times since 2020.

Earlier this month Psy released ‘That That’, the lead track from new album ‘Psy 9th’ which was produced by and features Suga.

Now the pair have teamed back up for an interview on Psy’s YouTube channel. “He was always someone I was grateful for,” Suga said in Korean (and translated into English via the subtitles) “With ‘Gangnam Style,’ he paved the way for K-pop in the U.S. so that we were able to follow his footsteps with ease.” Check it out below:

During a press conference for his new album, Psy discussed the success that other Korean artists have experienced in the 10 years since ‘Gangnam Style’ was released. Psy said acts like BTS and BLACKPINK have achieved the “opposite” of his viral fame because they have gained “permanence and persistence”.

“If (BTS) continue like this, though they’re not doing music for the sake of raising national prestige, I think they’re giving [Korea] a lot of proud moments,” Psy added. “I feel very proud that I had a role in being that trigger. BTS have thanked me for that part several times, so I’m proud of it.”

In a recent interview discussing his involvement with Psy’s new single, Suga revealed he wasn’t initially aware how much he would be involved with the release. “I seriously didn’t expect to be dancing with Psy,” he said. “Ah… I thought I was only writing the song.”


In other BTS news, the group will return on June 10 with a new album. New single ‘Yet To Come (The Most Beautiful Moment)’ will be released the same day.

‘PROOF‘ follows on from 2021’s ‘BE’ and will, according to BigHit Music, be an “anthology that embodies the history of BTS will be released as they begin a new chapter as an artist that has been active for nine years to look back on their past endeavours.”