BTS have topped Twitter’s list of most popular artists for the fourth year in a row.

The new survey revealed that group were the number one most tweeted-about musicians in the US, beating out the likes of Kanye West, Beyoncé and Drake for the most mentions on the social media platform in 2020.

Four of the Top 10 musicians on the list were K-pop groups, edging out the likes of Ariana Grande, Justin Bieber and Billie Eilish. 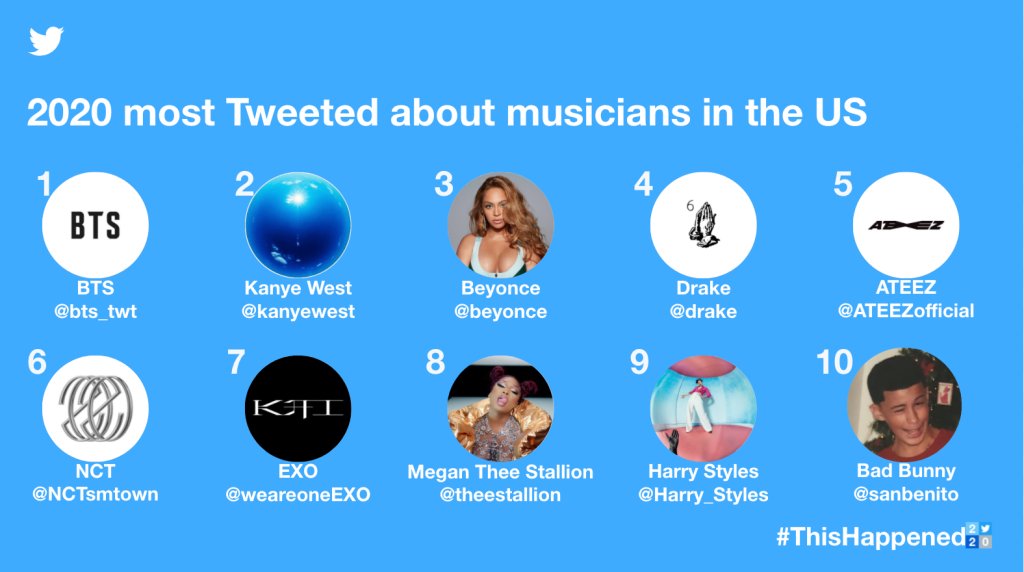 It’s no surprise that BTS also dominated the more specific K-pop lists on Twitter, ranking as the number one most mentioned K-pop artist in the world for 2020. BTS’ hit song ‘Dynamite’ was also the most-mentioned K-pop song on the social media platform. 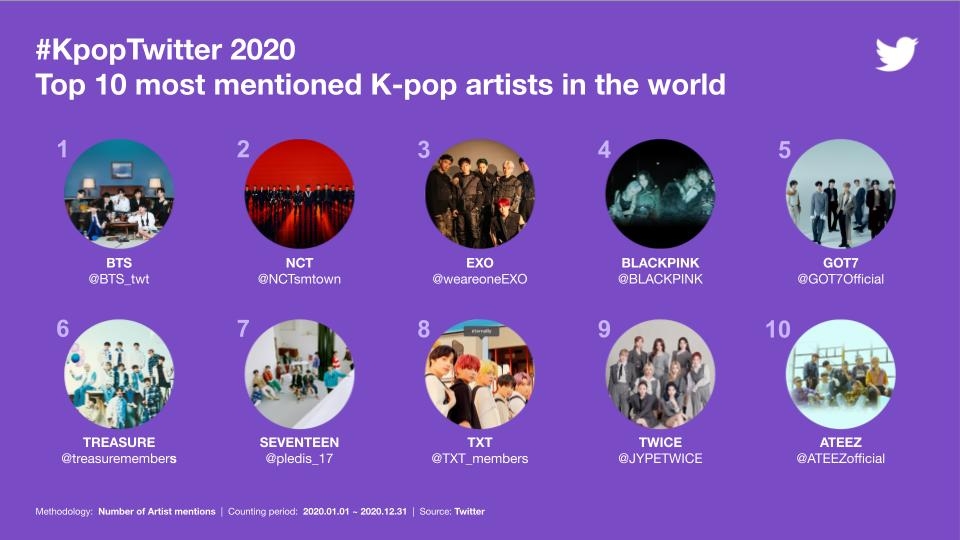 Twitter looked at data from things like mentions of band members, band names and popular fan hashtags used over the course of the calendar year in 2020.

Twitter also revealed that there were a record 6.7 billion tweets about the musical genre in 2020, marking a 10 per cent increase from 2019, coming from a diverse range of markets, highlighting “the increasingly global nature of the K-pop community”.

Indonesia and Thailand topped the list of the countries with the most K-pop activity on Twitter, followed by South Korea, the Phillipines and the US. The social media giant also noticed a surge of interest from countries like Brazil, Spain, Turkey, France, and Saudi Arabia.

Earlier this month, BTS spoke about their own experiences with fame in a new interview, noting that they try to be thankful for the lives they are living.

While speaking to Apple Music’s Zane Lowe in a new episode of the music service’s Essentials Radio series, the group reflected on the fame that has come with their success.

“At least we’ve got six people beside us that understand each other,” leader and rapper RM said, referring to his bandmates. “I’m really grateful that I have these six people.”