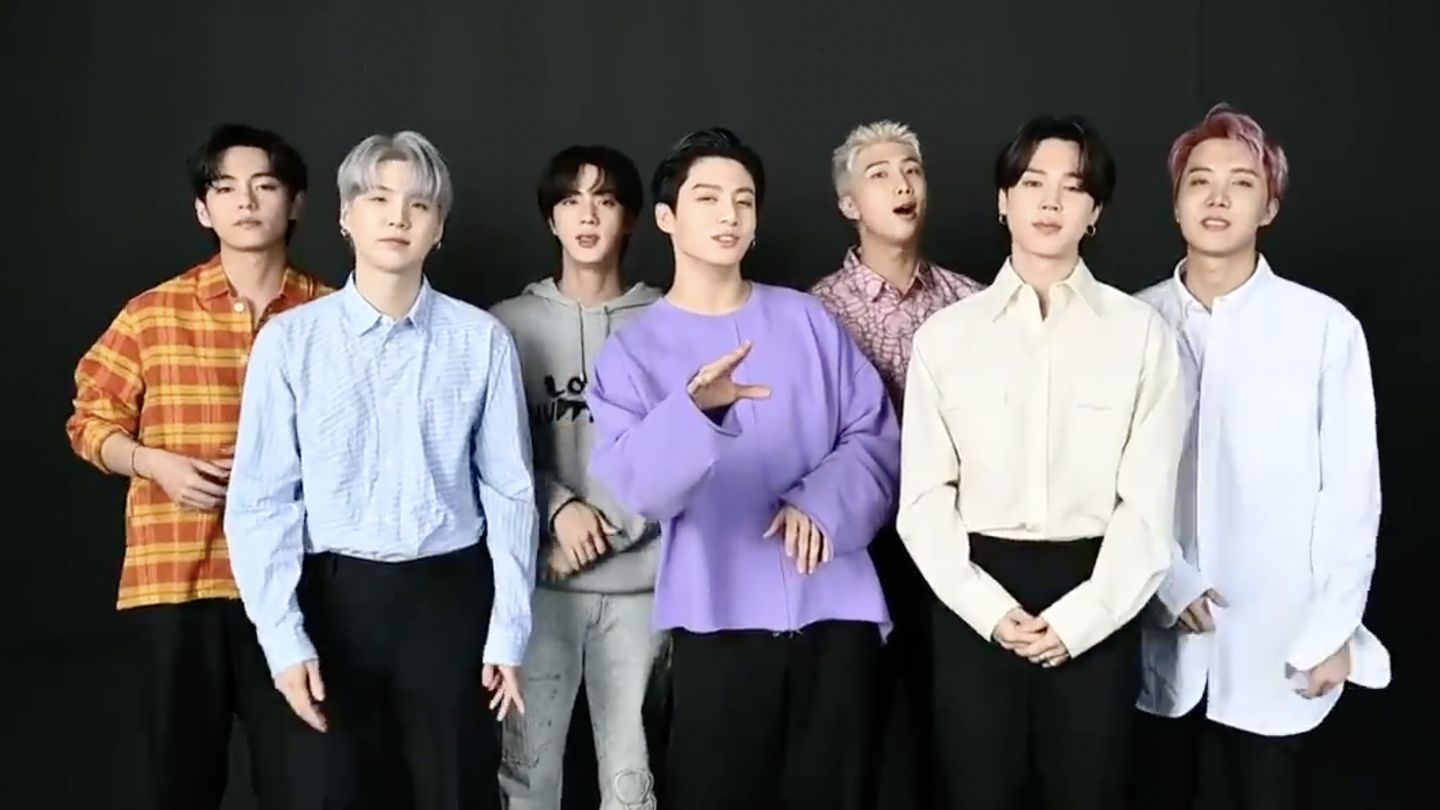 BTS Thanks The ‘Best People In The World,’ Their Fans, After VMAs Win

It’s safe to say that BTS’s leader RM is having a pretty historic birthday. In addition to having people around the globe celebrating “Namjoon Day” on social media, the 27-year-old artist took home two Moonpeople with his fellow BTS members at the 2021 MTV Video Music Awards on Sunday (September 12) — and the night is far from over.

Introduced by boy-band royalty Nick Lachey of 98 Degrees, AJ McLean of The Backstreet Boys, and Lance Bass of NSYNC, BTS won in the Best K-pop category with their snappy single “Butter.” Since its release in May, the feel-good track has been a shining jewel atop the Billboard Hot 100 chart for 10 weeks. In a true testament to their strength, BTS has won the Best K-pop category three years in a row since its inception in 2019 — first with their single “Boy With Luv,” then in 2020 with “On,” and now with “Butter.”

Although they couldn’t be present at the show, the group recorded an acceptance speech that began with them performing a short snippet of the song. “Thanks for this honor,” J-Hope said. “Sorry we couldn’t be there, but hopefully next time we will.”

Youngest member Jungkook revealed that the group feels “so blessed” and “grateful” for all of the love and support their fanbase, Army, has given them over the last year. Vocalist V seemed to share the same sentiment, adding: “Shout out to Army, the best people in the world!” Eldest member Jin wrapped up their speech by promising to keep bringing the “great music and performances” that BTS is known for around the globe.

“Army, this is all possible thanks to you guys,” RM shared. “Although we can’t meet in person, we feel your love every minute and second.” Member Suga added: “We love you and we miss you.”