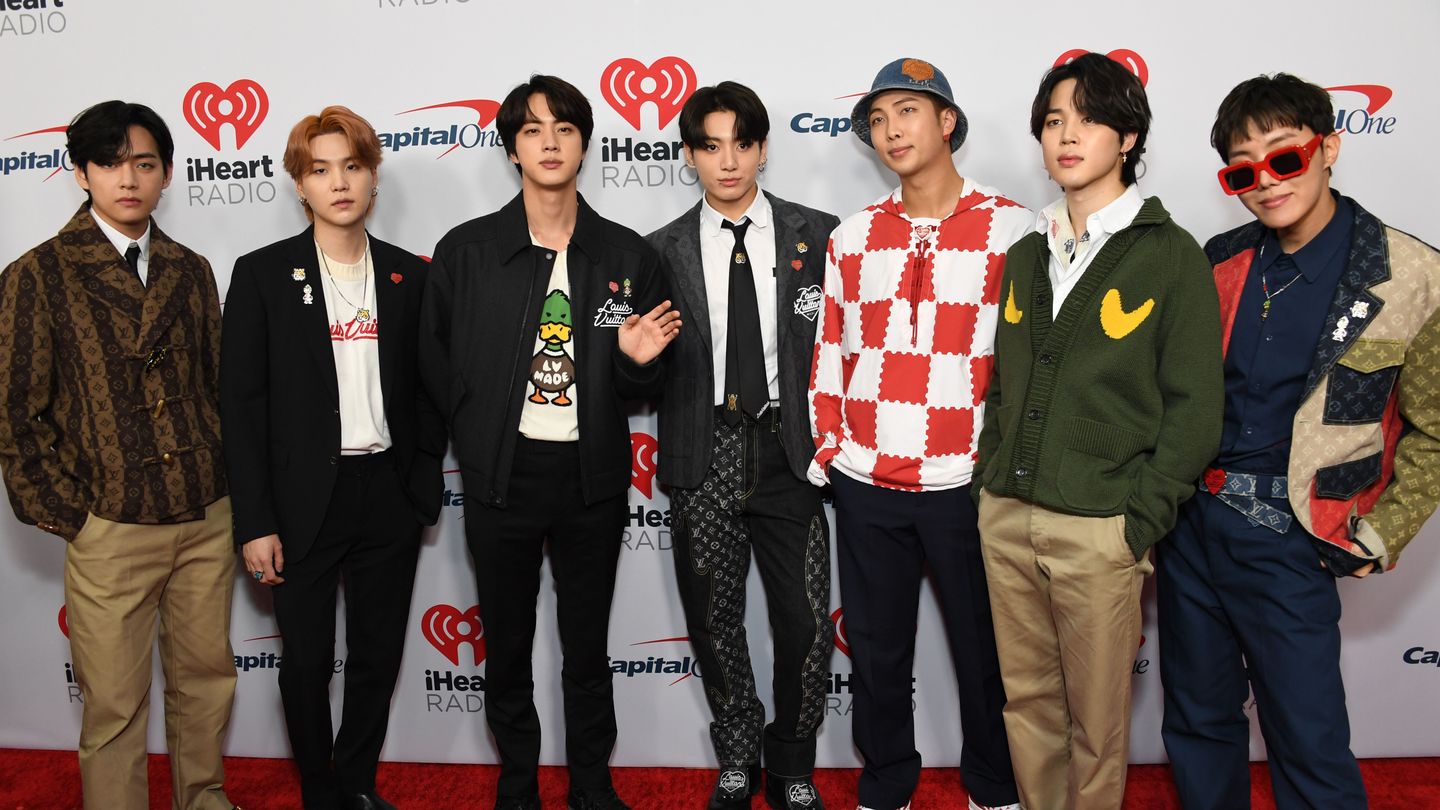 At this point, the BTS song “Butter” is already a bit of an institution. Despite only dropping in May, it’s reached multi-platinum status in addition to hitting No. 1 in several countries (including the United States) and gaining a remix featuring none other than Megan Thee Stallion. There are a lot of factors at play motivating that kind of success, but one of the main ones is that, simply, BTS are so incredibly popular globally that it’s a bit hard to fathom.

Perhaps that’s why all seven members will, at the end of 2021, take a much-deserved hiatus. It’s hard to say how long it’ll last — earlier this week, the group’s music company Big Hit called it an “extended period of rest” in a statement — but however long it is, it’s clear that Jin, Suga, J-Hope, RM, Jimin, V, and Jungkook deserve it.

Before then, they’re ending the year on a high note. That includes bringing “Butter” to The Late Late Show and making use of every inch of the studio to transform it into the club banger it was designed to be.

If you’ve ever been part of a television audience for a show taping, you know how small the studios can be. There are plenty of camera tricks at play to make the space feel bigger and grander on the screen than it might in real life. But for this “Butter” rendition, the smallness of the space is revealed in a different way: BTS simply takes over the production, creating a gigantic disco dance floor and seizing all control.

It was the 1,000th episode of James Corden’s show, so he clearly chose the right group to help ring in such a milestone. By the end of the performance, BTS have peacocked around in incredible jackets, held an impromptu fashion show in the middle of the dance floor, and made it feel like Corden’s studio could just barely contain their energy. Sounds about right.

Get down with “Butter” in the video above.