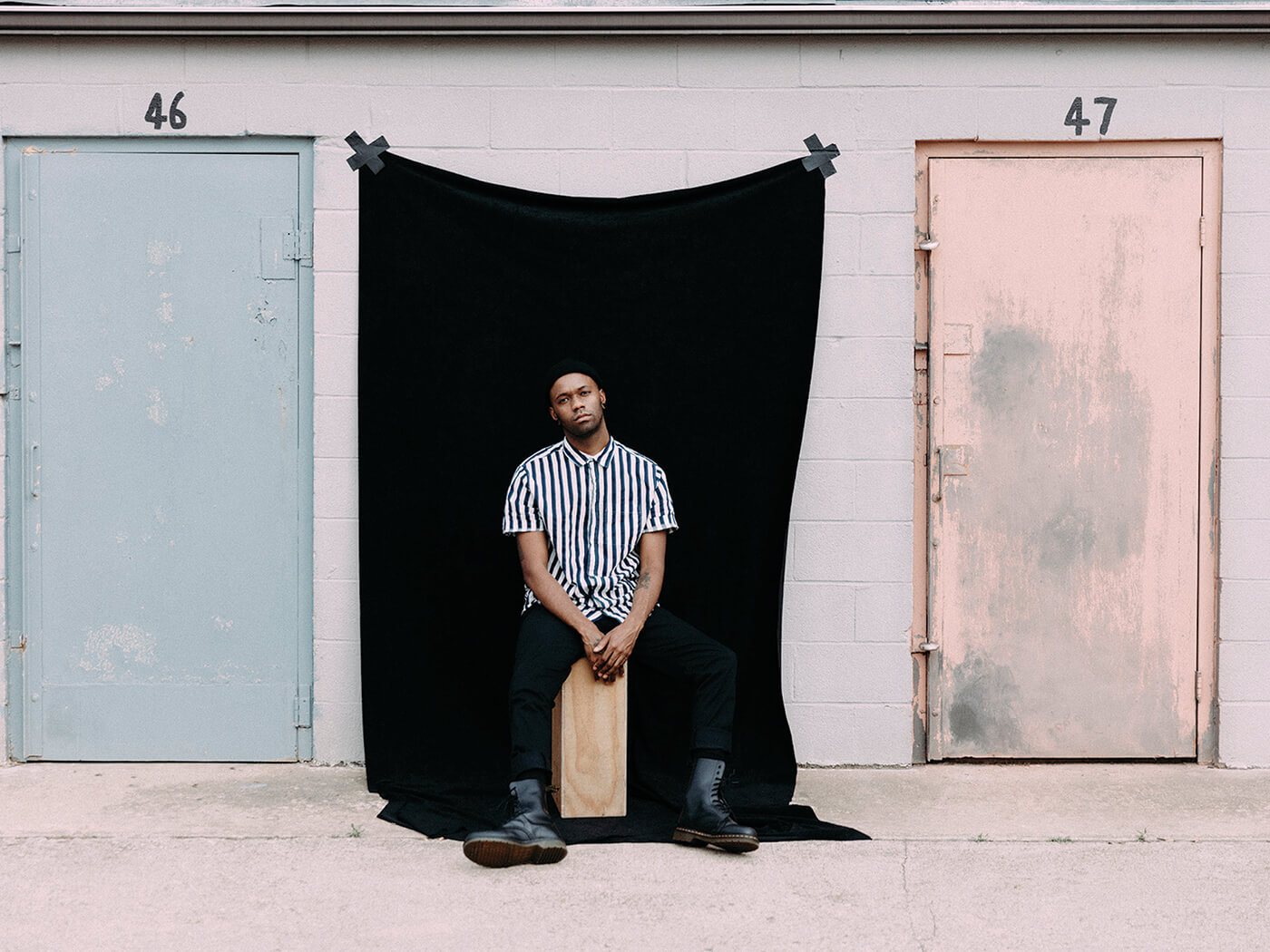 Carl “Buffalo” Nichols opens his self-titled debut with a crisp acoustic blues riff, bending the notes upwards while he depicts himself as a deeply and irredeemably lonely man.
“If you see me in your town, looking tired with my head hanging down,” he sings on Lost & Lonesome, “you may wonder what went wrong and why I’m alone”.

It’s a bracing introduction to an artist who uses blues to examine the world around him and who understands the historical weight of the music without being burdened by it. Nichols spends the rest of the album trying to explain himself – why he’s weary, what went wrong, how he found himself alone. He tells a sad story but one enlivened by his skills as a guitarist, his expressiveness as a singer and his insights as a lyricist.

Arriving amid a wave of artists who incorporate old blues into new sounds – including Amythyst Kiah and Tré Burt, among many others – Nichols sings and plays with the understanding that this musical form is an apt vehicle to capture this current moment in America, not despite its long history but because of it. Blues is a means of contextualising police violence, gentrification, Black Lives Matter and income inequality within a larger framework. “When my grandpa was young, he had to hold his tongue,” Nichols sings on the harrowing Another Man, “’cause they’d hang you from a bridge downtown/Now they call it stand your ground”. For him, 2021 is no different than 1921. Blues remains powerful and relevant because the conditions that inspired so much of the music still persist.

It took Nichols years to come to that conclusion. Born in Milwaukee, he taught himself to play guitar and specifically to play guitar like the artists in his mother’s record collection, such as Robert Cray and BB King. But few cities have a robust blues scene these days, let alone a blues scene open to young kids trying to learn the rules and pick up some techniques. Instead, he played in punk bands around town and, while the form didn’t leave much room for the kind of self-expression that he craved, it taught him important lessons about intensity, concision, and targeted outrage. He saw blues as a roomy museum in the United States, the province of boxsets and high-brow documentaries, something that spoke to the past rather than to the present.

Travelling throughout Europe and visiting clubs and coffeeshops, however, Nichols saw how this American music might be more closely integrated into everyday life. Upon returning to the States, he began writing songs about the state of his world, then made rough demos and field recordings at his apartment or nearby at National Recording: spare, often desolate acoustic performances usually featuring just his husk of a voice and his nimble guitar playing. Those demos became the foundation for his self-titled debut, a stunning collection of songs that treats blues less as a musical style and more as a way of seeing the world in all its glory and horror. Buffalo Nichols is not a blues revival record. It’s just a blues record.

“It’s hard to write a song while folks get murdered every day,” he exclaims on Another Man, a song he shelved after the murder of George Floyd in May 2020 [see Q&A]. As difficult as this creative enterprise may be, Nichols emerges as a sharp, succinct, inventive and insightful songwriter, one who can convey complex ideas with just a few words. In fact, every song has at least one line that will stop you in your tracks, some songs two or three. One of his finest moments comes at the beginning of Living Hell, when he sings, “Only two kinds of people come here after 3:00/That’s police and crooks and they’re the same to me”. It’s a tidy rhyme but it’s that simplicity that makes it all the more powerful
and persuasive.

The world Nichols evokes is treacherous, with each song testifying to great pain and paranoia. Without sounding preachy, he lets you know that this is the state of being black in America, where death is one traffic stop away, where small mistakes have impossibly dire consequences. On Living Hell he admits that he goes to church just to hear fire-and-brimstone sermons, because the Hell of the Bible may be the only place where wrongdoings are punished, where evil men get their comeuppance. When he sings “I’m clinging to the memory of a bright and peaceful day but I really don’t remember
that things ever were that way,” it’s one of the saddest moments on the entire album.

Not every song on Buffalo Nichols is explicitly political but every song bears the weight of these constant tragedies. His protest songs mingle with love songs until you can’t distinguish one from the other: the horrors of the world drive lovers together but also rip them apart. “You’re gonna suffer anyway but it’s better with a friend,” he decides on Lost & Lonesome. How To Love is even more heartsore, as Nichols counts the lessons and scars he took from a relationship, knowing his lover took just as many of both. “The way they hurt you showed you how to love,” he sings over a jumpy guitar theme, “the way you hurt me showed me how to love”. It’s a pain that gets passed around from person to person, like a disease. However, these aren’t songs of recrimination and blame. They’re disarmingly generous, startlingly tender, especially These Things. Nichols apologises for not being a better, stronger man, for not being able to create a safehaven for himself and his lover, finally admitting that “I can’t be saved from all these things” – by which he means the things that these other songs are about.

These songs skirt pessimism by virtue of Nichols’ committed and unflinching performances as both a singer and a guitarist. His voice is always sensitive to the complexities of his lyrics, never steamrolling through a song or overplaying the emotions. As an instrumentalist, he’s energetic and nimble, pushing even the slower songs along at a brisk pace. On the first few tracks his guitar is a useful foil that can convey a certain sardonic anger, that can push back against the world when he sounds too weary to do it himself. As the album progresses, however, Nichols builds up the arrangements, adding a feverish cymbal roll to Sick Bed Blues, then a sympathetic fiddle to These Things. A full band rambles through Back On Top, which sounds like a particularly lively night at a North Mississippi juke joint.

On closer Sorry It Was You he’s joined by a tight rhythm section and an organ that sneaks around the shadows of the arrangement, before everything finally falls away so that he can add a short acoustic flourish like an exclamation point to the album. Partly because Nichols plays almost all the instruments, he doesn’t sound any less lonely with all that activity around him. But it does imply a trajectory, a journey, perhaps even an epiphany about the power of the blues to defy and to console. The world doesn’t get better, nor does he learn to view it in a different light, but Nichols knows he has a listener at the other end of the song. It’s better with a friend.