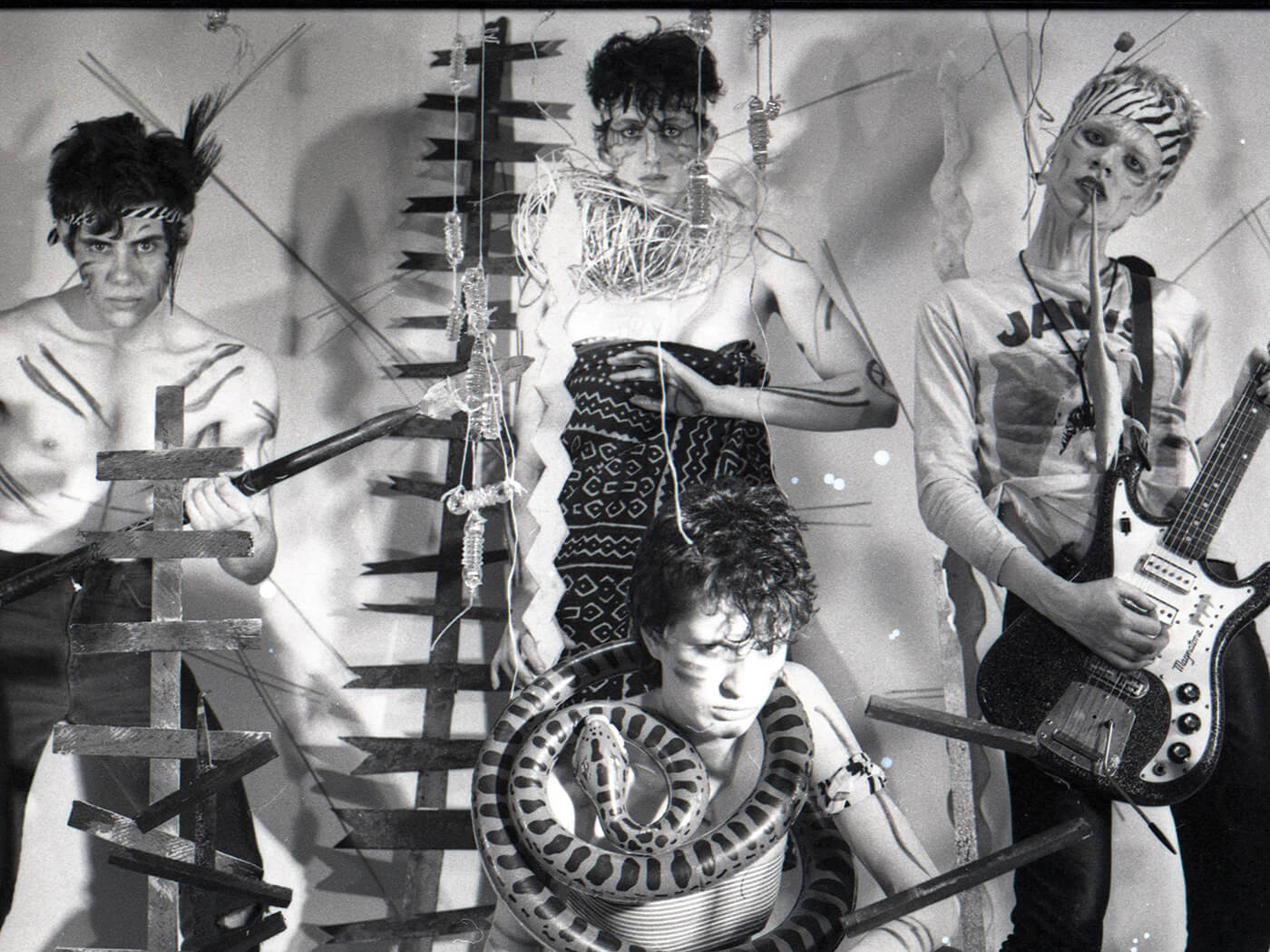 Bush Tetras – Rhythm and Paranoia: The Best Of the Bush Tetras

When Bush Tetras drummer Dee Pop died unexpectedly in October, plans were already well underway for this career-spanning retrospective. Confirming they would press ahead, bandmates Pat Place and Cynthia Sley noted that much of what went into Rhythm And Paranoia came from Pop’s own collection: the band’s most passionate historian, he kept an archive of their recordings and supplied many of the flyers and photos reproduced in an accompanying book.

Formed in 1979, Bush Tetras emerged from the no-wave scene in New York: they were contemporaries of Lydia Lunch and Sonic Youth, and Place had played guitar in The Contortions. They split up a few years later with three 7” singles and an EP, produced by Topper Headon of The Clash, to their name. Reforming temporarily in the late 1990s, they released Beauty Lies, their debut album, and recorded another which, as a casualty of the sale of PolyGram, was put on ice until 2012. They have reconvened sporadically ever since, first raising money when ill health forced original bassist Laura Kennedy to quit the band and then later, after her death, recording a brace of new EPs.

Rhythm And Paranoia tracks each incarnation of the band, from debut single “Too Many Creeps” to 2019’s “There Is A Hum”. The former, perhaps their best-known track, could have been written last week, Sley’s opening chant of “I just don’t wanna go out in the streets no more” a dispiriting precursor to the latest wave of weaponised misogyny and debates over women’s safety. The song is lauded by a new generation of punks in a series of ‘micro-essays’ that accompany the boxset: Victoria Ruiz, of Sub Pop’s Downtown Boys, describes its repetitive “it’s the worst” refrain as “both a sword and a shield” in the way it both rages and affirms – the same could be said of Place’s jagged riff and Pop’s propulsive drumming.

Presented chronologically, the collection shows a band always evolving, but never unrecognisably so. Early B-sides “Snakes Crawl” and “Punch Drunk” eschew melody yet remain irresistible ear-worms thanks to Pop’s infectious grooves, a focus on rhythm which, by 1981’s Rituals EP, channels Talking Heads and The B-52s (sneers Sley, “you can’t be funky if you haven’t got a soul”). Though a muddy live cover of John Lennon’s “Cold Turkey”, culled from a Stiff Records compilation, is probably one for completists only.

But elsewhere among the rarities are some real treats, including an alternative version of Beauty Lies track “Mr Lovesong”, from Pop’s own archives. The drummer’s preferred take, it’s as raw and brutal as their best, but with soulful backing vocals by Darlene Love and Nona Hendryx of Labelle, the album’s producer. It’s just one example
of Bush Tetras’ determination to do things their own way.