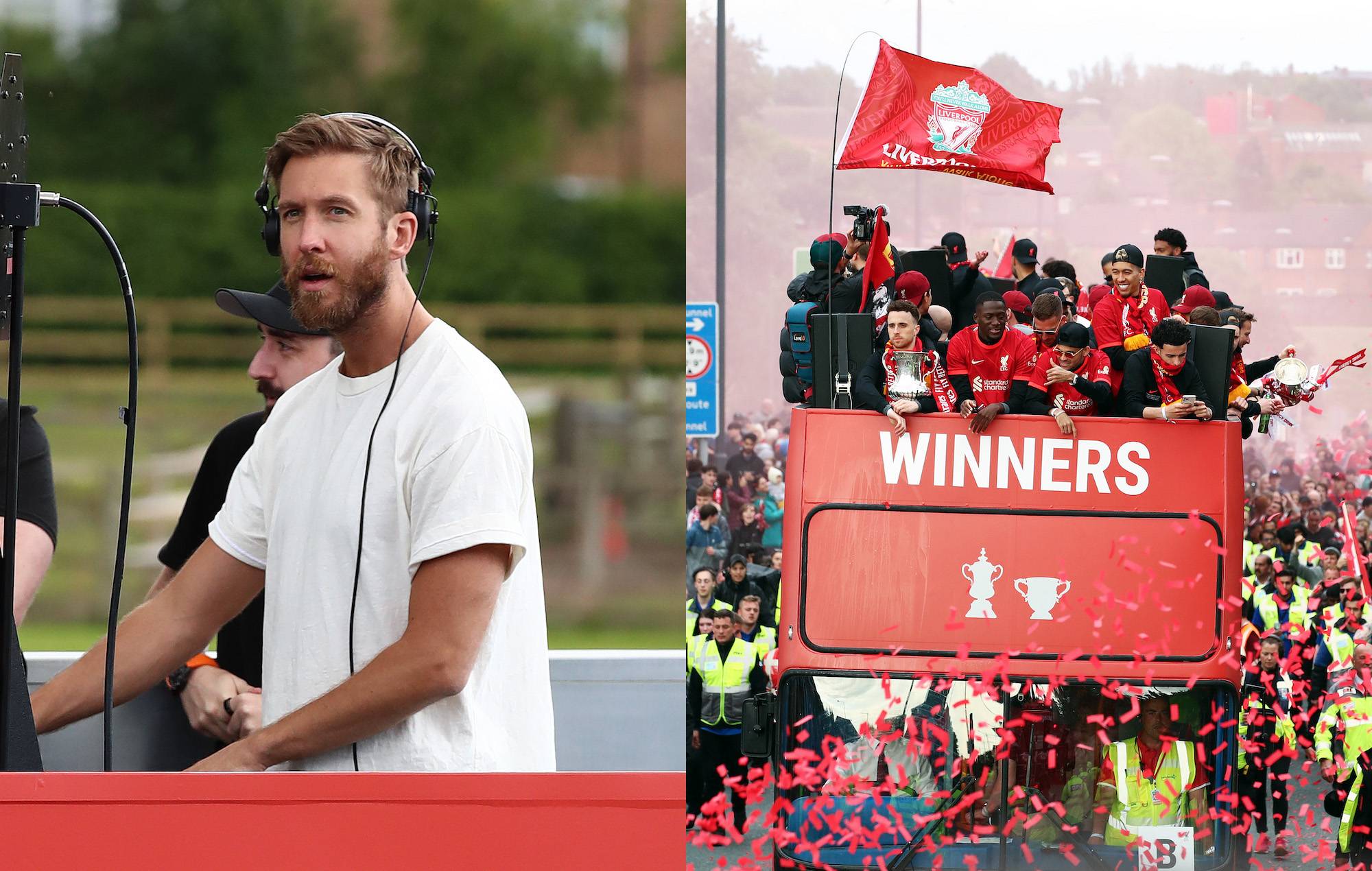 Liverpool FC held an open top bus parade around the city yesterday to celebrate their trophy winning season, and it featured a performance from Calvin Harris.

Despite losing the Champions League final 1-0 to Real Madrid on Saturday night (May 28) and missing out on the Premier League title to Manchester City, Jurgen Klopp’s team were celebrating their trophy wins in both the FA Cup and League Cup.

As part of the celebrations, Harris performed on top of the bus, with his set centred around a performance of his 2018 Dua Lipa collaboration ‘One Kiss’, which has become an unofficial anthem of Liverpool’s, and is often sung after games.

See footage and photos from the performance below.

Liverpool had @CalvinHarris as the DJ for its parade today 🔴

Elsewhere at the Champions League final, Camila Cabello was booed by fans during her opening ceremony performance at Paris’ Stade de France before the game.

Cabello’s medley of songs — which included ‘Señorita’, ‘Bam Bam’, ‘Havana’ and ‘Don’t Go Yet’ — was met with a rowdy crowd, after ticketing issues left thousands of fans queueing up outside the venue and delayed the final between Real Madrid and Liverpool by more than half an hour.

Frustrated fans then went on to jeer and chant their team’s anthems during Cabello’s performance, to which she responded in a since-deleted tweet.

“Playing back our performance and I can’t believe people were singing their teams anthem so loud during our performance. Like my team and i worked tirelessly for so long to bring right vibes and give a good show,” it read, as per Metro.

The tweet was reportedly followed by another, which said: “Very rude but whatever. IM GLAD U GUYS LOVED IT!!!!!”

Both posts were promptly taken down, with a source later telling Metro that “it was deleted because someone who has access to Camila’s account posted it intending to post on their own account”. NME has reached out to Cabello’s reps for comment.