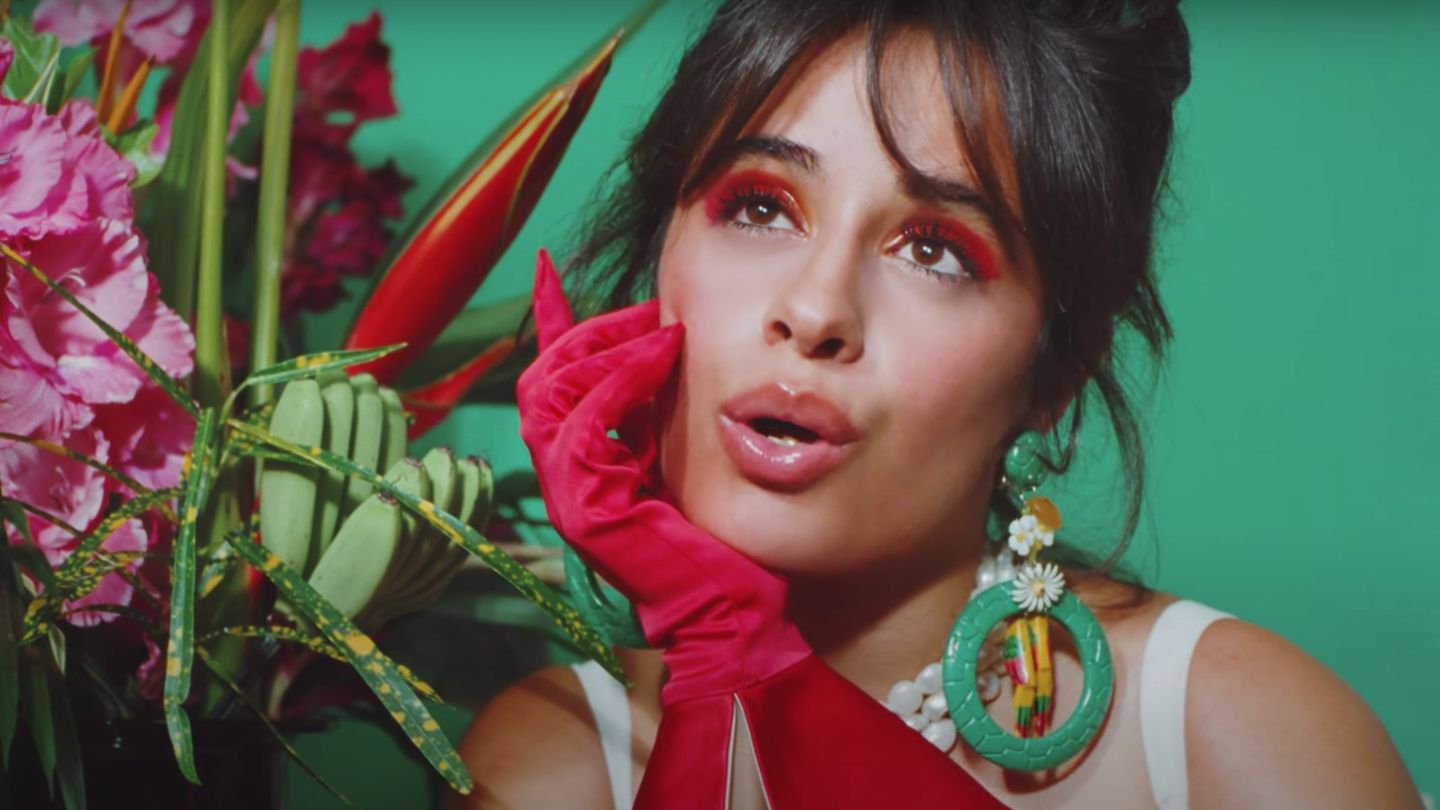 Camila Cabello dropped her new single and music video “Don’t Go Yet” on Friday (July 23) with an announcement of a new album.

The video begins with Cabello driving a vintage convertible. The footage changes into a stop-motion scene of the car continuing along a dirt road accompanied by green hills and palm trees to a grand coral pink house. Upon ringing the doorbell, Camila is greeted by a party of family friends and relatives.

The song begins after the singer greets more guests and the video pans over a wall plate. Although “Don’t Go Yet” is a love song pleading for someone to say, the song and video celebrate Cabello’s Cuban-Mexican heritage with a mix of Spanish lyrics and flamenco guitar strings, maracas, drums, trumpets, and handclapping overlapping as beats. Additional voices in the chorus harmonize with Cabello’s lead vocals, and her relatives and family friends even dance along and bring fiesta vibes with the “Señorita” singer in the video.

Some of her own family members are even featured in the music video, including her dad, sister, and cousin. Cabello also mentioned in a tweet that you hear her grandpa’s voice playing on the radio station in the beginning.

“Don’t Go Yet” is the first single from Cabello’s upcoming new album Familia. “This album was inspired by two things: family and food,” she tweeted. “Your family by blood, but also your chosen family. Who you want to sit at the dinner table, get wine-drunk, and dance in the living room with.”

The singer also showed her gratitude towards her family in a follow-up tweet and wished her fans to celebrate with theirs.

“To me, those are the moments that make me glad to be alive, those moments of collective joy and true vulnerability and connection with other people,” she continued. “I hope you enjoy it, and I hope it inspires many wine drunk kitchen dance parties for you and your familia.”

Her most recent album, Romance, debuted in 2019 and peaked at No. 3 on the Billboard 200 chart, with her single “Señorita,” featuring her boyfriend Shawn Mendes, peaking No. 1 on the U.S. Hot 100. The release date for Familia is yet to be announced.