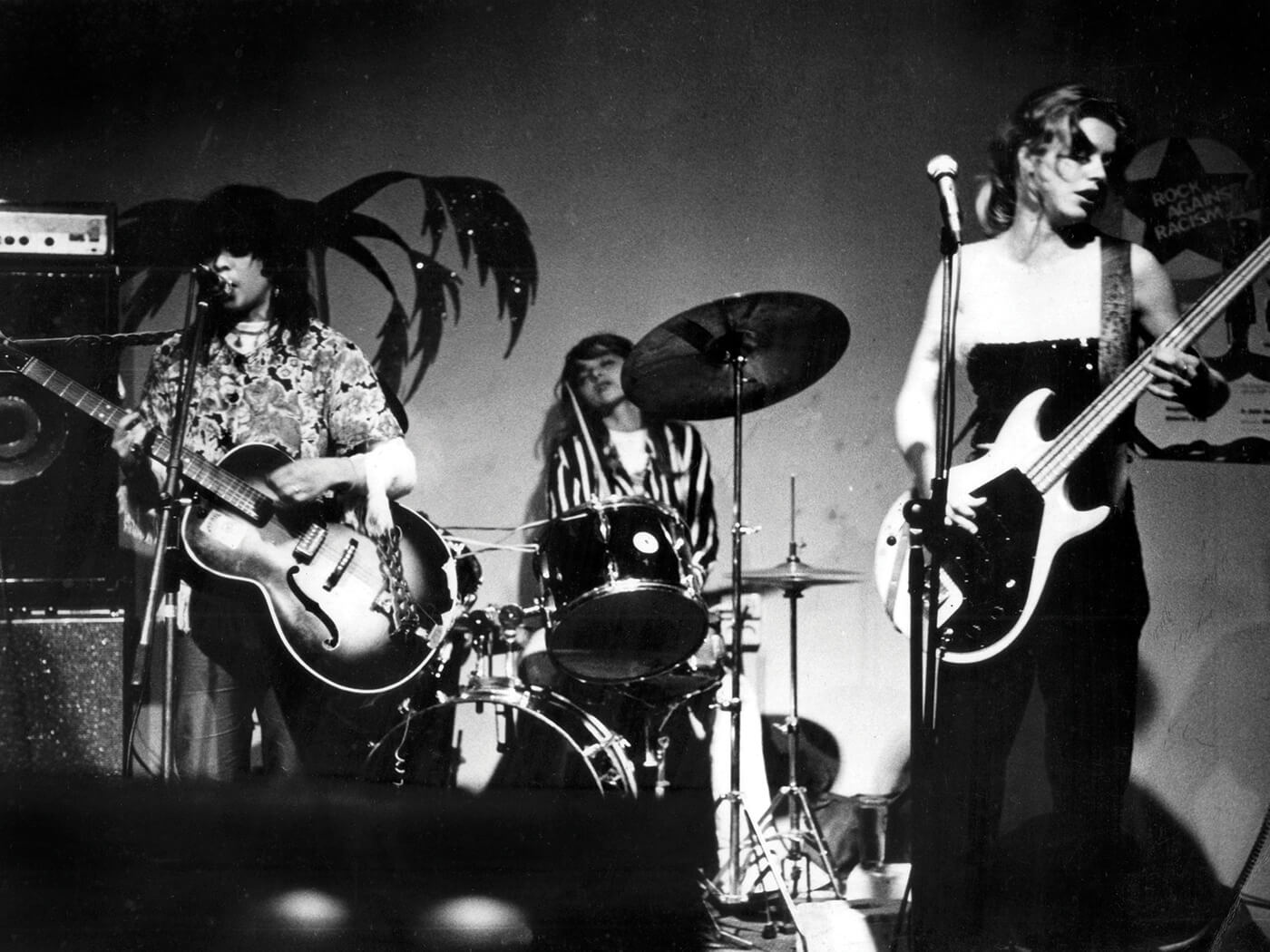 “Everything changes when you change it,” as ’70s agit-punk band and North Frisia communards Ton Steine Scherben once advised. Frustrated drummer/percussionist Britta Neander took that to heart and left to form her own band in 1979, recruiting fellow resident Elfie-Esther Steitz as singer, guitarist and keyboardist, and Berlin émigrée Angie Olbrich as bass player. Carambolage – the French word for a pile-up – were part of the Neue Deutsche Welle and one of the scene’s very few all-female bands, building themselves a practice space inside an old grain silo, which was off-limits to the rest of the (largely male) community and pushing forward with their post-punk vision across three albums.

The simultaneous, rather than staggered release of these reissues emphasises the superiority of the trio’s self-titled debut. It’s of its time in the overall urgency, ragged guitar patterns and Steitz’s dramatic vocal style (shades of Ari Up) but curveballs abound. The keyboard works hard, ranging over manic, Toytown plinking (in “Das Männlein”), almost comical malevolence (on the terrific “Die Farbe War Mord”) and Doors-ish romanticism (“Roxan”). The album’s most striking feature, though, is its diversity of songwriting: in its unexpected presaging of “It Ain’t What You Do It’s The Way That You Do It”, “Johnny” swivels ears, as does “22 Rue Chenoise”, defined by sinuous, Middle Eastern overtones. It may owe something to The Slits, Nina Hagen and Gina X Performance, but Carambolage casts its own maverick shadow.

With Eilzustellung-Exprès, the band welcomed Janett Lemmen, who’d covered for the pregnant Olbrich on tour and played saxophone as well as bass, though she appears on just two tracks. It signals its straighter rock and indie-pop intentions early on, but although their sound is far more focused, the band’s experimental streak remains. It’s there in “Widerlich” (“Disgusting”), with its lurching momentum, blurts of wah-wah and Steitz grunting and retching as the title demands, and in “Lisa”, an extended, jazz-dub workout spiked with shards of clanging guitar that’s a paean of sorts to Olbrich’s daughter.

With the aptly titled Bon Voyage, which saw Carambolage quitting North Frisia for Berlin and teaming up with Nina Hagen’s producer, Manne Praeker, a schism opened up: Neander and Olbrich remained committed to their DIY path while Steitz and Praeker wanted to steer in a more commercial, new-wave/pop direction. It seems the latter won out but the result – with its notes of bierkeller balladry, French chanson and blatant Blondie copyism – is unconvincing and very much on the populist nose, though something of the old Carambolage surfaces with the moody “Verdammte Welt”. Rejected by CBS at the time, Bon Voyage now has little more than curiosity value. Although the band broke up in 1985, the record languished until 2019, when it was finally given a digital release by Fuego. It wasn’t the most triumphant of career finales, but Carambolage’s first two LPs are a testament to their singular interpretation of post-punk, and their reissue is well overdue.