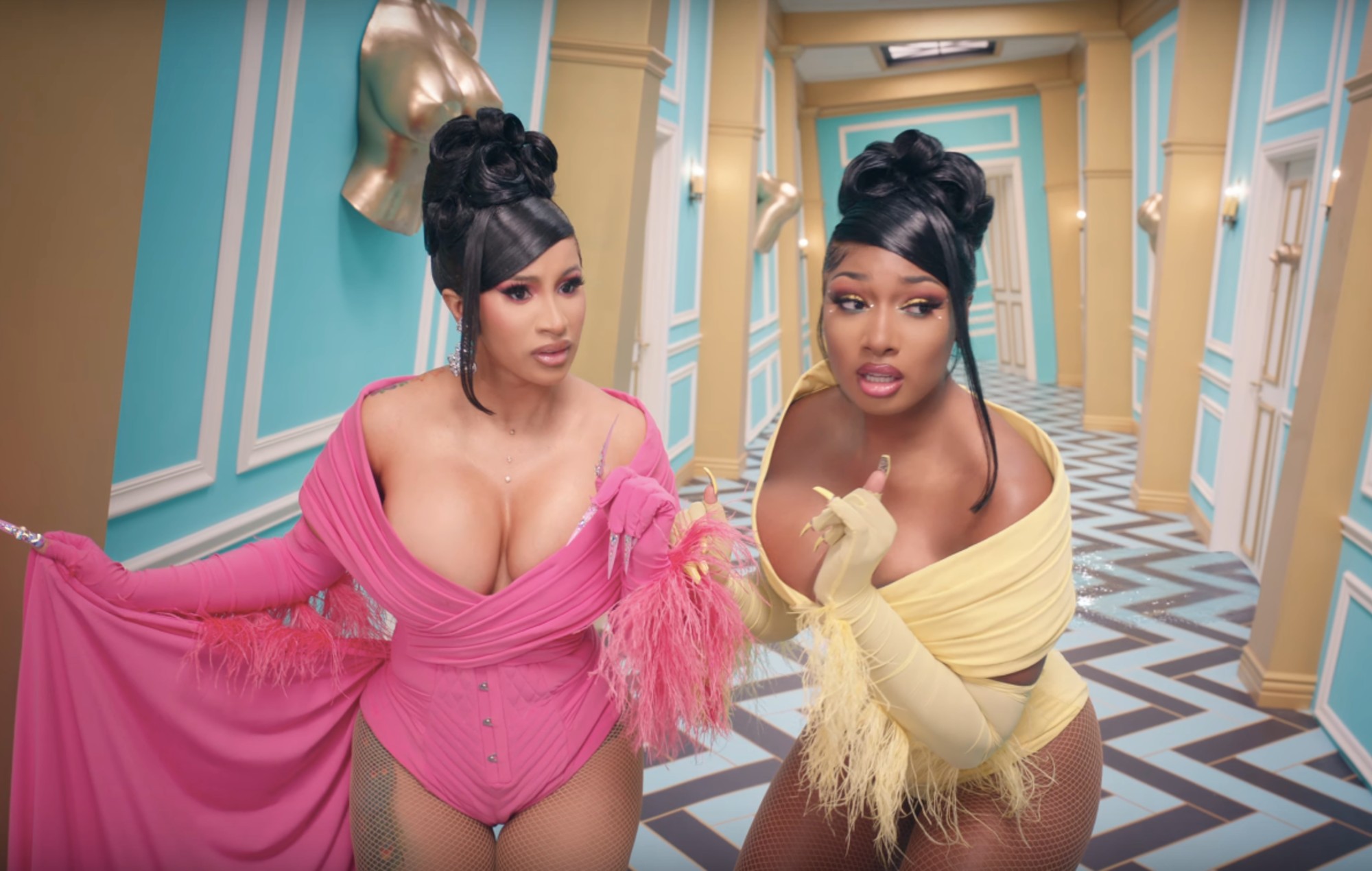 Cardi B and Megan Thee Stallion have marked the first anniversary of ‘WAP’ by teasing another collaboration.

The pair’s collaboration was released on August 7 2020 and went on to receive huge acclaim, securing the accolade of NME’s song of the year.

Reflecting upon the milestone, Cardi wrote on Twitter over the weekend: “Wow I can’t believe wappity WAP turned one today. It don’t even feel like it. What a record! @theestallion we should do it again sometime.”

“Happy WAPIVERSARY,” Megan replied. “Thank you for having me.”

While it’s unclear if the pair have plans to work together, Megan cryptically added: “I think the people deserve another collab.”

The song was a huge success for both stars, racking up a massive 93 million streams in its first week of release.

However, it was not without controversy, receiving backlash from a number of people upon release.

Happy WAPIVERSARY 😛 Thank you for having me , I think the people deserve another collab 🥰😌 https://t.co/UiDFHuFbqO

It divided listeners and inspired significant discussion, with critics such as Ben Shapiro condemning the track for its explicit lyrics. Other notable names to criticise the track included Russell Brand and Snoop Dogg.

Responding to the track’s critics, Megan subsequently said: “Some people just don’t know what to do when a woman is in control and taking ownership of her own body.

“I feel like for a long time men felt like they owned sex and now women are saying, ‘Hey, this is for me. I want pleasure. This is how I want it or don’t want it.’ It freaks men the hell out.”

Meanwhile, Megan recently opened up on the need to speak out against homophobia within hip-hop.