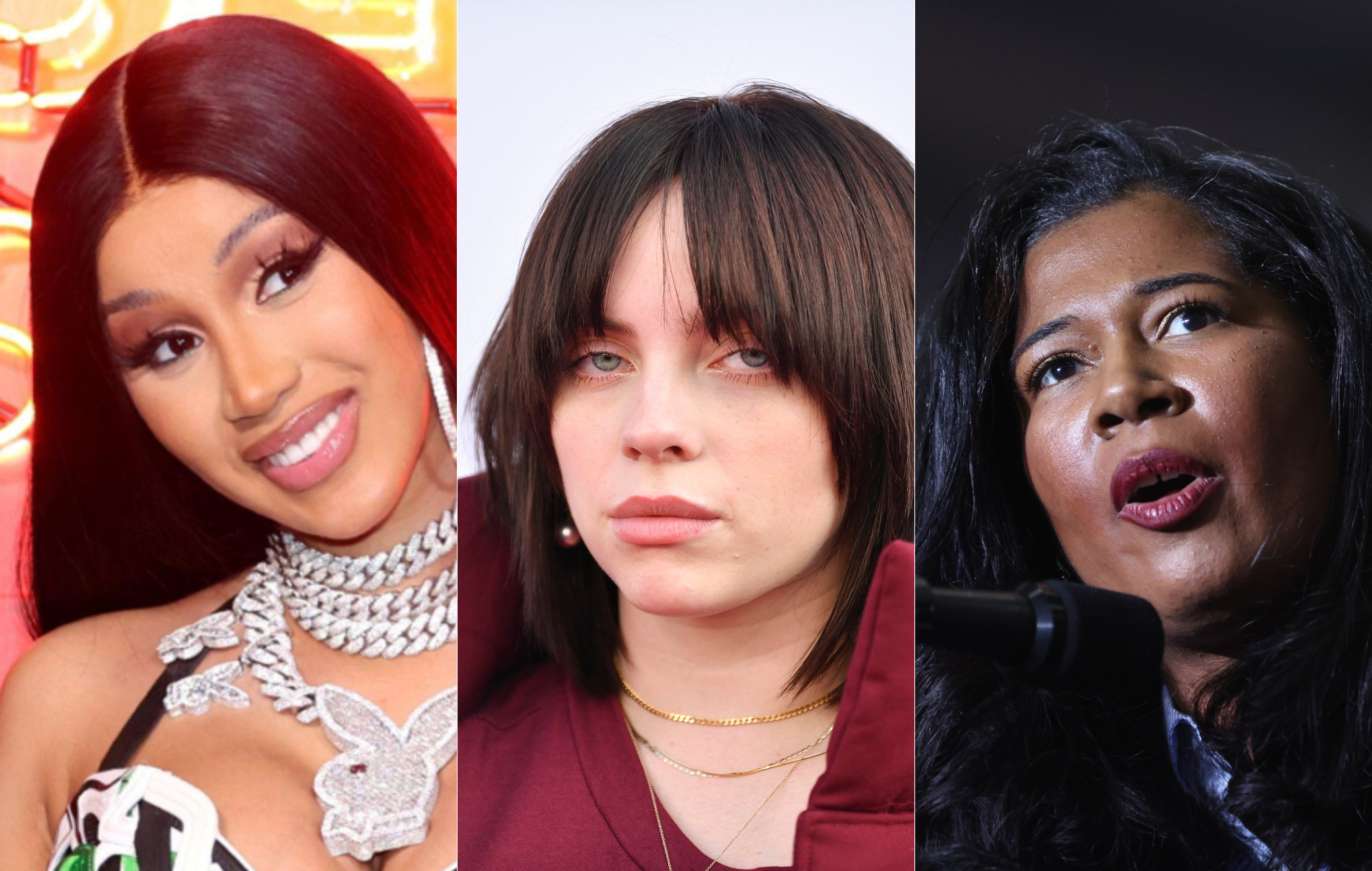 Cardi B, Billie Eilish and more dubbed “tools of Satan” by US political candidate Kristina Karamo

Cardi B, Billie Eilish, Ariana Grande and Beyoncé are among several artists that have been deemed “tools of Satan” by Kristina Karamo, the Republican candidate running for Michigan Secretary of State.

Karamo was chosen by Michigan Republicans on April 23 as their candidate for Secretary of State in the upcoming November election. Per NPR, Karamo – a former community college professor and host of the defunct It’s Solid Food podcast – rose to prominence after claiming she witnessed election fraud in the state’s capital Detroit during the last presidential election.

Karamo has been endorsed by former President Donald Trump, and continues to deny the results of the 2020 US election.

The politician has, particularly over the last two years, been vocal about some controversial opinions: She doesn’t think evolution should be taught in schools, she believes left-wing activists were behind the January 6 riots in Washington D.C., she has made repeated anti-LGBT remarks and she appeared at a rally affiliated with QAnon last year.

Karamo’s opinions have even involved some of music’s most prominent female figures, linking the artists to Satan and satanic doings. In an episode of her former podcast that aired on August 6 2020, as unearthed by Rolling Stone, Karamo said Grande and Eilish had been placing children “under a satanic delusion”.

“These entertainers who do this kind of blasphemy of the highest level… these are the people who entertain your kids, and then we still have [people asking], ‘Why are young people walking away from the faith?’ Because they’re under a satanic delusion.” Karamo then took aim at Eilish, mentioning her 2019 song ‘all the good girls go to hell’.

In the same episode, Karamo attacked Beyoncé for “trying to target Black people into embracing paganism”. Karamo went on to say she believes Beyoncé’s husband, Jay-Z, to be a Satanist – although, she admitted, she doesn’t have “any hard proof.”

Cardi B, too, was called “a tool of Lucifer” because she allegedly “peddles filth in the culture”, citing the artist’s Megan Thee Stallion collaboration ‘WAP’. “You already know what it stands for, so I’m not going to say,” Karamo said of the song, “but it’s very obscene.”

This November, Karamo’s opponent will be incumbent Democrat Jocelyn Benson, whom the former has previously accused of being “obsessed with corrupting our election process”.