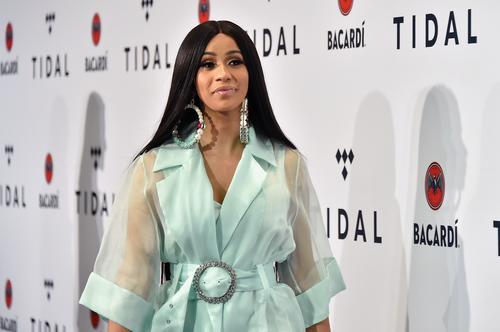 Most recently, the “Bartier Bardi” rapper stepped onto Twitter to express her frustrations with the United States’ commander-in-chief, spelling it out plain and simple.

“Trump is soo disgusting,” she penned. “I hate him Soo much. Im starting to hate him with a fucking passion.” More than likely this tweet is written out in response to recent reports about the comments allegedly made by the President in regard to the countries Haiti, El Salvador, and the continent Africa in which he referred to these places as “sh*thole” areas.

According to the Washington Post, sources who were in attendance at an Oval Office meeting revealed that Trump asked, “Why are we having all these people from shithole countries come here?”, referring to countries mentioned by the lawmakers in immigration deals. Additionally, the president went on to single out Haitian immigrants, requesting that they be left out any deals. “Why do we need more Haitians?” Trump said, according to people familiar with the meeting. “Take them out.”

Cardi, who is the child a mother from Trinidad & Tobabgo and a father from Haiti’s neighboring Dominican Republic, has previously spoken out against the controversial words and decisions Donald Trump, criticizing his showing indifference following the devastating aftermath Hurricane Maria in Puerto Rico.