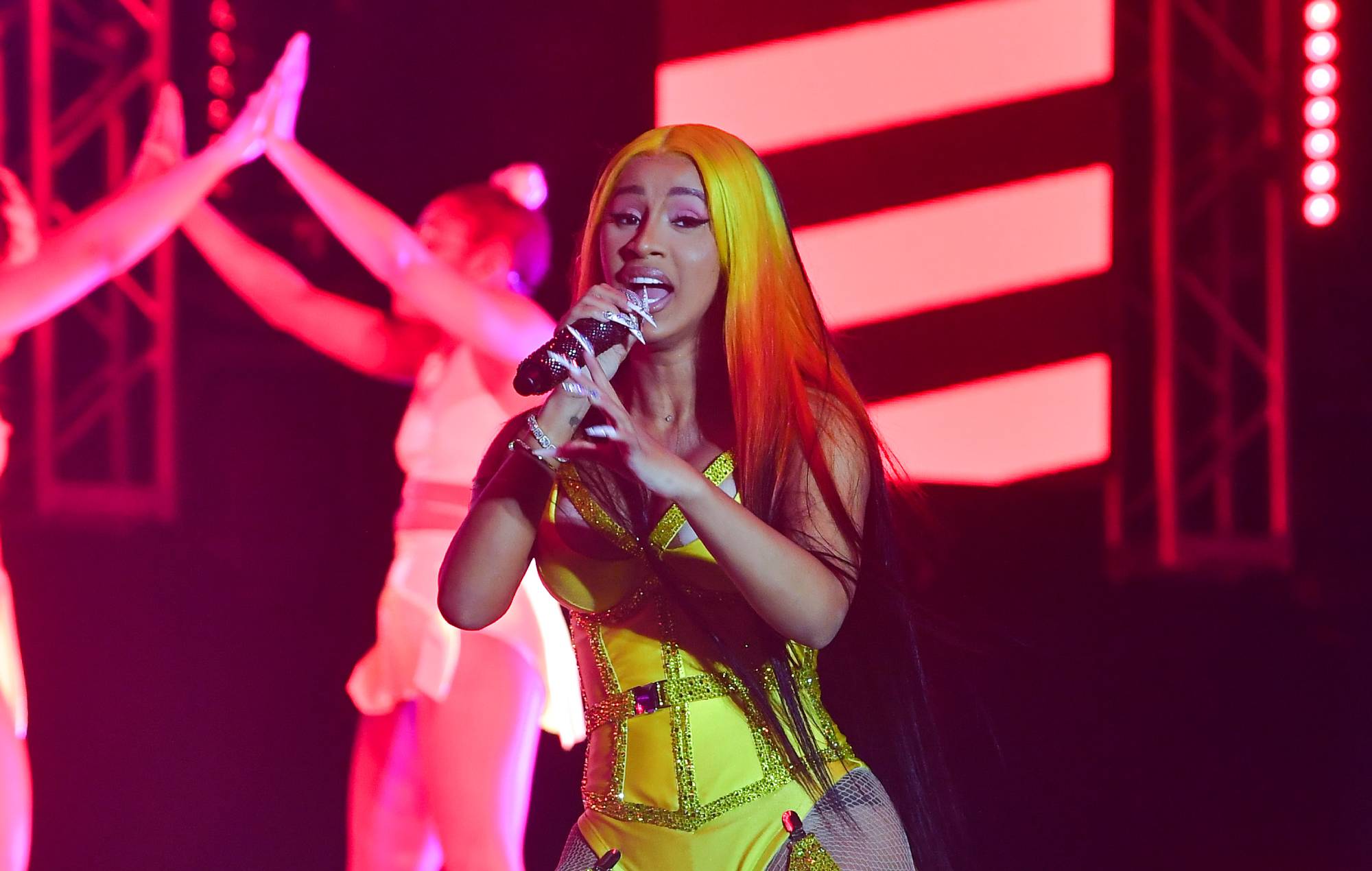 Cardi B has explained how she is documenting both her positive and negative experiences on social media on her upcoming new album.

The Bronx rapper was speaking ahead of today’s release (February 5) of her latest single ‘Up’, which is her first release as a lead artist since last summer’s chart-topping ‘WAP’ collaboration with Megan Thee Stallion.

Speaking to Apple Music’s Zane Lowe, Cardi detailed how her recent experiences on social media have influenced her songwriting on the follow-up to her 2018 debut studio album ‘Invasion of Privacy’.

“Lately, every hate that I get on social media, I write it down,” she said. “Yesterday, I did a song, right? Every six months, people always want to debate about my race because people, they don’t really understand the Caribbean islands. They don’t understand the Dominican Republic, nothing.

“Every single time a Hispanic artist is on some some high heat, for some reason, they always bring me up, right? I don’t want to give you a tip of my records. It’s going to go on my album.”

The rapper continued: “I’ve got to explain my race every six months, so I put it in my song. Like, my race is Bronx and suck my dick. That’s what I’m mixed with. Lately, I’ve been on social media, and every hate shit, every positive shit, I write it down and I put it on my record.”

Cardi also revealed that she’s recorded 50 songs for her new album, but she’s “still not satisfied” enough to submit a final tracklist – despite having ambitions to release the record this year.

“I just need to stop with the fear,” she said. “Like, music is in a different stage right now. Because I don’t even be knowing what should be, like, the base of my album sometimes. I’ll be like, ‘Should most of my songs be freaky songs? Most of my songs should be about tricking?’ I’ve got my sensitive songs and stuff, and it’s just like, ‘Are they enough?’

“I just feel like I’m just not satisfied anymore, because it’s like the expectations be so high,” she continued, before referencing the significant part that the prevailing uncertainty surrounding live touring due to the coronavirus pandemic is playing in her release plans.

“It’s like, you want go on tour after you drop your album and everything, and then it’s like that’s another thing,” the rapper said.

“You’re hearing different types of dates. When it is open in 2022, everybody’s going to want to tour, so you’ve got to wait for your slot. It’s like, ‘I don’t want it to be almost nine, eight months when it’s my slot.’

“You’ve got to compete with arenas of basketball players, like that, the sports and other artists that are going to go on tour. It’s just a lot.”