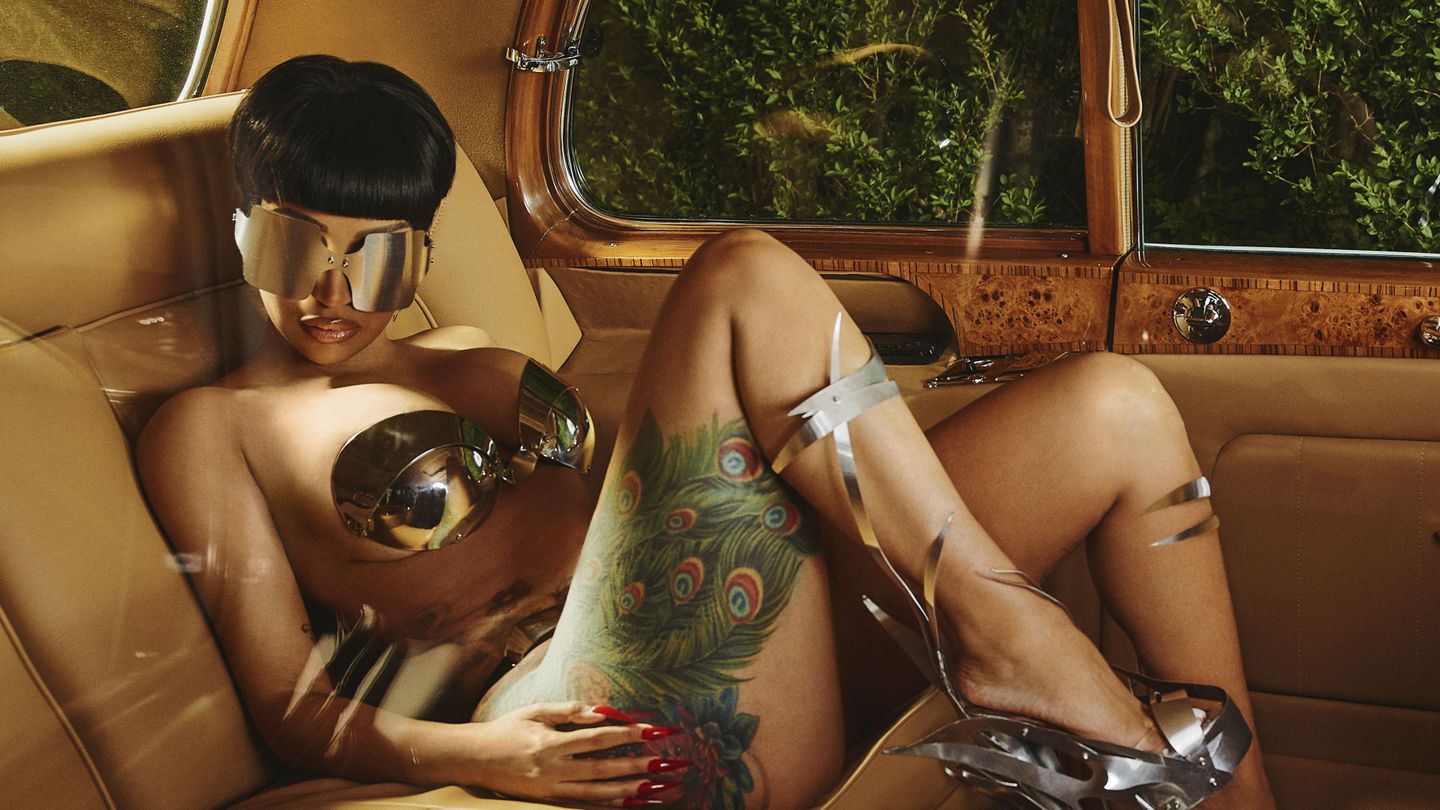 Cardi B is turning up the heat this summer, dropping her latest single, “Hot Shit,” on Friday (July 1). Collaborating with Ye and Lil Durk, this is her first new music release since dropping the upbeat song “Up” in 2021. In this new record, she raps about luxury, extravagance, and her “checks comin’ fast.”

“Either way you slice it, bottom line, I’m the top bitch / New Chanel, I rock it, twist and it ain’t even out yet,” Cardi spits, flaunting her success in a fiery verse. “All this jewelry at the grocery store, I’m obnoxious / Bought a home and closin’ on another, I know I’m blessed.”

She also drops some lines toward the haters who have been trying to drag her down throughout her career: “Pretty when I wake up, I’m a bad bitch at breakfast / Still might slide on a opp / Hatin’ didn’t work so they lie / These bitches lookin’ hurt and they fried.”

Lil Durk comes through smoothly in the second verse with a line telling off those who try to use Cardi’s past against her. “This that pill talk, gotta bust his head, he cut on opp music / Who said you gang / Who said you could come around this bitch and hang?” he raps. “I got plenty cars, I hit plenty stars and didn’t come / I said it plenty times, I pay for bodies, I ain’t pay for none.”

By the third verse, Ye, the artist formerly known as Kanye West, pops off. “Pinky swear you ain’t scared when you heard Ye appear,” he raps. “I’ma hop up out the bushes, me and Pusha kill your man / I’m just sayin’, now I start to get used to the pain / ‘Til one day I said, ‘Fuck it,’ brought my masseuse on the plane.”

Ye pays homage to his late friend Virgil Abloh, Louis Vuitton’s artistic director and Off White’s CEO, who passed away in 2021. “When we lost Virg, I was on the verge, mm-mm,” he raps. “I just hit the Louis store, I had to splurge, mm-mm.” A longtime collaborator of Demna Gvasalia, the designer of Balenciaga, Ye mentions the luxury brand by name: “Guess who at Balenciaga? Guess who shoppin’ now?”

Cardi B posted on Instagram a short snippet of her single on Sunday (June 26) that she would be dropping “Hot Shit.” A day later, she announced Lil Durk and Ye would join the club. In the days leading up to the release of the song, she took to Twitter Spaces and revealed the single is older than fans may have expected.

“I have [had] this record already for almost three years,” she said. “I think this record is actually older than ‘WAP.’ It is everyone’s favorite.”

She also stated on the platform that she is already working on releasing new music. “When I’m telling y’all I’m working on the next record, I’m telling you that I’m already planning out the rollouts for the next month,” she said. “It’s not gonna be a couple months, this and that, after this record.”

Cardi B’s previous single “Up” peaked at No. 1 for a week on the Billboard Hot 100 in March 2021, followed by “WAP,” which spent four weeks topping the Hot 100 in 2020. Her first studio album in 2018 Invasion of Privacy debuted No. 1 and broke numerous records. It became the top female rap album in the 2010s and surpassed The Miseducation of Lauryn Hill in becoming the longest-charting album by a female rapper on the Billboard 200, spending three full years on the chart. It also became the most-streamed female rap album on both Spotify and Apple Music, and is the most-viewed female rap album on YouTube.