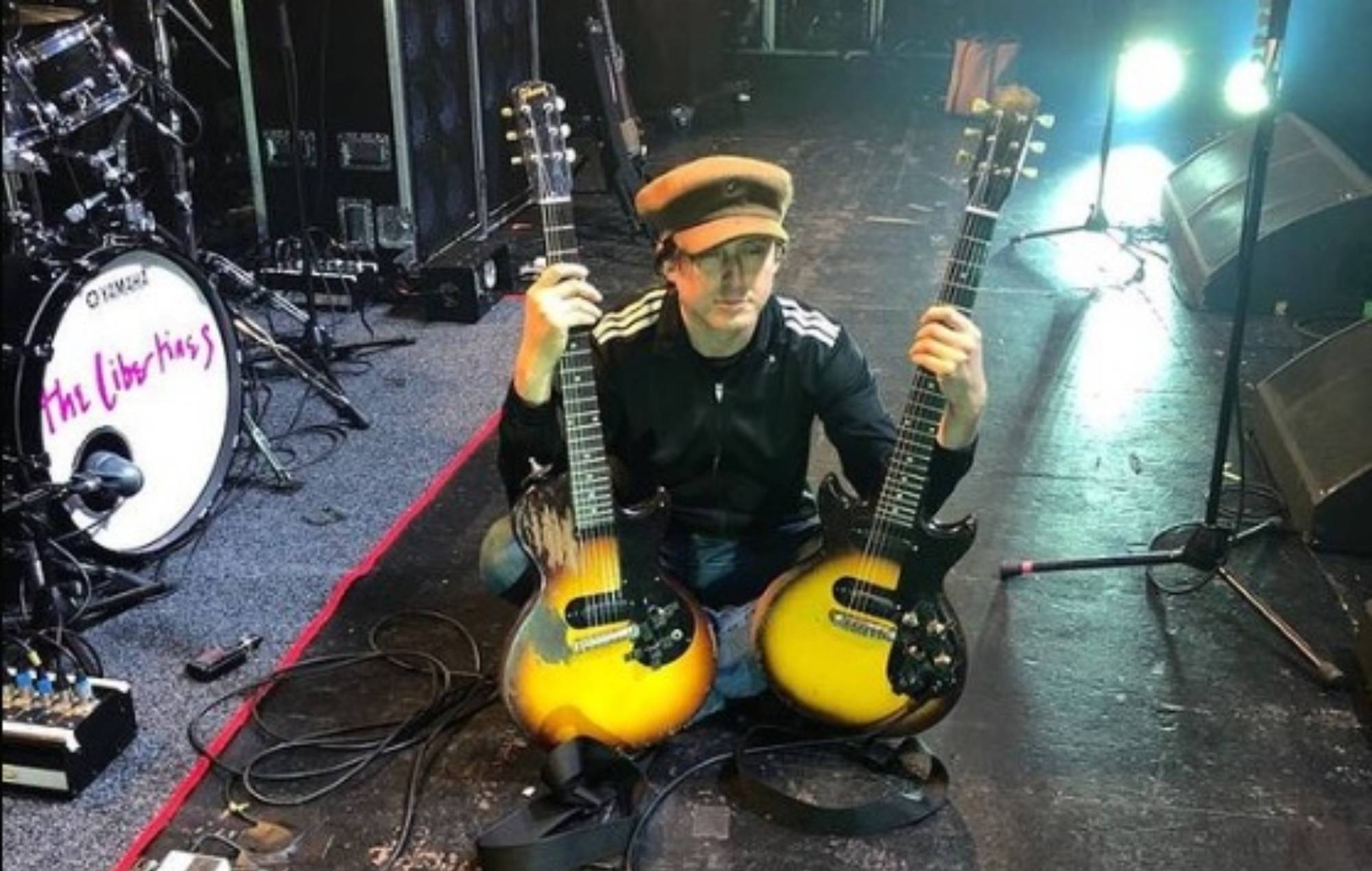 Carl Barât has recovered his guitars that were stolen ahead of Dirty Pretty Things‘ rehearsals last month.

The Libertines frontman issued an appeal on May 18 after two of his guitars were taken, sharing photos of the two instruments and asking fans to keep an eye out and “spread the word”.

“In the early hours of this morning, two of Carl’s most treasured guitars were stolen in the Homerton area of London, as Dirty Pretty Things rehearsals were about to commence,” last month’s statement read.

“These guitars hold an unfathomable amount of sentimental value so any news on their whereabouts would be greatly appreciated, the police have already been informed. Please spread the word and DM if you have any info.”

Today (June 30) Barât shared a photo of the singer newly reunited with the guitars on Instagram – along with a caption suggesting the instruments were recovered with the assistance of some fans online.

“Blissed out to hold these guys again. Thank you to all my beloved net detective friends,” the singer wrote, tagging Carl Barât News and Hodgkiss Amps, as well as adding the hashtags “#netdetectives #dontf**kwithbarats #cyberdinesystems #sherlockgnomes”.

Celebrity chef Gizzi Erskine – who opened a café with Barât in Margate last year – replied to the post: “Stop. You found them” followed by a string of heart emojis.

Earlier this month (June 13), meanwhile, Pete Doherty spoke about plans for The Libertines to record a new album in Jamaica.

In an interview with The Guardian, Doherty confirmed that he is on good terms with Barât and that they are planning on working on the follow up to their 2015 LP ‘Anthems For Doomed Youth’ overseas.

He said: “We still feel there’s unfinished business and there are more songs to write. But he [Barât] doesn’t want to do it in England, or in France, which he sees as my turf. So the plan is to go to Jamaica and try to make another Libertines record.”

Last week The Libertines kicked off the first main day of music at Glastonbury 2022, playing a raucous early morning set on The Other Stage as they paid tribute to Ukraine.