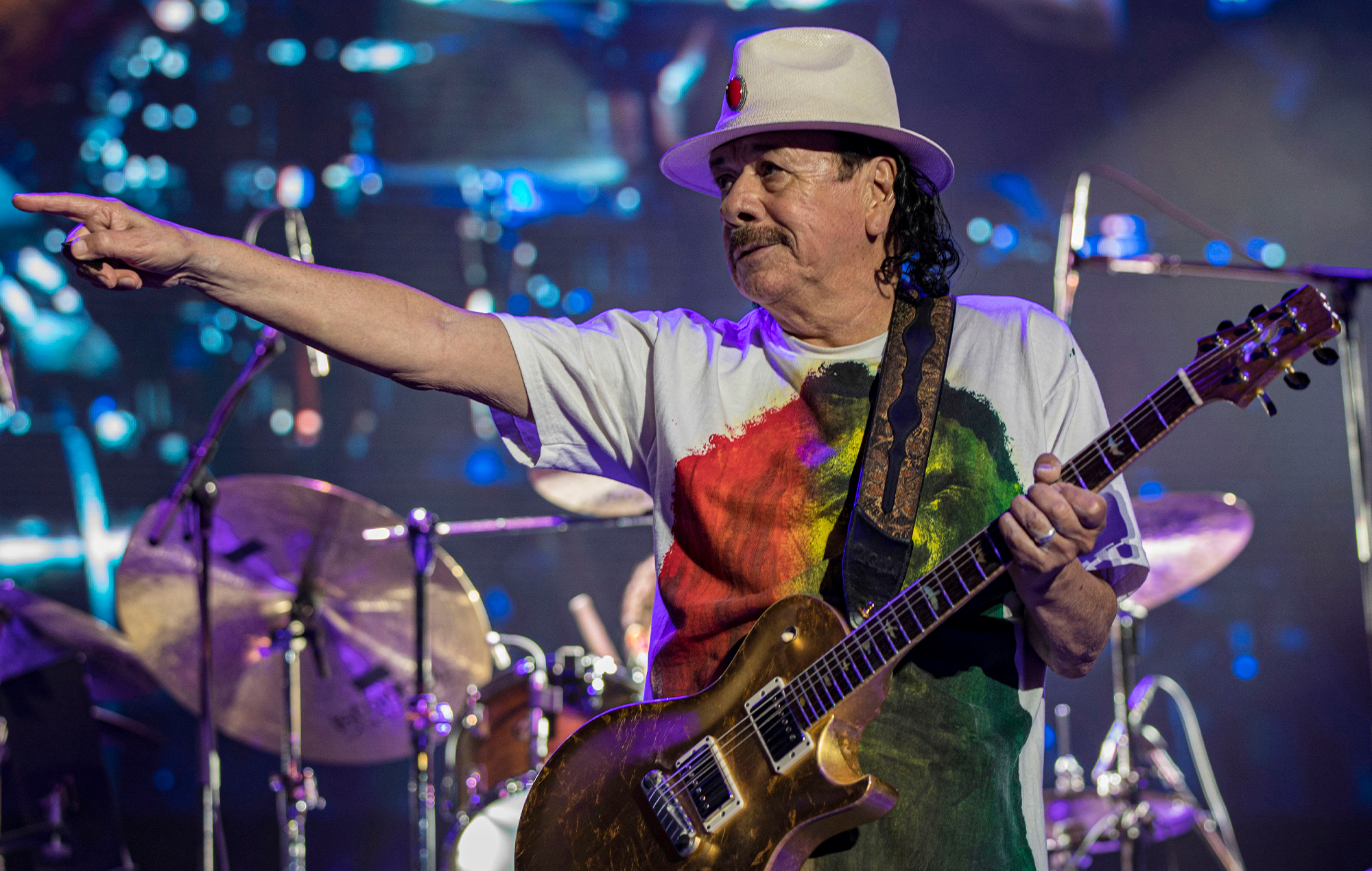 Carlos Santana has postponed the next six dates of his current North American tour – including the Noblesville, Indiana gig he had scheduled for tonight (July 8) – as he recovers from the lasting effects of his recent quarrel with heat exhaustion.

During his concert in Michigan on Tuesday (July 5), Santana collapsed onstage as a result of heat exhaustion and dehydration. He was transported from the venue – the outdoor Pine Knob Music Theatre in Clarkston – to the emergency department at McLaren Clarkston, where his team issued a statement assuring fans that the iconic rocker was “doing well”.

Santana’s wife later vouched for his improving health, telling fans on social media that “he’ll be as good as new soon” and thanking them for their “prayers, love, care [and] concern”.

The sentiment was echoed in a press statement issued today, wherein Santana’s manager, Michael Vrionis, said he was “doing well and is anxious to be back on stage soon”. He clarified, however, that Santana’s doctors “have recommended that [he] gets rest to recuperate fully”.

As a result, Santana’s ‘Miraculous Supernatural Tour’ with Earth, Wind & Fire will be paused until Saturday July 23, when he and his band will perform at the California Mid-State Fair in Paso Robles. In addition to Noblesville, the cities affected by this setback are Cincinnati, Milwaukee, Rogers, Dallas and Woodlands. All of these shows will be rescheduled, with Live Nation due announce new dates imminently.

All tickets purchased for those shows will be honoured at the rescheduled dates. The remaining 15 dates on the ‘Miraculous Supernatural Tour’ – including the show in Pittsburgh, Pennsylvania that Santana was forced to postpone earlier this week – are scheduled to go ahead as planned. More details on the full tour can be found here.

“Santana profoundly regrets these postponements of his upcoming performances,” Vrionis continued in his statement, “but his health is our number one concern. He is looking forward to seeing all of his fans very soon.”

Santana’s current tour will be followed by 16-date residency at the House Of Blues in Las Vegas, which is set to run from Wednesday September 14 through to Thursday November 13. The run was initially set to go down last December, but ended up being cancelled in the wake of a separate health scare.