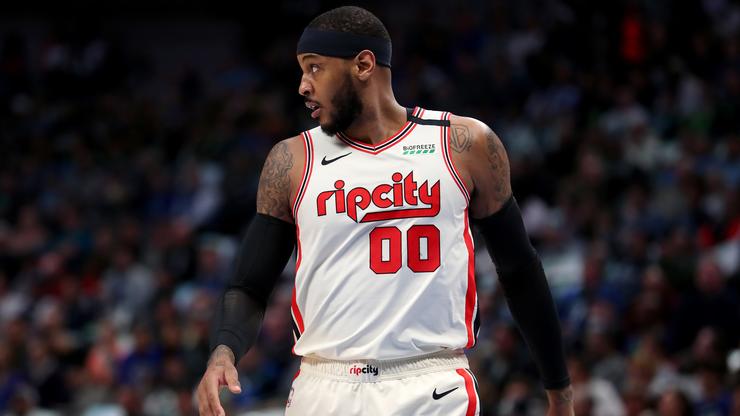 Next month, the NBA is planning to come back in spectacular fashion thanks to a bubble city in Orlando, Florida. Only 22 teams are being invited to take part in the final 8 games of the regular season before the 16-team playoffs begin. One of the teams being invited is the Portland Trail Blazers who were infamously the only team opposed to the new format.

It seems as though Carmelo Anthony is one of the Blazers players who aren’t exactly sold on the whole bubble city idea. While speaking to Ernie Johnson of TNT, Anthony revealed that there is still a lot the players don’t know about the NBA’s return and that he’s not sold on anything. With this in mind, he hasn’t committed to coming back and is weighing his options. At this point, it’s a real possibility that he doesn’t participate in the league’s return.

“As far as actually playing and going back down into Orlando, I’m still up in the air a little bit because I really don’t, we don’t have all the details,” Anthony said. “We don’t know a lot of information, so until we have that, it’s hard to just commit to that 100 percent.”

Melo had to put in a lot of work before getting a second chance in the NBA so it’s interesting to see him make this stand. Regardless, the NBA and the players still have a lot to discuss.