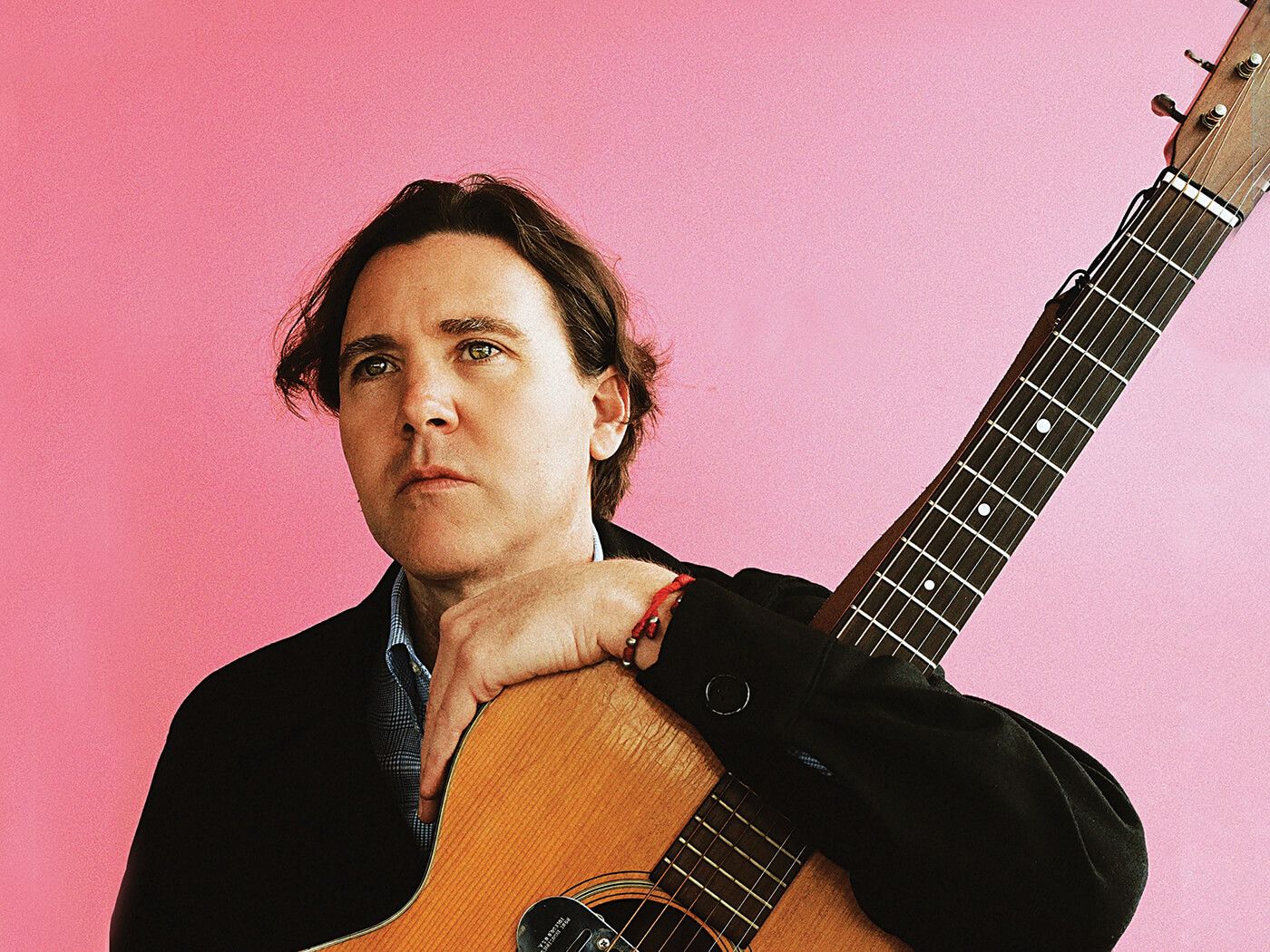 The ancient provocateur Diogenes – a kind of Grecian hybrid of Slavoj Žižek and Steve Bray – is one of Cass McCombs’ recent obsessions. Born two and a half millennia ago, Diogenes demonstrated his radical philosophy by living on the streets of Athens, sleeping in a ceramic wine vessel and offending the public with various stunts, all in the service of sticking it to the corrupt ruling class of the time.

McCombs’ fascination is understandable, for Diogenes could easily have stepped from his catalogue; say, from one of the Californian’s many songs celebrating outsiders, the damaged and addicted, “the poor and screwed”, as he put it on 2013’s “Home On The Range”.

As peripatetic as he’s often been, McCombs has not so far made his home in a jar. Yet his opaque, twisting lyrics have consistently dealt with existential and absurd questions: matters of spirituality, morality, property, personal responsibility. That this is never boring, or in the least bit earnest, is down to McCombs’ use of unreliable narrators, sarcasm, the language of the gutter and other acts of literary subterfuge. “Silverfish quilting testicle”, goes 2005’s “Equinox”; a song on the importance of voting is titled “Don’t Vote”, its contents equally misleading; the pretty “Morning Star”, from 2013’s Big Wheel And Others, muses on the feeling of defecating in space. With McCombs, smoke and mirrors are de rigueur, nobody is talked down to and no-one’s given the easy answers.

If all his records contain fathoms to explore, Heartmind, his 10th, is one of the deepest. It’s a departure from the course taken on 2016’s Mangy Love and 2019’s Tip Of The Sphere: those were glossy explorations of the American psychedelic rock tradition, presentable enough to meet the in-laws once the scent of weed dissipated, and they earned McCombs more listeners and plaudits. Heartmind is a thornier and ultimately more interesting proposition, returning to the lo-fi experimentation of his earlier records across a breezy 42 minutes.

There are eight tracks here, and almost as many genres, with half the album firmly rooted in American traditions: “Unproud Warrior” a wistful folk waltz with a jazzy rhythm section, a mirage of a Nashville Pentangle; “A Blue, Blue Band” a major-key country ballad with gorgeous harmonies. Both these songs also feature fiddler Charlie Burnham, who provides earthy responses to McCombs’ lines with his artfully distressed voice.

Opener “Music Is Blue” is crunchy rock with complex Crimson rhythms, “Karaoke” evokes The Cure’s mid-’80s pop pomp and “Belong To Heaven” is electric folk with a tinge of the Caribbean. That’s not the only global influence on Heartmind: a jet-setting cousin of Mangy Love’s Afrobeat-influenced “Run Sister Run”, “Krakatau” is full-on cumbia with multi-tracked percussion, the sound degraded like a cassette that Habibi Funk might have found in a cellar. The closing title track is perhaps McCombs’ own version of spiritual jazz, with corvid saxophone, Moog synth, electric guitar and uillean pipes – a surprisingly psychedelic instrument – extending the piece to eight and a half minutes.

“New Earth” is positively tropical, a kitsch slice of exotica with bossa nova chords and artificial bird noises, McCombs’ soft vocals backed by a female chorus. Listen with half an ear and you’ll notice lines about “such a glad day” and “today is the birth of a new earth”, but dig a little deeper, and some kind of apocalypse seems to have occurred, perhaps the destruction of the earth itself. This “glad day”, you realise, has come “after a very, very, very bad day”, McCombs keening “thank God time has ended”. Elsewhere in the song, “tweeting was muted all season… Mr Musk was in a bad way/Stewing in his bullion like a phony chef…”

“Unproud Warrior” plays the same trick as “New Earth” and “Don’t Vote”. A tale of a young, discharged soldier, it initially romanticises the plight of the veteran: “September the second, 2017/That’s your discharge date, etched in your soul/It’s been nearly two years now, gone by so fast”. The character is suffering with the things he did, and with the reality of war compared to the movies. But as the picture comes into focus, McCombs suggests that he alone is responsible for his choices – “a soldier is not a cog, but a man, like any other”. He even argues that youth is no excuse, pointing out the ages at which Mary Shelley wrote Frankenstein, SE Hinton The Outsiders and Stephen Crane The Red Badge Of Courage, “which is still known as one of the most realistic depictions of war/Even though Crane was born after the Civil War ended”. It’s brave, but it works.

McCombs mostly uses his Twitter account to pay tribute to departed artists and friends, and Heartmind is dedicated to three of his lost compadres, Neal Casal, Girls’ Chet ‘JR’ White and Sam Jayne. “Belong To Heaven” is a fitting memorial, sincere and touching but still nuanced – “for all the questions I want to ask/I hope that you find peace at last… so far away from all that now/I guess it doesn’t matter anyhow”.

Like Thom Yorke, McCombs has a voice that sounds endlessly sincere, and like Yorke, it means the humour in his lyrics can often be lost. There is, though, a great deal of comedy on Heartmind. “Karaoke” opens in a bar, a character taking the stage, “a Chiffon, a Supreme/And reading from a TV screen”. Breezily sprinkling its lines with titles of karaoke classics, it raises questions about authenticity and the roles we play. “Guess I’m a load of karaoke too”, he concludes. It’s a real ear-worm, the one track here that could displace “County Lines” as McCombs’ ‘hit’.

“A Blue, Blue Band” also provides light relief. The tale of a group from Virginia City, Nevada, in a blue van, who turn audiences blue too, it meanders through multiple comic verses – “there’s a tremendous harmonica player whose name now escapes me” – before ending with a reminder of the power of music, an echo of the opening “Music Is Blue”: “Listen to them playing what’s been weighing heavy on your heart”.

Perhaps that’s McCombs’ conclusion on Heartmind: that music, from karaoke to bar-room ballads, can affect us in ways nothing else can, can change hearts and minds even more than sleeping in a jar may do. The message is unclear, messy even, as things are in real life, more often than in song.

Ultimately, pinning this endlessly complex songwriter’s work down to a single tagline or meaning is unwise. His songs are not always easy, they’re not always straightforward, but 10 albums in, they’re mounting up to create one of the most impressive bodies of work of the century so far. Surely, Diogenes would have dug him too.