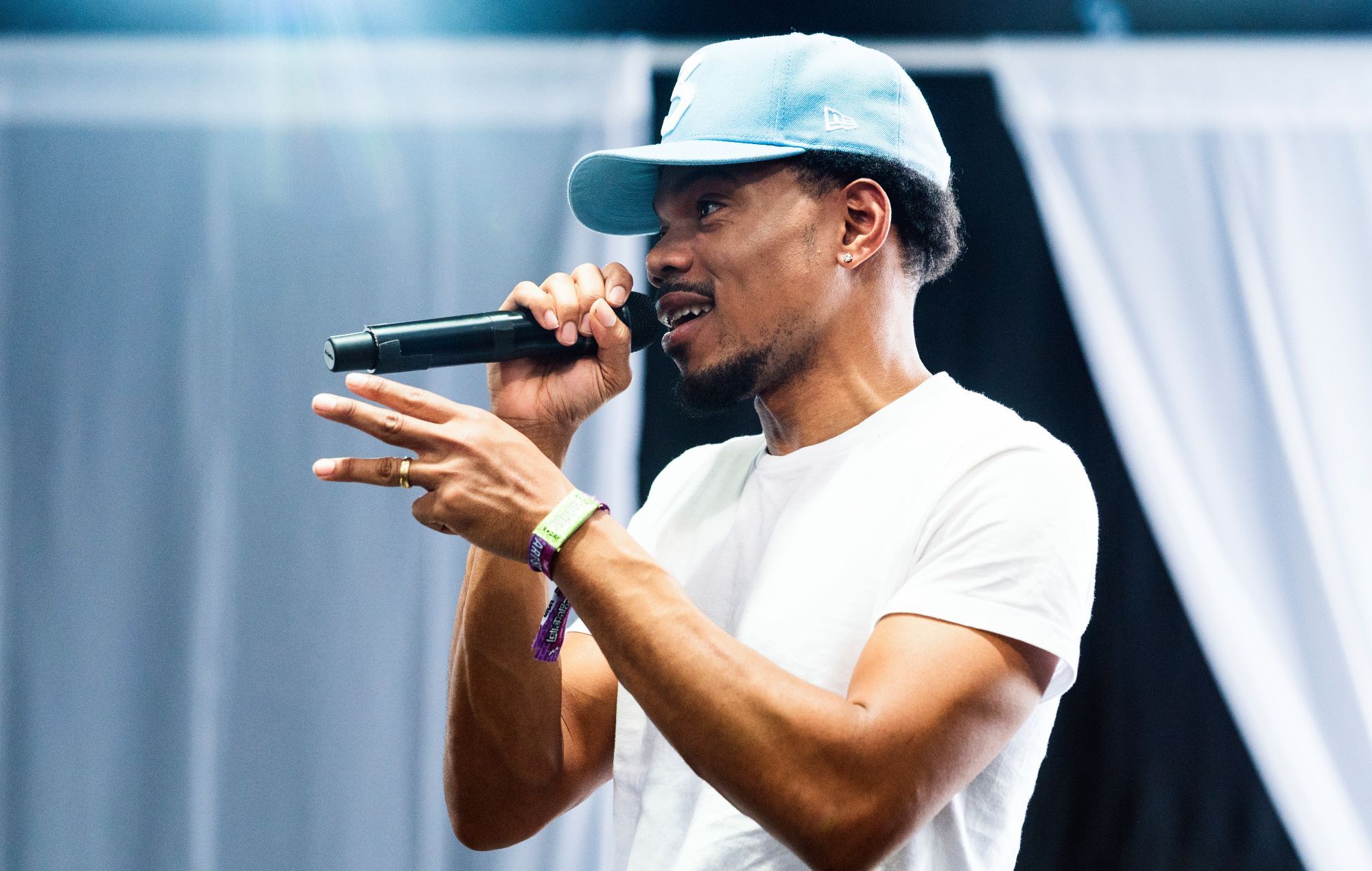 Chance The Rapper responds to suggestion he’s flopped: “N****s was saying I fell off when I was in high school!”

Chance The Rapper has responded to suggestions online that his career has “fallen off”.

The rapper was talking to The Breakfast Club earlier this week when co-host Charlamagne Tha God asked him about how he deals with negative criticism of his work.

“How hard is it to not feed into criticism you may see of yourself online? Because there is a lot of chatter online that they like to say Chance the Rapper fell off, that’s their language,” Charlamagne asked him in the studio, the footage of which you can watch below.

“Man. I don’t know,” Chance replied. “To me it’s like, I could do one of two things: I could either agree with it, or I could live my life. If I agree with it, then that means The Breakfast Club fell off, ’cause y’all don’t have people that fell off sitting in your chair I don’t think, usually. And so I feel like I gotta stay on my path.”

He then went on to say that he was facing such criticism as early as high school, a few years before the release of his celebrated mixtapes such as 2013’s ‘Acid Rap‘.

He continued: “I can joke about it, but it is tough, but it’s like, I don’t know, what can I say? Tell people that my feelings are hurt?”

Chance explained that he doesn’t let nasty remarks get in the way of his career and that he intends to keep creating music independently for as long as he can.

“I could listen to people that think about artists like they’re fucking Pokémon cards, like these commodified trading cards that’s like, ‘Oh, your fucking 2K rating just went down.’ Like, fuck them n****s, these n****s is lame as hell!” he said.

Meanwhile, Chance has opened up about last year’s leaked footage of himself being yelled at by Kanye West, saying that the interaction made him “evaluate” their friendship.

In January 2021 a video emerged of Chance and West in the studio together for a ‘DONDA’ recording session. It appeared to show West — now legally known as Ye — growing increasingly agitated before lashing out at Chance, telling him to sit his “ass down and listen to the album or leave”.

The clip was part of a ‘DONDA’ documentary being made by Dame Dash. In his narration of the scene, Dash said Chance had come out to see West due to the publicity surrounding his declining mental health.

“I did come out there to check on my friend,” Chance confirmed. “Me and a lot of other people still have love for Ye. But he’s human, he’s not perfect. He was obviously going through it at that time … It made me evaluate my friendship with him, for sure. I had never been so close to him going through an episode.”

He added: “At the end of the day, I definitely love the dude. That’s my guy. It sucks that sometimes people can exploit a moment that is a genuine moment.”