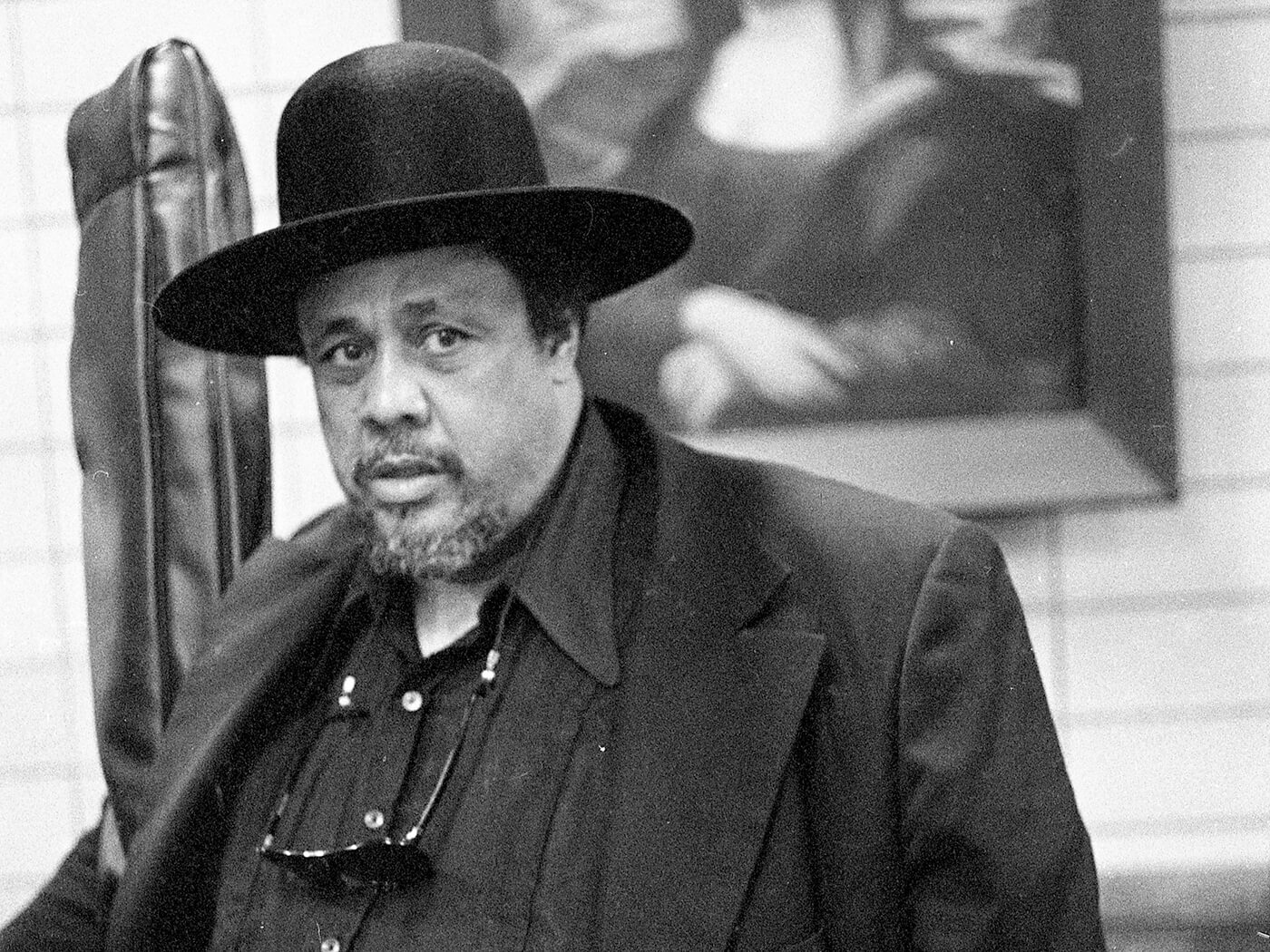 Charles Mingus – The Black Saint and the Sinner Lady

Where Monk was mysteriously interior and Coltrane beatific, Mingus was volcanic, a big, turbulent man who notoriously punched the embouchure and prospects of his trombonist Jimmy Knepper to bits, and regularly blew his own career stormily off-course. His autobiography Beneath The Underdog saw his music subsumed by wild pornographic excess, even a composing sanctum in a plush New York pad paid for by the tortured pimping of willing lovers. Where smack and a wounded liver were the crosses Coltrane’s genius bore, libido and temper were Mingus’, snagged at root on American racism’s barbed-wire, which sometimes made him feel that even playing jazz was a defeat, compared to the major classical writing his skin colour (and Nina Simone’s and Billy Strayhorn’s) denied him. His music’s surging peak in 1957-’65 sublimated this painful, erratic, wholly committed life into passages of churning ecstasy, near chaos and sorrowful beauty. Tenderness and yearning spirituality were this furious man’s grace notes, as strong as gentle John Coltrane’s.

These two vinyl reissues are part of Universal’s jazz imprints’ new high-end, high-priced range. Mastered from analogue, with luxurious sleeves, they actually offer vinyl fetishists’ mythic warmth and fidelity for an extra tenner, so this is as good a way as any to sink into Mingus.

Mingus’ own exhaustive liner notes to The Black Saint And The Sinner Lady (1963), setting out his compositions’ ambition, castigating his pianist and bemoaning his arranger’s fee, asking the listener to “throw all other records of mine away except maybe one other”, then leaving his psychiatrist to describe the album, gives a pungent, early taste of the man. The album is a song-suite, with the opener Solo Dancer entering on a swarm of saxes, the sound choppily tidal and almost inchoate, but achieving a turbulent coherence that partly defines its composer. Group Dancers is fragmented, clashing dance music, its Spanish guitar meant to recall the Spanish Inquisition; Mingus’ lonely, intimately personal classical piano solo lingers longer.

Mingus Mingus Mingus Mingus Mingus (1964) is more approachable, revisiting themes from the revered Mingus Ah Um (1959), with Mingus’ bass high in the mix. On Ellington’s Mood Indigo, he finds in his previously unheralded instrument airy melody and pianistic introspection, as mournfully slow and delicate brass completes a version of riverine, languid bliss, finding the familiar tune’s perfect essence. 1 x Love sees the clarinet floating across a sensuous arrangement, and the smooching saxes breathily full and sweet, in a dreamily intoxicated tune. Theme For Lester Young is Mingus’ renamed standard Goodbye Pork Pie Hat, where the beautiful love behind his blinding rage is clear to hear.