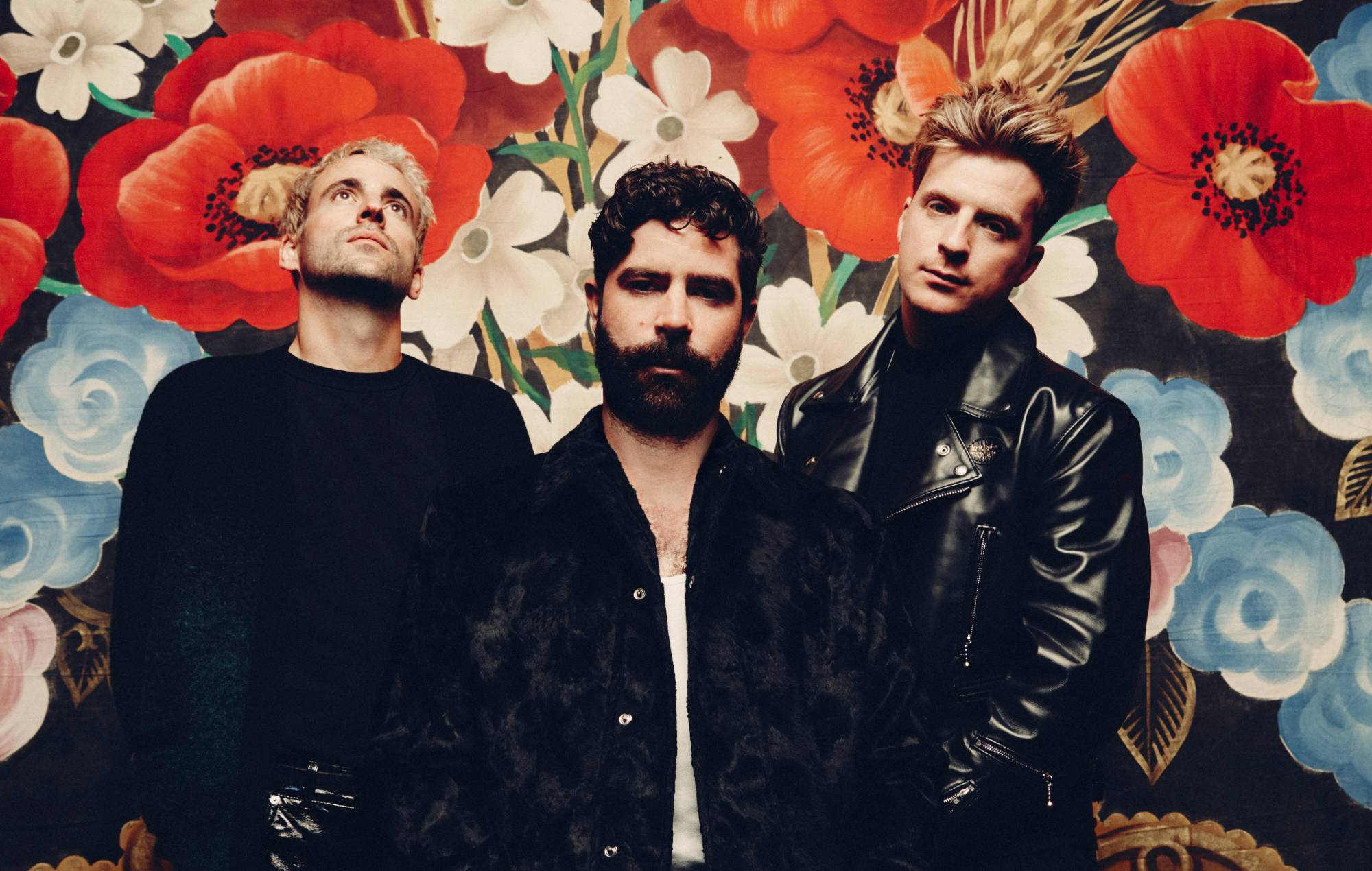 Foals have shared their rave-driven new single ‘Wake Me Up’. Check it out below, and our new interview with frontman Yannis Philippakis talking us through their new album above.

Having been teasing their return for the past week, the band have now stormed back with the first taster of the follow-up to their 2019 sister albums ‘Everything Not Saved Will Be Lost: Part One’ and ‘Part Two’– leaning on the much more funk and dancefloor-inspired elements of the band’s sound, and inspired as the “antithesis” of the lockdown blues.

“It was quite a long road, with the pandemic winter and all of that in England,” Philippakis told NME. “It was everywhere, but it felt especially bleak and encroaching in the UK with the weather, no pubs and how bad COVID got. When we were writing [‘Wake Me Up’], it was almost like wishful thinking that we’d ever come out; that there would be a world to return to. At certain points it felt unremittingly bleak.

“We’re just super-excited that it can come out. We’re just psyched on it.”

The song, along with the rest of their upcoming new material, was written in a “small and grunge-y” rehearsal room in Peckham – which further pushed the band to imagine dreamier climbs.

“We just really wanted to write transporter music that would just take us out of that room and the current time and the whole situation with the pandemic,” said Philippakis. “We wanted to be transported anywhere else. We were craving it for ourselves almost as musical therapy, but also definitely thinking, ‘When and if things get back to normal, it’s going to be a joyous explosion of energy’. We wanted to write music that anticipated that.”

With lyrics that sing of “walking through a dream” and “dancing in the mountains“, Yannis told us how he wanted to paint himself into a place that was “anywhere else than where I was”.

“I wanted to be in the finest place I’d ever seen. I wanted to be up in the mountains dancing, I wanted to be out of the fever dream that was the last 18 months,” he admitted. “The main line, ‘Wake me up’ is saying, ‘Pinch me – get me out of here’. It’s pretty self-explanatory. There are a few voodoo curveballs in the lyrics, but it’s just that feeling.”

As for how representative ‘Wake Me Up’ is of the rest of the band’s anticipated seventh studio album, Yannis explained how the other new songs matched its “ecstatic vibe”.

“We were definitely in this place where we wanted to write rhythmic music,” he said. “We wanted to tap back into grooves and rhythms. We were thinking about [2008 debut album] ‘Antidotes’ again and writing our version of a dance record with light, joy and space in it. This is a good taster for that.”

He continued: “The songs that are to come don’t necessarily have funk basslines and stuff. There are different mediums, but I’d say that the music that’s coming over the next year comes from a place of thinking about parties, partying and ‘going out’ records – records that would take us to the beach. This is the antithesis of what was going on at the time, so all of it shares a confetti cannon, hands in the air vibe.”

Whereas the band’s last two records had a heavy post-apocalyptic concept, the frontman explained how what’s to come is more about “the approach and the music”.

“With ‘Everything Not Saved…’, we let ourselves write everything,” he said. “We painted every wall and every corner of the space we were in and indulged all of that. With this one, we wanted to have a stricter palette.

“We’ve made something’s that concise and of vibe, and that vibe is the world re-emerging to find itself in some ways better than ever, eventually.”

This also marks the first material that the band have written, recorded and released without keyboardist Edwin Congreave – who announced his amicable departure back in September in order to focus on his economics studies and efforts to “mitigate the imminent climate catastrophe”.

“Obviously it’s sad when anyone leaves a band,” Philippakis told NME. “I think that it rattles the chemistry a little, but sometimes that rattling can be good. I think that he’s left for the right reasons and we’re happy for him. We left on good terms, and he’s going to try and save the world – which is a pretty venerable pursuit.”

The singer went on: “We feel good about it. Writing the record with the three of us was kind of streamlined in a way. There’s just one less cook in the kitchen, so that was interesting. There’s also something about just the three of us writing it where it meant that there was more space for us to explore in the studio, which led to more space in the songs.”

Fans can expect to see Foals as a trio in action when they eventually hit the road again for their long overdue and rescheduled headline tour next spring – which Yannis said would have the energy to match their new material.

“Honestly, once this new music comes out, it’s just solid good times – an explosion of energy and emotion,” he said. “Come with your friends, lose your mind, enjoy the live music and fucking get down. That’s going to be the vibe.”

Foals’ run of UK and European headline dates kicks off in May. Visit here for tickets and more information.