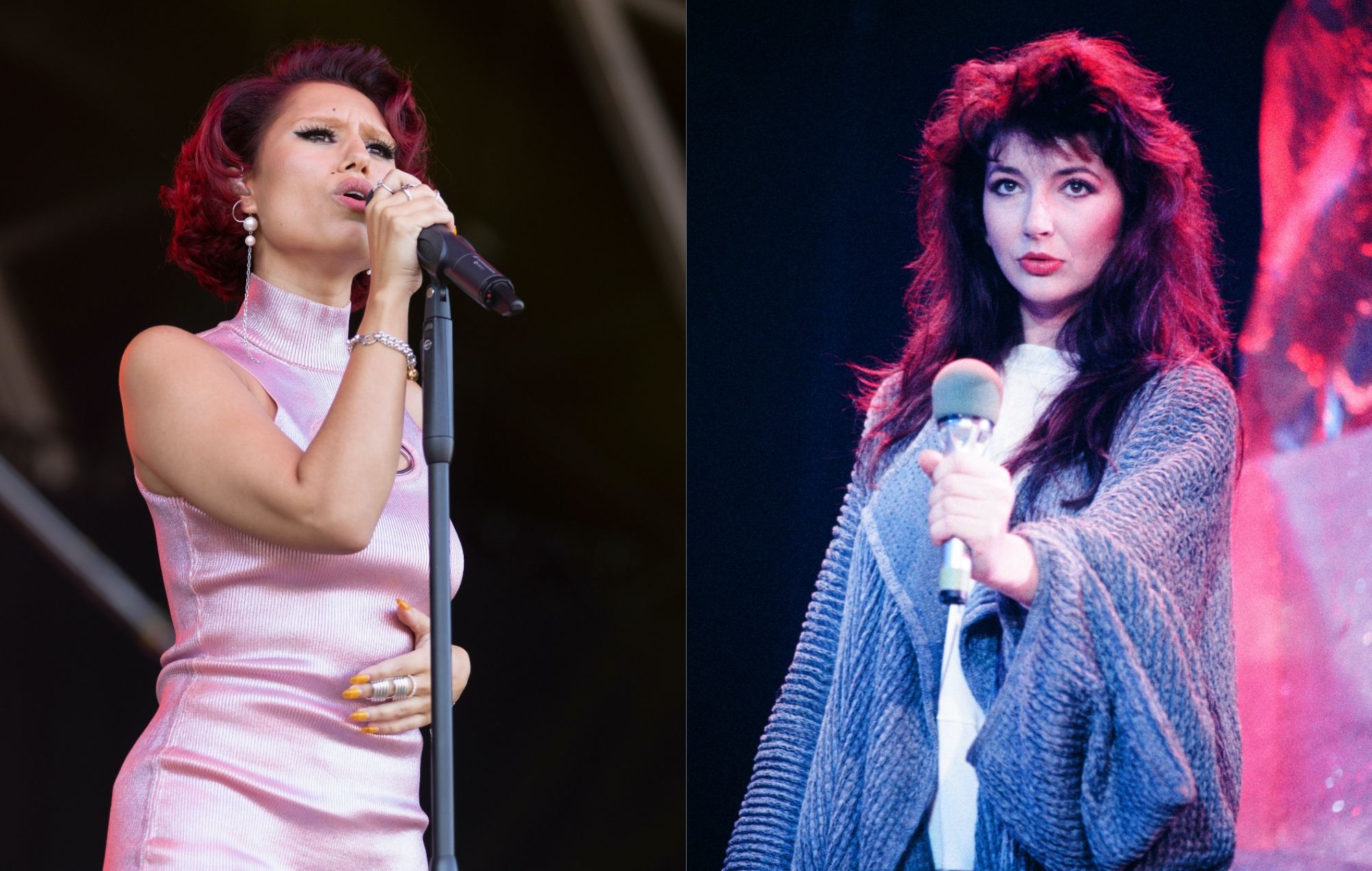 RAYE has covered Kate Bush‘s ‘Running Up That Hill (A Deal With God)’ as part of this year’s Live Lounge Month – check out the video below.

RAYE then took on Bush’s classic 1985 single, which has seen a huge spike in popularity of late owing to its appearance in Stranger Things 4.

For her version, the London artist removed the galloping beat and synths that feature in the original song in favour of piano and stings.

“I didn’t feel it was the right thing to change much. We’re bringing it down – no drums, kind of like [a] ballad,” RAYE explained of her moody, stripped-back take on ‘Running Up That Hill’.

“[Bush] 100 per cent wrote this record, 100 per cent produced it… she’s like one of my idols. I’m not gonna infiltrate her melody. I’m just gonna sing it Kate Bush-style, but obviously with my voice.”

Following the performance, RAYE said: “If she ever heard it, I just hope she wouldn’t hate it cause she’s like the woman, you know what I’m saying?”

Watch RAYE’s appearance in the Live Lounge in the videos above, and listen to the full session on BBC Sounds.

Live Lounge Month 2022 has already welcomed Self Esteem, Yungblud and Wet Leg. Other acts set to appear include The 1975, Willow, Nova Twins, Beabadoobee and Rina Sawayama.

RAYE has been teasing her forthcoming debut studio throughout 2022, and has described ‘Black Mascara’ as “the only upbeat dance track” on the record.

Meanwhile, Kate Bush has reissued ‘Running Up That Hill (A Deal With God)’ as a CD single.

The song recently led Spotify’s Top Songs Of Summer 2022 steaming report along with ‘As It Was’ by Harry Styles. ‘RUTH’ came in at second place on the global run-down, but took the top position above Styles as the platform’s most-played song of summer in the US.