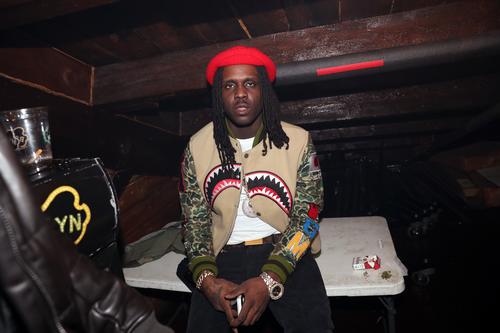 Chief Keef’s had a great 2017 but he also found himself in some trouble. While managing to push out four separate projects, he had his fair share run ins with the law. Back in April 2017, the Chicago rapper was arrested in Miami after police claimed they spotted him doing a marijuana transaction. While Keef has since denied it, he was later booked on a DUI charge. Now, the results his urine test come in and it’s looking like he had a few substances in his system at the time.

Chief Keef reportedly had eight different drugs in his system at the time his DUI charge, according to TMZ. Not only was Chief Keef found with THC in his system, he also reportedly had Morphine, Codeine, Promethazine, Hydrocodone, Norcodeine, Dihydrocodeine and Hydromorphone in his urine test as well. Apparently, The State’s attorney dropped the charge on Tuesday due to an issue with scheduling but later refiled earlier today.

This isn’t the only report Chief Keef’s legal trouble to surface recently. Last week, it was reported that the rapper was issued an arrest warrant in California due to skipping a court date in early December. The rapper was scheduled to go to court because he was caught driving on a suspended or revoked license after getting into a fender bender in Hollywood.

Aside from his legal issues, we’re hoping to get the same prolific run from Chief Keef this year as we did last.